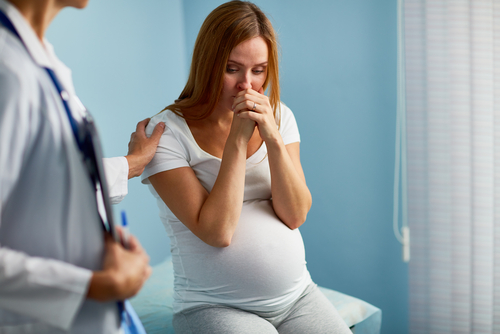 Reassurance for Your Pregnant Patients on Antidepressants, Study Shows

A study of the children of 145,702 women who had taken antidepressants during their pregnancies found their children did not have an increased rate of the most common neurodevelopmental disorders.

Measuring exposure to the pregnant

The Centers for Disease Control and Prevention (CDC) shows that 1 in 10 women between the ages of 18 and 39 use antidepressants.

Providers Should be Aware Risk Factors in this Cohort

It is safe to treat pregnant women with high blood…

Using 2 large health care utilization databases, the US-based cohort in this study followed children from 145,702 antidepressant-exposed and 3,032,745 unexposed pregnancies from birth until outcome diagnosis, disenrollment, death, or end of study, for a maximum of 14 years.

What agents did they measure?

Exposure was assessed for the 5 most commonly used antidepressant drugs: sertraline, fluoxetine, bupropion, citalopram, and escitalopram.

While antidepressant use during pregnancy has been associated with neurodevelopmental disorders in children in some previous studies, according to the authors, these results may be explained by uncontrolled confounding factors including parental mental health status, genetics, and environmental variables.

What did this study do differently?

Although unadjusted, crude results in this study suggested up to a doubling in risk of neurodevelopmental outcomes associated with antidepressant exposure, no association was observed in the most fully adjusted analyses.  The results after adjusting for cofounding factors point to an increased risk of neurodevelopmental disorders owing to factors associated with antidepressant use during pregnancy, but not the medication itself, the authors wrote.

However, the researchers cautioned, “Given strong crude associations, antidepressant exposure in pregnancy may be an important marker for the need of early screening and intervention.”

A downloadable PDF of the complete study, “Association of Antidepressant Use During Pregnancy With Risk of Neurodevelopmental Disorders in Children,” can be found at no cost here.

Be sure to read an Expert View essay from the American College of Obstetricians and Gynecologists (ACOG), “What I Tell My Pregnant and Postpartum Patients About Depression and Anxiety,” penned by Nazanin E. Silver, MD, MPH, FACOG, an ob-gyn and psychiatrist, on how she talks with patients about mental health conditions and treatment options.

Another practice essential in caring for your pregnant patients is ACOG’s latest Committee on Obstetric Practice’s Committee Opinion Number 757, “Screening for Perinatal Depression.”  It lists risk factors to assist with systematically identifying patients with perinatal depression, validated screening tools, as well as links to additional resources for you including ACOG’s guidance on Coding for Perinatal Depression.  While you’re on the site, don’t miss the link to the clinician-facing instructional webinar, “Addressing Perinatal Mood and Anxiety Disorders: Strategies for Women’s Health Care Providers.”

ACOG also offers a wealth of free resources for your patients with depression.  Be sure to check out the comprehensive FAQ list, “Depression During Pregnancy.”  The page also lists information on 5 helplines, most of which are available 24 hours a day and offer their services in both English and Spanish.

Also included is a link to the US Health Resources & Services Administration’s free, confidential National Maternal Mental Health Hotline, available 24/7 for patient support before, during, and after pregnancy.  There your patients can access professional counselors via text or phone and obtain referrals to local and telehealth providers and support groups.  Your patients receive “culturally sensitive support” from counselors who speak English and Spanish.  In addition, interpreter services are available in 60 languages.  Finally, the site supplies printable wallet cards, newsletter text, and social media post-ready graphics for your practice to promote the National Maternal Mental Health Hotline.  All of these materials are free to download and share.