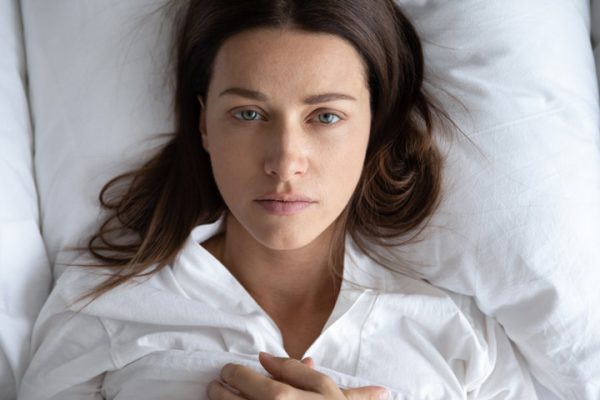 Suicide is a public health issue, and there are differences between men and women in terms of suicide ideation, behavior, attempts, and execution.  Nurse practitioners (NP) in women’s health alongside Obstetrician/gynecologists (Ob/Gyns) are uniquely positioned to assess women’s suicide risk.  These were the research premises of a survey of Ob/gyns just published in Journal of Women’s Health.

This survey investigated women’s health clinicians’ utilization of depression screening tools and their treatment of patients with depressive symptoms.  The findings were encouraging in their conclusions that Ob/Gyns are providing depression screening and treatment.  In fact, of those responding to the survey, most agreed that suicide screening is within their purview, and were knowledgeable about the topic.  However, the survey results also revealed critical knowledge gaps and important opportunities for these practices to be improved about which the study authors wish to alert their women’s health NP colleagues.

There are a number of risk factors associated with women’s health and reproductive cycles, including suicide risk during the perinatal, premenstrual, and perimenopausal periods.  Suicide is the leading cause of death in perinatal women, with the highest risk being 9 to 12 months postpartum, yet suicide during pregnancy and the post-partum period is under-researched and most likely underreported (Zagrabbe, 2018).

It is also important to note that previous suicide attempt is the greatest risk factor for suicide death in the future.  Perinatal mood and anxiety disorders (PMADs) are another risk factor associated with women’s health and suicide.  PMADs are considered the number one complication of pregnancy and childbirth, affecting 1 in 7 pregnant and post-partum women, and costing approximately $14 billion each year (Luca et al., 2019).

In this just published survey conducted by Meaghan Stacy, PhD, Associate Professor of Psychiatry, Department of Psychiatry, Yale University School of Medicine, New Haven, Connecticut, and 3 colleagues from the Department of Obstetrics and Gynecology, University of Washington Medicine, Seattle, Washington, surveys were sent to 220 members of the American College of Obstetricians and Gynecologists (ACOG).

Recipients were Ob/Gyns who had responded to a survey on depression in the 2 years prior to this current survey deployment.  The 53-question survey was distributed to the Pregnancy-Related Care Research Network, and assessed the clinicians’ practices, attitudes, and knowledge regarding suicide risk assessment and management, and their personal experience with suicide.

Questions included those related to standardized depression screening, antidepressant prescribing behavior, use of the Diagnostic and Statistical Manual of Mental Disorders-Fourth Edition (DSM-IV) and knowledge of adolescent depression.

Wilcoxon signed-rank tests with paired samples were used to compare the frequency of screening and interventions for different groups of women, and practices of those with and without suicide experience.  Significance was set at p < 0.05.

Good news—and not so good

The survey response rate was 31.9%.  Respondents were largely White females.  Ob/gyns reported more frequently screening for suicide ideation/intent/behavior among pregnant and postpartum patients than nonpregnant/non-postpartum patients of childbearing age.  The results indicated that a total of 40% of respondents use standardized screening tools for depression with 46% using the Beck Depression Inventory-II and only 5% using the Patient Health Questionnaire-2 (PHQ-2).  The most common assessment tool utilized was the Edinburgh Postnatal Depression Scale.

Importantly, Ob/gyns are not utilizing the recommended validated resources such as the DSM-IV or PHQ-2 for diagnosis of depression or prior to prescribing antidepressants.  It is also notable that about half of respondents (56.5%) reported personal experience with a family member or friend who died by suicide, and 16.2% reported they had a patient die by suicide.

The authors acknowledge that studying only OB/GYN providers omitted other significant groups of women’s health providers such as NPs, other advanced practice providers, or Family Medicine providers, all of whom who may have different screening practices.  “These are an area for future research,” they wrote.

“It is critical for all medical providers to be aware of the possibility that the patient you are working with could be at increased risk for suicide,” Stacy responded when contacted to ask what she believed were the key takeaways of her and her colleague’s work for NPs who treat women.

“Clinicians should ask about ask about personal history of suicide ideation or behavior and ask directly if a patient has suicidal thoughts or plans,” she continued.  “Referrals to mental health providers are essential but may be difficult to access for a number of reasons.  Clinicians should familiarize themselves and collaborate with local mental health resources.  Further, training on safety planning and lethal means counseling could also be beneficial for all clinicians.”

Access Dr. Stacy and colleagues’ paper, “Obstetrician/Gynecologists’ Knowledge, Attitudes, and Practice Regarding Suicide Screening Among Women” via PubMed at https://pubmed.ncbi.nlm.nih.gov/35984865/

ACOG provides its latest clinical guidance “Screening for Perinatal Depression” which includes risk factors and a helpful table of screening instruments validated for use during pregnancy and the postpartum period “to assist with systematically identifying patients with perinatal depression.”

The Office on Women’s Health at the US Department of Health and Human Services provides a 2-page, downloadable PDF “A Fact Sheet on Depression” in a patient friendly Q&A format which concludes with a feature block of trusted-source websites, social media, and helpful phone numbers—including hotlines.

In addition, the Office’s website on Depression for patients provides answers on virtually all aspects of depression in women from diagnosis to treatment options and their impact on fertility, to counsel on exercise, use of St. John’s wort and birth control, and links to 6 key resources from the National Institute of Mental Health, from Mental Health America, and from the National Center for Complementary and Integrative Health.