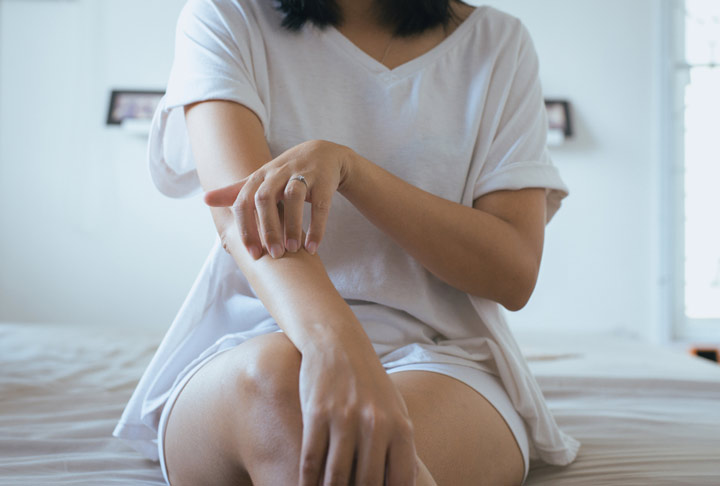 A significant association exists between psoriasis and ectopic pregnancy (EP), indicating that women with psoriasis face greater risk of EP than women without psoriasis, according to study results recently published in the Journal of The American Academy of Dermatology International.  The study examined the association between psoriasis and adverse pregnancy outcomes (APOs) found a significant association between EP and the skin condition.  As EP is the leading cause of maternal morbidity and mortality in the first trimester of pregnancy (Wang et al. 2019), the study team believes that their findings call for particular care for women of reproductive age with psoriasis.

Psoriasis is the most prevalent autoimmune disease in the United States with the most recent 2020 Census data showing that the condition affects as many as 7.5 million Americans.  It is a complex disease with many associated comorbidities—all of which have a negative impact on a patient’s personal, social, and sexual life.

However, there are some unique considerations in the effects of this disease among women.  The average age of diagnosis in women is 28 years, and this onset corresponds to the fertile life of women. In a 2022 review, Bucur and colleagues found that, in women, it can have two peaks of onset:  the first between the ages of 16 to 22, and the second between the ages of 55 to 60.  Over 75% of women experience an early onset of the condition before the age of 40.

Earlier research has suggested that the condition can affect both fecundity and fertility, leading to spontaneous abortion and EP.  Furthermore, it has been hypothesized that women with psoriasis have a higher prevalence of known risk factors for APO including obesity, smoking, gestational hypertension, and lower fertility rates.

Previous studies have also linked APO with an excess of T helper type 17 (Th17) cells that drive systemic inflammation.  In this most recent study, an investigative team led by Cæcilie Bachdal Johansen, MD, of the department of dermatology and venereology and the department of clinical pharmacology at Bispebjerg and Frederiksberg Hospital in Copenhagen, Denmark, conducted a study of over ~42k women to explore the association between psoriasis and APO—and if and how the association differs based on psoriasis severity (mild and moderate-to-severe).

To accomplish this, they conducted a nationwide register-based case-control retrospective study in Denmark with data from 1973 to 2017 collected from the Danish National Patient Registry and the Danish Medical Birth Register.  The data included 42,041 women with APO (EP, stillbirth, intrauterine fetal death [IUFD], spontaneous abortion), of whom 6,225 had mild psoriasis and 201 had moderate-severe psoriasis, with 449,233 women with single live birth as control comparators—all with first-time pregnancy.  A sub-analysis was conducted with psoriatic arthritis (PsA) instead of psoriasis as exposure.

For study purposes, disease severity was defined based on psoriasis treatment the patients had received any time before the index date via hierarchical approach, with moderate-to-severe overruling mild psoriasis, the researchers reported.  Moderate-to-severe psoriasis was considered when pregnant study participants had been treated with any of 13 systemic anti-psoriatic drugs:  acitretin, adalimumab, brodalumab, certolizumab pegol, cyclosporin, etanercept, guselkumab, infliximab, ixekizumab, methotrexate, secukinumab, and ustekinumab.

Overall, a total of 491,963 women with first-time pregnancy outcomes were identified, 689 of whom were excluded for having 2 registered outcomes.

Investigators noted that, in general, the prevalence of ectopic pregnancy in Denmark is approximately 1%.  However, the prevalence was higher in women with psoriasis, peaking among women with moderate-to-severe disease that rendered a roughly 3-fold increased risk.

“The absolute risk of EP was 2.48% higher for women with moderate-to-severe psoriasis compared with women without psoriasis (3.98% vs 1.50%),” the investigators wrote.  They posited that there could be a number of reasons for this increase, but that further exploration and data is required.

“Although embryo implantation and tolerance of pregnancy are extremely complex processes and not yet fully understood, the preexisting inflammatory load in women with severe psoriasis and PsA may facilitate a microenvironment in the fallopian tubes permissive of embryo implantation, resulting in an increased risk of EP,” Johansen and colleagues wrote.  They added that this hypothesis may be reinforced “by psoriasis’ shared immunologic pathway with IBD, which also is associated with an increased risk of EP.”

Considering that EP is the leading cause of maternal morbidity and mortality in the first trimester of pregnancy, the investigators believe that their study results call for specific care of women in the reproductive stage of life who have psoriasis.  Providers should have a clinical suspicion for this complication in women with psoriasis, particularly those with the moderate-to-severe form of the disease.  Sexually active patients should be instructed to go to the ED for an emergency gynecological evaluation if they experience lower abdominal pain, unplanned lack of menstrual bleeding, and concurrent light vaginal bleeding.

While the researchers concluded that their research revealed “a significant association between EP and psoriasis,” they found no association between psoriasis or PsA and spontaneous abortion, IUFD, and stillbirth.  They added that limitations of the study include lack of data confirming psoriasis severity or confounding lifestyle issues.

“Causality between psoriasis and EP cannot be concluded but only the significant association,” the authors noted.  “Clinical studies must be conducted to explore the pathophysiologic mechanism of psoriasis inflammation and APOs, to confirm our findings.”

The complete study can be found at no cost here, “Psoriasis and adverse pregnancy outcomes: A nationwide case-control study in 491,274 women in Denmark.”