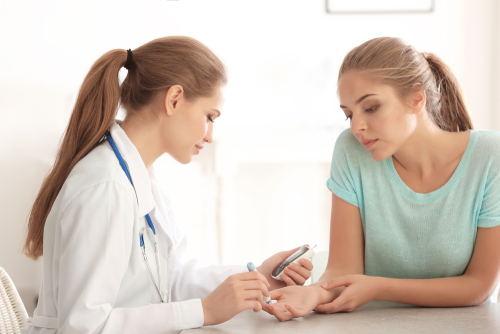 Women who had had a hysterectomy—especially before the age of 50—had an increased incidence of type 2 diabetes in a group of patients enrolled in a long-term French cohort study.

The E3N study is a French prospective study begun in 1990 that follows 98,995 French women born between 1925 and 1950 and affiliated with the health insurance provider of France’s public education system.

The study “focuses on lifestyle, diet, hormones, environment and treatments as major components of women’s health,” according to its website.  Researchers use it to study the connections between cancer, diabetes, and cardiovascular diseases and factors such as lifestyle and diet choices.

Cardiovascular disease (CVD) is the leading cause of death in…

It is safe to treat pregnant women with high blood…

WHNP may participate in the management of high-risk pregnancies when…

At the European Association for the Study of Diabetes annual meeting in September 2022, researchers presented a study that analyzed 81,144 women from the E3N cohort.  The women were free of diabetes at baseline and were followed for a mean of 16.4 years.

A total of 4,367 of the women developed type 2 diabetes during the follow-up.

Women with a history of hysterectomy had an increased risk of incident diabetes, the researchers found.  This risk persisted even after adjustment for confounding factors including education level, physical activity, type of diet, body mass index, smoking status, family history of diabetes, age at menarche, menopausal status, age at menopause, and use of oral contraceptives.

The researchers found no interaction between patients being overweight at baseline and an increased risk of diabetes.

The underlying mechanisms leading to diabetes among women who had had a hysterectomy before age 50 “remain to be elucidated,” wrote the researchers, especially because the data showed the elevated risk was not related to unhealthy diets or physical inactivity.

The Centers for Disease and Prevention (CDC) reports that approximately 600,000 hysterectomies are performed in the United States each year.  Hysterectomy is the second most frequently performed surgical procedure (after cesarean section) for US women who are of reproductive age.  By the age of 60, more than one-third of all women have had a hysterectomy.