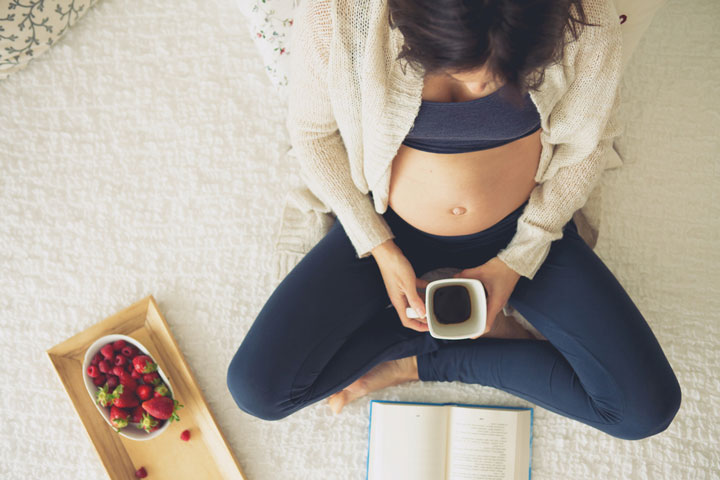 Some Caffeine During Pregnancy Not Only Safe, But Helpful

Having a cup of coffee a day during pregnancy not only doesn’t increase the risk of preeclampsia or hypertension, but it may lower the risk of gestational diabetes, according to a study published last week by researchers at the University of Pennsylvania.

More than 80 percent of women of reproductive age drink caffeine every day. During pregnancy, however, they shouldn’t have more 200 mg of caffeine daily, the equivalent of two, six-ounce cups of coffee, according to guidelines from the American College of Obstetricians and Gynecologists (ACOG).

ACOG’s recommendation is based on studies that suggest a possible impact on pregnancy loss and fetal growth, but there has not been much study of the link between caffeine and maternal health.

A cup a day

The Penn researchers studied more than 2,500 pregnant women and found that those who drank up to 100 mg of caffeine a day, about one cup of coffee, saw no impact on gestational diabetes in the first trimester and a 47 reduction in risk in the second trimester. They also found no differences in blood pressure, hypertension or preeclampsia between those who did and didn’t drink caffeine

“While we were not able to study the association of consumption above the recommended limit, we now know that low-to-moderate caffeine is not associated with an increased risk of gestational diabetes, preeclampsia, or hypertension for expecting mothers,” said the study’s lead author Stefanie Hinkle, PhD, an assistant professor of Epidemiology at Penn.

The findings, published last week in JAMA Network Open, were consistent with previous work that found caffeine can improve energy and decrease fat mass, though it is unclear whether that is attributable to the caffeine or to another chemical in coffee or tea.

“It would not be advised for women who are non-drinkers to initiate caffeinated beverage consumption for the purpose of lowering gestational diabetes risk,” Hinkle said. “But our findings may provide some reassurance to women who already are consuming low to moderate levels of caffeine that such consumption likely will not increase their maternal health risks.”