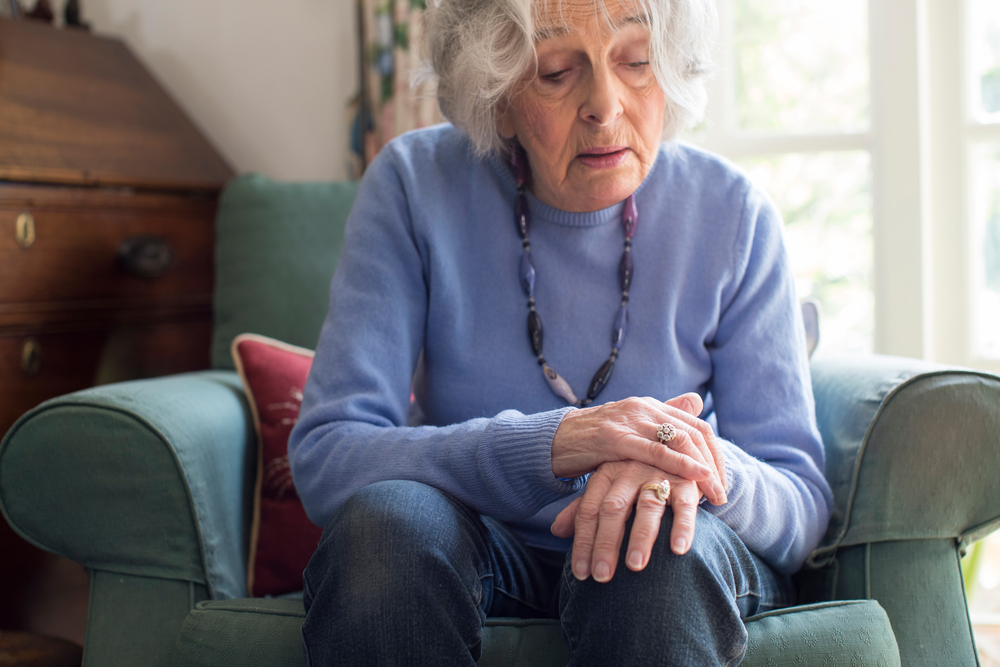 Surgical removal of both ovaries in women under the age of 43 is associated with an increased risk of Parkinson’s disease (PD) and parkinsonism, Mayo Clinic researchers reported on January 14 in the JAMA Network Open.  The research team found that for every 48 women younger than 43 at the time of surgery, 1 additional woman developed Parkinson’s compared to women of the same age who had not had their ovaries removed.

Using health record data from the Rochester Epidemiology Project, the study included 2,750 women who had undergone bilateral oophorectomy and 2,749 women who had not.

The reasons for the surgery were either a benign (noncancerous) condition such as endometriosis, cyst, or other reason, or cancer prevention.

Endometriosis is associated with pelvic pain, dysmenorrhea, dyspareunia, infertility, and…

The development and implementation of an HBOC risk assessment protocol…

PD is a progressive disorder that affects the nervous system and parts of the body controlled by nerves.  Tremors are common, but the disorder may also cause stiffness or slowing of movement.  It often is accompanied by dementia, sleep disorders, and bowel and bladder problems.  Parkinsonism is a general clinical term for slowness of movement along with stiffness, tremor, or loss of balance.

PD is the second most common, age-related neurodegenerative disorder in the US population, affecting ~3% of adults by the age of 65 and up to 5% of adults over 85 years of age (Dexter DT, Jenner P. 2013).  According to statistics from the Parkinson’s Foundation, there are currently more than 400,000 women in the United States living with PD.

Increasing evidence points to biological sex as an important factor in the development and phenotypical expression of PD (Cerri S. et al. 2019).  Although the risk of developing PD is twice as high in men as in women, women have a higher mortality rate and experience faster progression of the disease.  Moreover, motor and nonmotor symptoms, response to treatments, and disease risk factors differ between women and men.  Altogether, sex-related differences in PD support the hypothesis that disease development might involve distinct pathogenic mechanisms (or the same mechanism but in a different way) in male vs. female patients.

As the ovaries are the main source of the hormone estrogen in women, when a woman’s ovaries are surgically removed before she goes through menopause, that source of estrogen and other hormones is lost.  Thus, removal causes an abrupt endocrine dysfunction.

Previous research into the biological rationale for the differences of PD in women than in men has demonstrated that neuroinflammation is an important piece of the pathogenic puzzle of PD.  Estrogens play a preponderant role in the sex differences in PD, providing disease protection as demonstrated by the similar incidence of the disease in men and post-menopausal women.  Since estrogens have anti-inflammatory properties, their actions throughout the lifespan could partially account for sex-related risk and manifestation of PD.

The differences in how PD manifests in women also extend to female patients’ diagnosis and treatment.  Research has found that it takes up to 61% longer for women to be referred to a movement disorder specialist than men after they first develop PD symptoms (Saunders-Pullman R. et al. 2011).

According to Walter A. Rocca, MD, MPH, a Mayo Clinic-based neurologist and epidemiologist who served as first author of the JAMA Network Open study, the researchers’ results support current guidelines that removal of both ovaries should not be performed in order to prevent ovarian cancer in women who are at average risk of cancer.  In addition, he states that these most recent findings confirm an earlier 2008 study which Rocca also led that suggested that the lack of estrogen caused by removal of both ovaries in younger women may be associated with an increased risk of Parkinson’s disease and parkinsonism.

For women who carry a high-risk genetic variant for ovarian cancer, ovary removal before menopause may be indicated, but women should receive estrogen therapy after surgery up to age 50 or 51, the approximate age of spontaneous menopause, he counseled.

In a statement from Mayo Clinic which accompanied the study’s release, Rocca stated, “As of today, it is not recommended to use estrogen therapy for the prevention of dementia or parkinsonism after spontaneous menopause in women who are age 46 to 55.”

“But this study and previous studies suggest that estrogen therapy is important in women whose ovaries were surgically removed younger than age 46,” he concluded.  “Particularly vulnerable are women who underwent this surgically induced menopause before age 40.”

A downloadable PDF of the complete study, “Association of Premenopausal Bilateral Oophorectomy With Parkinsonism and Parkinson Disease,” is available free here.

Don’t miss a recent clinician call to action from 6 medical leaders in PD from the United States, Canada, and Europe.  In “Unmet Needs of Women Living with Parkinson’s Disease: Gaps and Controversies,” the PD experts assert that the perception that PD is primarily a disease of white older men has led to gaps in care for women and people of color who have the disease.  As a result, the unique clinical needs of women with PD—from its effects on fertility, pregnancy, the menstrual cycle, and menopause, to how it influences work and family life balance—go overlooked in women’s treatment.

You can also link to a no-cost, comprehensive ~25-minute podcast interview with the call to action’s primary author, as well as a full transcript of the interview, here.

The Parkinson’s Foundation is seeking solutions for women-specific issues to help improve the health and well-being of women with PD.  As part of that commitment, the Foundation is hosting a no-cost upcoming educational event entitled “Women and Parkinson’s,” scheduled for April 28, 2023, in Scottsdale, AZ.

Free attendance at both the 3-hour in-person and online event is being offered to all interested in this critical topic: patients, families, friends, caregiver support individuals, and healthcare workers.  Find more information, including registration links, here.