Caring for widows in the aftermath of loss: Implications for nurse practitioners and midwives 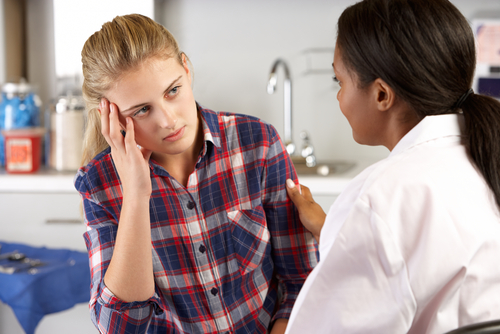 More than 11.8 million widows live in the United States, with an estimated 258.5 million worldwide.1,2 A widow is defined as a woman who has lost her spouse or partner by death and usually has not remarried or re-partnered.3 The term continues to refer to women. There is currently no commonly accepted term for widows from the transgender community.

The high rates of mortality from the Covid-19 pandemic are now creating even more widows.4 Racial inequities and the disproportionate number of deaths in Black men caused by Covid-19 and violence contribute to the growing numbers of widows of color. More research is needed on the effects of widowhood in diverse populations, such as Black women and lesbian, gay, bisexual, transgender, and questioning (LGBTQ) adults.

Widows often delay their own healthcare needs while caring for an ill partner, and the profound grief following the loss of a partner or spouse has far-reaching consequences for a widow’s mental and physical health. Additionally, bereavement and social adjustments following a partner’s loss often postpone self-care.5

The financial, emotional, and health effects of widowhood across countries, cultures, ethnicities, and age groups have prompted global recognition of this issue. In 2010, the United Nations declared June 23 as International Widows’ Day following efforts to bring attention to the needs of widows.1 In 2016, the first World Widows Report evaluated how both developing and developed countries treated widows and was among the first to address widowhood and highlight its significant effects on a woman’s overall well-being and quality of life.1

A widow’s perception of her health status following loss can be affected by a variety of personal experiences and factors including race, gender, socioeconomic status, cause of spouse or partner death, cultural expectations, presence or absence of chronic illness, and family and social support systems.1,6 This perception of health can determine how a widow reacts to and seeks care for health changes after becoming a widow.

Physical and emotional effects of widowhood

The physical and emotional effects of widowhood are evidenced in a variety of ways. The mortality risk for widows almost doubles in the first 3 months following widowhood.7 One contributor to this phenomenon is the Takotsubo cardiomyopathy syndrome (broken heart syndrome), a recognized cardiac-related, physical manifestation of prolonged stress with a significant inflammatory response in the cardiovascular system.8 During acute stress, hormones such as norepinephrine, epinephrine, and dopamine can cause a sudden change in cardiac activity known as cardiac stunning. Unlike a myocardial infarction, there is no obstructive coronary artery disease but rather expansion of the left ventricle.9 Postmenopausal women, who constitute the population most often affected by widowhood, are also the population most at risk for the Takotsubo syndrome.10

Cardiovascular events are just one physical health risk associated with widowhood. The risk of prediabetes, particularly for those with a family history of dyslipidemia, has been significantly associated with widowhood. Continued stress from traumatic events can increase the risk of type 2 diabetes especially among older women almost twofold.11 Other studies have identified hypertension, hip fractures within 6 months, vascular-related diseases, and periodontal disease as risks for widows in the first months and years after their loss.12–14

Bereavement impacts a widow’s mental health and behavior, including an increased risk for depression, poor nutritional intake, and sleep disturbances.15 Widowhood may also accelerate cognitive decline over time.16 Widows are at a greater risk for unhealthy lifestyle behaviors such as poor eating habits and lack of regular exercise as a result of the changes in daily activities brought about by their loss. Some widows increase their alcohol intake in their efforts to cope, leading to alcohol use disorders. These all lead to the potential decline in overall health and increased risk for death.8

The Holmes-Rahe Life Stress Inventory assessment tool lists the death of a spouse as the highest mean value stressful life event and risk factor for stress-induced health breakdown. Changes in one’s financial situation and housing arrangements can magnify the stress, which raises the odds of having a major health breakdown within 2 years following the loss to 50% to 80%.17

Widowhood can also lead to social isolation and loneliness. Recent reports suggest that these factors put widows at risk for a 50% increase for dementia, a 29% increase for heart disease, a 32% increase for stroke, as well as profound effects on the body’s inflammatory response.18,19 Social isolation, loneliness, and exclusion from the partner’s family have been particularly noted in LGBTQ spouse/partner losses as a result of not having the relationship validated or acknowledged by others.20

Health issues in widows are not limited to short-term experiences, and researchers have suggested that the physical effects of bereavement often last longer than 1 year, with changes persisting beyond the initial 6-month period following their loss. A cross-sectional descriptive survey of 173 widows showed that grief lasted up to at least 5 years after the spouse/partner’s death.21 Participants in the study reported that there was a connection between their stress and the development of physical symptoms such as pain, gastrointestinal problems, medical/surgical conditions, sleep disturbances, and neurologic/circulatory issues.

Women’s health nurse practitioners (WHNPs) and midwives are in a position to identify changes in a widow’s health status, monitor for potential side effects, promote healthy behaviors, and offer resources to cope with the grieving process. Widows may not be aware of both the increased risks of various health problems that emerge during the grieving process and the value of paying attention to their own needs through scheduling appointments with their women’s healthcare providers. Many widows are overwhelmed by the enormity of life changes brought about by their loss, instead focusing on orchestrating financial, family, and social needs. Additionally, some widows took on much of the caregiving during their spouse or partner’s illness, leaving them exhausted and with limited time and resources to attend to their own health.

Grief is not a linear or short-term process. Effects on health can continue for months and even years after loss. Comprehensive surveillance through frequent healthcare visits with WHNPs and midwives should begin within the first year as an important step in promoting a healthy future for widows. A need also exists for updated health screening tools that enable providers to identify widows whose bereavement stress puts them at risk for changes in their health status. Improving social connections and accessing healthcare support from nurse practitioners and midwives can help support a healthy life as widows move forward following the loss of a spouse or partner.