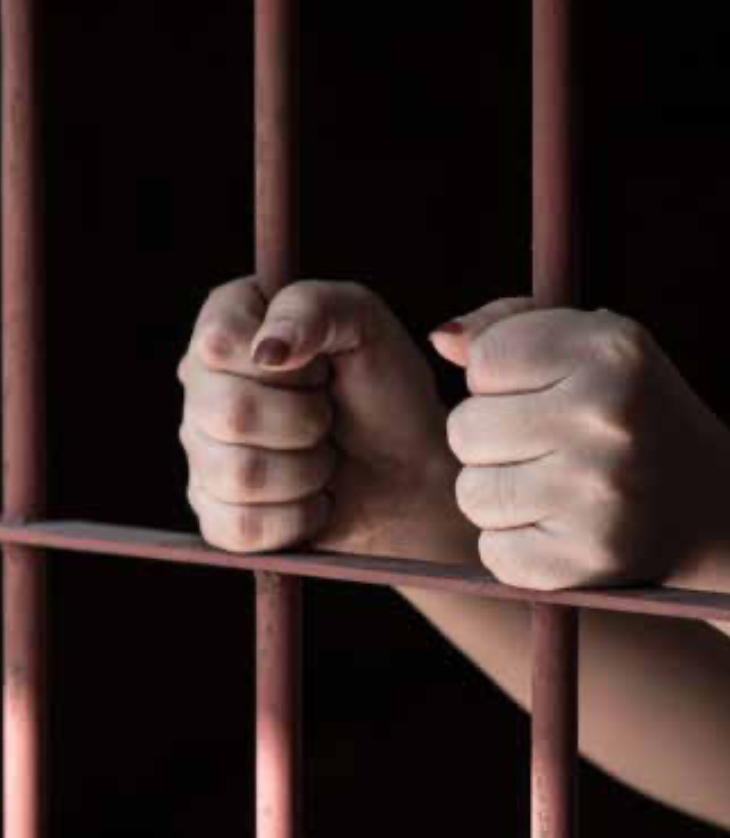 Rewards and challenges of caring for women in custody: Perspective of a women’s health nurse practitioner

Before I describe my work in the prison system as a women’s health nurse practitioner (WHNP), I want to explain the path I took to get here. It was decades ago when I started my nursing career on a high-risk labor and delivery unit. At that time, I took part in a prison ministry, and during night shift, I would often take the prisoners’ homework in a Bible study series to grade. Many of my peers believed I was wasting my time, but I felt it personally rewarding just as much as I felt I was helping the prisoners. Now, let’s fast forward about 10 years to when I relocated with my family to Sydney, Australia. The role of a nurse practitioner (NP) was and still is new in Australia. Not only was I an American in a foreign country but also it seemed that my role as an NP was not very familiar or well defined. Nevertheless, there was a place for me in the prison system in Sydney. Relatively few providers were willing to work in a prison setting, so there was a need. I also was excited to explore this new avenue of women’s health and medicine within the confines of the Australian prison system.

Prior to starting my work in Sydney, I had some preconceived ideas of what working in prison would be like. I thought the nurses and guards would be big and mean. I thought there would be reports of rape and abuse, with the inmates yelling profanities and hurling things at me. These were misconceptions. The medical staff looked like they could have been working anywhere. The guards were stern but respectful. Even the inmates were mostly respectful. They were addressed as Ms. or ma’am, and they called the staff Mr. or Ms. in return. They were grateful and thanked me for helping to manage their medical concerns. Some might suggest that they were manipulative at times. They would try to get all their needs taken care of in one visit for fear they would not get to see me again, really not unlike what occurs in the free world. I was afraid of them at first. A healthy bit of fear is not bad but to be afraid also can result in putting up walls.

My time in Sydney lasted one year before moving back to the United States, but it was enough time for me to realize I liked working in corrections medicine or, as they called it in Australia, “justice health.” I also learned some important things while working in the Sydney prison system. Although I had easy access to look into each of the inmates’ files to see what crimes they had committed, I learned quickly that I did not want to know. Such information was irrelevant to my job as their medical provider. I did not want it to change the way I viewed them as my patients. I did not call them “inmates” or “offenders,” terms often used in the United States. That is what the guards and prison staff called them. Prisoners fear those people, and there are walls and bars between them. I wanted barriers dropped, so I called them what they were, my patients. I also learned in Australia that when I was caring for a patient, I needed to see them as someone’s mother, daughter, wife, sister, niece, or best friend and not as an inmate, offender, or prisoner.

When I began working in corrections medicine in the United States, I quickly noticed that although there were similarities, there were also differences between its practice in the two countries. Unlike Australia, we have three levels to our system—county jail, state prison, and federal prison—and funding for these facilities comes from those sources. Females are housed in different facilities from males in all three levels, including juvenile detention centers. In most states, the number of male prisoners has decreased as the focus tends to be on them and reducing rates of recidivism. Nevertheless, because the focus has been on males over the last two decades, female rates have risen faster than the pace of the males or declined less than the males have declined in most states. State prisons have had double the growth of the female population compared to males over the past 40 years.1 As well, most women are incarcerated for nonviolent drug offenses.

Females in a correctional setting have the same needs as in the general population, except they often come from disadvantaged backgrounds that leave them with a disproportionate amount of chronic and acute diseases, often undetected, along with increased rates of substance abuse.2 They have a higher rate of sexually transmitted infections, including human immunodeficiency virus. Diagnosis of a mental health disorder combined with a substance abuse disorder is higher among the female prison population, in fact, 20% higher than among the male prison population.3 Approximately 60% of female prisoners are mothers of at least one minor child, and about 6% to 10% of incarcerated women enter the system already pregnant.1 In the state prison system in which I work, women are prescribed more than triple the amount of medications compared with their male counterparts.

There is a disparity between women and men within the US correctional system. Women face challenges that are greater than men in some ways. As WHNPs, we are in a particularly unique position to make a difference in this population of underserved, marginalized women. Not only do they face the normal day-to-day challenges that all women face but they also do this with many barriers to care access.

Given that federal, state, and local correctional facilities are typically under fiscal restraint, it is challenging to practice as a provider in this setting. Many services that are fundamental to women’s healthcare may be denied or delayed. Despite the committee opinion of the American College of Obstetricians and Gynecologists regarding the importance of reproductive healthcare for incarcerated women and adolescent females, I was not allowed to prescribe contraceptives requested by the patient prior to release. No microscope was available to do simple wet mounts, and we were not allowed to send out a swab to confirm trichomoniasis, bacterial vaginosis, or vulvovaginal candidiasis. When a clinic does not have a provider knowledgeable about obstetrics, important assessment and management can be less than optimal. Before I arrived, no one was able to reliably read a fetal monitor strip even though they had a fetal monitor. A pregnant patient with a history of cholestasis was treated with hydrocortisone because she had an itch until I found out about it, promptly got lab work, and sent her for a consult with a maternal-fetal medicine specialist.

On the other hand, I saw patients on entry getting pap smears at all ages while not meeting evidence-based standards. If they received a pap smear 6 months before, were released, and then came back, it did not matter. They would get another one, regardless of the previous result.

In some ways, clinics in a correctional facility do function in a manner similar to many other clinics. Several nurses work with the providers to help obtain vital signs and run “sick call,” which is based on a written patient request to see the nurse for various reasons. Nurses will see patients using protocols written by the providers for certain common complaints. If the patient does not meet the standard to use one of these protocols, the patient will be placed on a list to see the provider, which could be medical, dental, or psychiatric. In both Australia and the United States, providers consist of primary care physicians, nurse practitioners of varying specialties, dentists, and psychiatrists. There are infirmaries within the clinics that function somewhat like a hospital unit for patients who are detoxing, on any kind of intravenous medication, returning from the hospital, or just needing to be observed for medical reasons.

As well, some stark differences exist. To make it into the actual clinic, a medical provider has to go through several security checkpoints. The higher the level of security, the more the number of checkpoints. Security is tight at the facilities, no matter what the level. Guards sit in a booth outside of the clinic or just at the front, but for reasons of confidentiality, do not come into the exam room unless the patient is coming from segregation in a special housing unit apart from the prisoners in the general population because of violating a prison rule or being at an increased risk of harming themselves or others. The clinics are barren without decorations or color. Health information brochures still line the walls, but these cannot have pictures or color. No pictures of children are allowed because of people who have committed certain crimes, and no color is allowed because prisoners can use it to make tattoos.

Having ongoing access to patients is a benefit for continuity of care because you can call them to the clinic as needed, unless it is a patient who is only incarcerated for the short term or one that is on work release or possibly in segregation. Follow-up is difficult when patients move in and out of the system quickly. The facilities in which I have practiced, however, have done a great job of discharge planning with pregnant patients, making certain to have appointments on the outside lined up with providers or specialists prior to release. As a WHNP, I pushed for this to be seamless for those women on their release. Follow-up on abnormal lab tests is done confidentially through their parole officer. Early on, it became very clear to me that I would need to help these women become empowered to help themselves and understand before they left the exam room what follow-up they needed. If they got lost in the system, they would know what was needed and when it needed to be done. In general society, it is important to do this as well, but there are not as many obstacles.

These are just a few examples of how and why WHNPs are needed in female correctional facilities. We know best how to advocate for our patients. WHNPs have the skills to provide trauma-informed care, understanding the uniqueness and fragility of these women. They are more than just the crime they committed, and their past trauma has impacted them indelibly. It is important for them to avoid further trauma while working through past mistakes.

All WHNPs can advocate for the “Dignity for Incarcerated Women Act,” still pending in Congress. The Act addresses problems such as decreasing use of restraints on pregnant and postpartum women and increasing access to feminine hygiene products, among others.

It can be extremely frustrating sometimes when it seems obvious as to what is the correct and humane thing to do and yet you feel as if you cannot get it done. So why would anyone want to work in a place that is without welcoming décor, colorless, and frustrating? It is to help women, women who have suffered trauma and have been neglected for too many years, who need a knowledgeable, competent, and, most importantly, caring healthcare provider to meet their often complex health needs. If you just want a job, this probably is not the right environment for you. If you want to know you are making a difference in women’s lives in even the smallest of ways, then this may be the place to do it.

Sherri L. Sellers is Clinical Assistant Professor and a women’s health nurse practitioner track coordinator at the University of Missouri–Kansas City in Kansas City, Missouri. The author states that she does not have a financial interest in or other relationship with any commercial product named in this article.