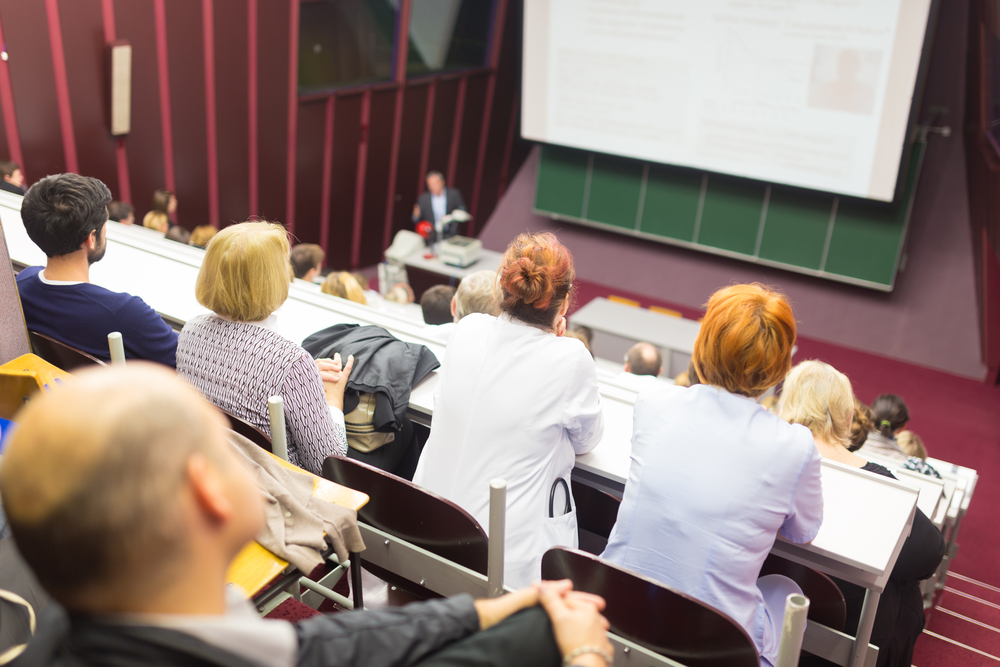 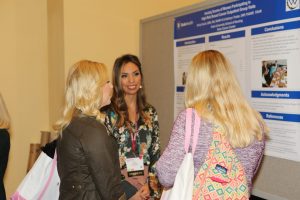 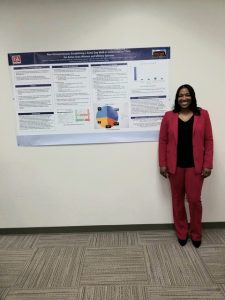 Objectives:
1. To describe the implementation sequence of a quality improvement initiative aimed to improve access to care for service members and their beneficiaries

2. To identify barriers for access to contraception in a large military gynecology clinic

3. To describe and compare the unintended pregnancy rates among active duty women in the United States military

Purpose: The overall goal of the quality improvement initiative was to explore the feasibility of removing access barriers for contraception in active-duty service members and their beneficiaries in an Army gynecology clinic.

Summary: A multidisciplinary team developed and implemented a same-day walk-in contraception clinic with the intent to offer services 1 day per week with one healthcare provider and medical assistant allotted for staffing. The team utilized an individualized approach by screening patients for risk factors reflected in the medical eligibility criteria. Patients completed a user-friendly triage form and submitted a urine sample awarding the providers reasonable certainty of negative pregnancy status. Commercially prepared materials were available and used for patient education.

Outcomes: The clinic opened in November 2018. During the 4-week pilot program, 30 active-duty service members and dependents received comprehensive education and counseling prior to initiating contraception. The project aim to improve healthcare access was evidenced by 100% of respondents stating a belief that access to contraception was enhanced through the implementation of the same-day walk-in clinic. The majority of the walk-in patients received a long-acting reversible contraception (LARC) method (78.9%), with the etonogestrel implant being the most common (42%). The average reported wait time was less than 1 hour, with 100% respondent acceptance. The influx of patients during the first month resulted in full adoption of the program and offering walk-in services 4 days per week instead of 1 day per week. Referrals for contraception initiation decreased from 6 to 8 weeks to none.

Implications for women’s healthcare: Almost half of the pregnancies in the United States are unintended. Military service members are not immune to these alarming statistics. Offering a same-day option removes barriers such as a two-visit process for contraception initiation and decreases clinic referrals, thus opening appointments for critical patients. The same-day option improves military operational readiness, increases patient and staff satisfaction, and promotes family planning autonomy for service members. Additionally, the clinic serves as a training platform for residents, nurse midwives, and nurse practitioners, with 20 providers trained on device insertion and removal to date. Further research is required to determine the feasibility of a same-day walk-in contraception clinic in comparable military settings. 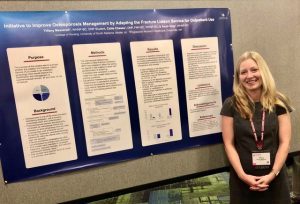 Objectives:
1. To describe the role of the International Osteoporosis Foundation (IOF) Best Practice Framework in the prevention and management of osteoporosis at an outpatient gynecology clinic

2. To discuss the impact of a standardized screening protocol for fracture risk assessment in an outpatient gynecology clinic

3. To identify strategies for the effective use of guidelines to treat osteoporosis to target in clinical practice

Purpose: To evaluate whether the creation of a Fracture Liaison Service (FLS) model in an outpatient gynecology clinic would improve the identification and management of postmenopausal women, age 50 years and older, at risk of fracture.

Summary: Osteoporosis is one of the most prevalent debilitating diseases, yet it remains underdiagnosed and undertreated. Postmenopausal women are especially vulnerable as menopause inflicts key changes on bone physiology that are often unrecognized until a fracture occurs. Screening, treatment, and pharmacologic adherence rates are dismal even among high-risk groups. Fracture prevention strategies are often not addressed by primary care clinicians. FLS models have resulted in increased treatment, reduced mortality, and reduced subsequent fracture rates. Few studies have applied the FLS model to a primary care setting. For this quality improvement initiative, the International Osteoporosis Foundation Best Practice Framework was adapted to develop an FLS model to identify women at risk of fracture at an outpatient gynecology clinic. A protocol for standardized screening of fracture risk was implemented in postmenopausal women age 50 years and older. A patient intake form, based on best practice guidelines, facilitated time constraints during the appointment. In women with positive screens, the assessment of modifiable lifestyle factors and secondary etiologies were addressed. An evidence-based treatment algorithm was created to guide clinicians. Educational materials were created for dissemination to standardize prevention measures discussed by the provider. Local referral networks were outlined, follow-up procedures were standardized, and a tracking protocol was initiated.

Outcomes: Adherence to osteoporosis screening, assessment of lifestyle factors, activation of referral network, and initiation of treatment was assessed via a convenience sampling over an 8-week implementation period. The preimplementation screening was analyzed via retrospective chart reviews. A Mann-Whitney U test determined a significant difference in preintervention (M = 17.70) versus postintervention (M = 45); U = 0.00, P < .05. Adherence to the algorithm components occurred in 90% of patients meeting inclusion criteria (N = 33). Of those, 80% met criteria for the initiation or modification of pharmacologic treatment or additional diagnostics. New diagnoses of osteoporosis during the initial visit occurred in 16% of participants based solely on history or care continuity failure.

Implications for women’s health: The osteoporosis treatment gap has been largely attributed to the lack of ownership by any single medical specialty. Adaptation of the IOF Best Practice Framework created an FLS model that incorporated seamlessly into a routine outpatient gynecology appointment.  Adherence to the FLS model significantly improved the identification of postmenopausal women at risk of fracture. By examining an FLS model for outpatient gynecology, the women’s healthcare provider can demonstrate how to close the treatment gap for women under their care.

Note: This abstract has been updated since the award, reflecting completion of the project, which has received IRB approval by the University of South Alabama. 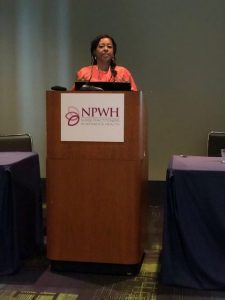 Objectives:
1. To discuss the statistics related to sexually transmitted infections (STIs) and human immunodeficiency virus (HIV) among this population

2. To describe the research on parent–child sexual communication and reducing sex risk among adolescents

3. To explain the impact that African American (AA) father–son sexual communication had on AA adolescent males’ sex risk behaviors and how this may affect female reproductive health

Methodology: After IRB approval, 100 AA adolescent males from a large northeastern city were recruited to complete a web-based survey. The study variables were HIV knowledge, condom attitudes, intentions, and use behavior, AA father–son closeness, sons’ masculinity beliefs, and the impact of these beliefs on their sex behaviors. Demographic data were collected as well as data on neighborhood problems, parent’s marital status, and the number of mothers of father’s children. Using LISREL software, structural equation modeling and hierarchical linear regression were used to examine the study variables.

Results/implications: The final sample size was 98 AA adolescent males, ages 16 to 21 years (median, 17.95), with reported sexual activity among 62%. AA FSSC was significantly impacted by relationship closeness and connectedness. In close relationships, FSSC significantly predicted AA sons’ HIV knowledge and condom use attitudes. AA father–son closeness did not strengthen the relationship between AA FSSC and condom use among sons. These conversations did not translate into actual condom use among sons. Examining the role of sons’ masculinity beliefs on sex risk behaviors and condom attitudes, results demonstrated that AA father–son closeness and connectedness was significantly related to sons’ masculinity beliefs.

Implications for women’s healthcare: As AA adolescent males are half of the sexual dyad, reducing sex risk behaviors among this group is imperative. Women’s health nurse practitioners are increasingly providing reproductive healthcare for both males and females. Assisting, supporting, and improving AA FSSC can lead to a reduction in sex risk behaviors, thereby lowering the rates of STI/HIV among this population. Improving sexual health among the adolescent male population will improve sexual health among AA adolescent females.

3. To provide examples of questions commonly used to screen women for a history of sexual violence

Purpose: Sexual assault, violence, and rape have been shown to have numerous long-term physical and psychological sequelae. Although organizations have recommended healthcare providers screen women for sexual violence (SV) for many years, the limited research to date has evidenced dismal screening rates and specific screening questions have not been universally recommended. The purpose of this study was to explore the SV screening practices of women’s health nurse practitioners (WHNPs) and certified nurse midwives (CNMs). Specifically, the study sought to: describe SV screening practices, and identify questions commonly used to screen women for a history of SV.

Methodology: This descriptive cross-sectional study, part of a larger study of multiple provider types, described the SV screening practices of 135 randomly selected WHNPs and CNMs. Data were collected electronically using a demographic survey and a series of questions about the provider’s practice. Data were analyzed via descriptive statistics.

Results: Participants reported practicing in 37 states and the District of Columbia. The average participant was age 48 years with nearly 15 years of work experience in their role. All participants were female, the majority were CNMs, and most (71%) reported seeing at least 40 patients per week. In the past year, participants reported screening averages of 77% and 62% of pregnant and nonpregnant patients (respectively) for a history of SV. Most participants (80%) reported conducting SV screening themselves, and most (90%) reported screening was conducted verbally. A wide range of questions were reported when asked, “What specific question (or questions) are used to screen for a history of sexual violence?” Surprisingly, 27% of questions reported did not reference sex/sexual activity in any way and 15% asked only about current (not past or childhood) situations.

Implications for women’s healthcare: While SV screening rates were higher than those reported in previous studies, many women are still not being screened. WHNPs and CNMs must continue to strive for universal SV screening. Future research should identify what screening questions are most effective. Further research should also explore correlates, barriers, and facilitators of SV screening.