This issue of Women’s Healthcare: A Clinical Journal for NPs features the podium presentation abstracts that were introduced at the 21st annual NPWH conference in San Antonio in October 2018. Abstracts of the first- and second-place poster award winners and the first- and second-place student poster award winners appeared in the September 2019 issue of the journal.

My heartiest congratulations to all! Each year the NPWH conference is enriched by these podium presentations. Please take time to review the abstracts that provide state-of-the-science information about women’s health, and please consider submitting your work for 2020. 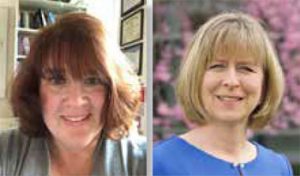 2. To identify individual characteristics of college women that are associated with violence screening at college health centers.

3. To identify institutional characteristics that are associated with violence screening at college health centers.

IPV and SV are major public health issues for women. Approximately one-third of women report an experience of violence in their lifetime, but overall rates of violence screening in healthcare settings remain low and little is known about screening in college health centers. The purpose of this study was to examine college women’s experiences with IPV/SV screening at college health centers and identify individual and institutional characteristics associated with screening.

In this cross-sectional descriptive study, random samples of female undergraduate college students, aged 18-25 years old, were recruited from five universities in the northeast United States to participate in an anonymous online survey. Email lists were provided by the universities. The participating universities were diverse (public, private, and religiously affiliated) and located in urban and rural settings. To be included, women must have visited the college health center during the preceding fall semester. Measures included demographic characteristics and IPV/SV screening experiences at the college health center. A history of IPV/SV was assessed with three items adapted from the Abuse Assessment Screen. Statistical significance was set at P <.05. Differences in study sites and demographic characteristics were assessed using t-tests, one-way ANOVA, and chi-squared analyses. Multivariate logistic regression was used to examine factors associated with IPV/SV screening.

A total of 873 women met the inclusion criteria and completed surveys. Only 98 participants (10.2%) reported that they were screened for IPV/SV at their most recent visit to the college health center, yet 457 (52%) reported a history of violence. Women attending public universities were 3 times more likely than others to report screening (P <.001). Women who visited the college health center for a gynecologic reason were nearly 4 times more likely to report being screened for IPV/SV (P <.001). Low rates of IPV/ SV screening at college health centers represent missed opportunities to identify women at risk and intervene. Further research across more numerous and diverse college sites is needed to understand factors that promote or inhibit IPV/SV screening prior to development of interventions to facilitate routine screening. 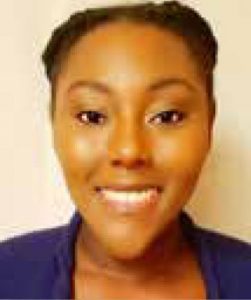 3. To monitor provider practice change to evidence-based practice via self-report and chart audits.

The purpose of this quality improvement project was to use web-based education to standardize STI and vaginitis screening methods in adolescents and women presenting to the urgent care setting. The aim was to change clinicians’ current beliefs and practices for vaginitis and STI screening methods to reflect current evidence-based practice, with an emphasis on self-collected vaginal swabs (SCVS).

Project participants included clinicians currently practicing in the urgent care setting and licensed as physicians, advanced practice registered nurses, or physician assistants. An email invitation to participate in the e-learning module was sent to 34 clinicians, of whom 25 participated. Project settings were MultiCare Health System’s Indigo Urgent Care clinics in Western Washington. An e-learning module addressing STIs, vaginitis, and screening methods, with an emphasis on SCVS, was created and administered to the participants. A pre-test and post-test were used to assess knowledge acquisition and intent to change practice. Data analysis occurred using a paired sample t-test for knowledge acquisition, a McNemar test for intent to increase use of SCVS, and descriptive statistics for demographics.

Clinicians’ knowledge increased, and they reported an intent to increase the use of SCVS in asymptomatic and symptomatic patients. Allowing patients to perform SCVS not only increases their satisfaction—it has proved to be a preferred practice—but also potentially increases screening rates. With continued use and increased acceptance, SCVS will positively affect some of the national key quality metrics and Healthy People 2020 goals, which both emphasize increased STI screening among women to reduce rates of infection.

1. To examine the relationship between demographic characteristics (e.g., age, race/ethnicity, education level) and condom use among single midlife women.

2. To examine the relationship between attitudes toward condoms, subjective norms, perceived behavioral control, intention to use condoms, and condom use among single midlife women.

3. To examine differences in condom use behavior between single midlife women who have had a sexually transmitted infection (STI) and those who have not.

To examine the relationship between perceived risks for STIs, attitudes, subjective norms, perceived behavioral control, condom use intention, and the sexual health protective behaviors of a convenience sample of single midlife women aged 40-59 years across the United States.

These findings indicated that this sample of single midlife women had positive attitudes, subjective norms, perceived behavioral control, and intention toward condom use. Yet condoms were used with only half of new sexual partners. Perceived risk of STI acquisition without condom use was positively correlated with condom use. Women who reported a perceived high risk of STI acquisition reported increased condom use. However, this risk perception did not correlate with highrisk activities. Findings from this study can inform interventions and programs that aim to enhance sexual health outcomes and reduce STI acquisition among midlife women.

1. To define and describe the concept of maternal failure to rescue (FTR) as a component of women’s health practice.

2. To evaluate the utility of use of publicly available data for provision of maternal care.

3. To incorporate knowledge of geospatial analyses into the public health approach to the delivery of maternal care.

To analyze publicly available data to evaluate the recent prevalence of maternal mortality in Texas and map locations with high maternal mortality. Through expansion of the concept of FTR, a public health approach to maternal mortality was applied that incorporated drug overdose, homicide, and suicide. These three previously overlooked causes of mortality often occur after the 42-day postpartum period.

Using a descriptive, epidemiologic, and cohort design, we analyzed birth and death certificate data for Texas, 2013 through 2015. We applied the formula for FTR used by the National Quality Measures Clearinghouse and expanded the definition of maternal FTR to include deaths from overdose, homicide, or suicide (psychological variables) along with deaths from the 7 major obstetric risk factors (physiologic variables) previously associated with maternal death. These include chronic hypertension, pre-eclampsia, eclampsia, diabetes, gestational diabetes, hemorrhage, and cesarean delivery.

Analyzing 1,218,205 births, we identified 713 maternal mortalities. We found strong spatial differences in maternal mortality rates, with one rural county with few recorded births having a rate of 10% and a major urban county with many births having a rate of .0006%. Of 713 deaths, 475 (66.6%) had obstetric risk factors as the underlying cause, leaving 238 deaths from other causes. Of those 238 deaths, 40 were from suicide, opioid overdose, or homicide. We obtained an unrefined FTR rate of 96 maternal deaths/100,000 births. By expanding the definition of FTR and adding 40 cases of suicide, overdose, or homicide to the 475 cases with physiologic complications, we obtained an FTR rate of 104 deaths/100,000 births (an 8% increase). The usual hospital FTR rate focuses on common obstetric complications and restricts thinking to hospital-based remedies. Yet 40 mothers died from intentional violence, suicide, or drug overdose. These causes of death required services above and beyond those offered at the time of delivery and included transportation, crisis intervention, community-based drug treatment, and accessible mental health services. In order to promote maternal health in the United States, we must initiate comprehensive care encompassing the times before and after hospitalized birth.