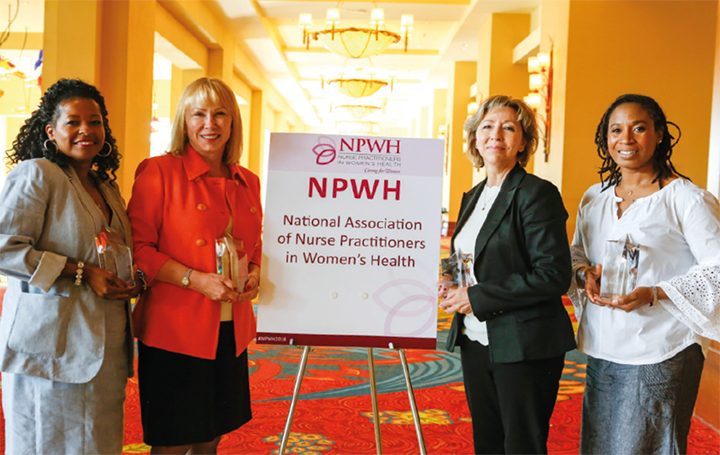 Message from the CEO

As CEO of NPWH, I am fortunate throughout the year to meet and work with so many wonderful NPs. One of my greatest joys each year is calling the winners of the Inspiration in Women’s Health Award to tell them the good news. Most of them respond with surprise, disbelief, and tears of joy! 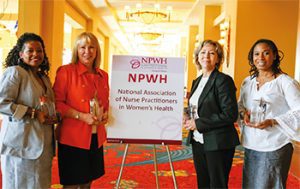 During our annual conference in San Antonio, Texas, this year, we recognized four outstanding WHNPs in front of more than 700 of their colleagues. Each of these WHNPs represented one of four diff erent categories: Practice, Research, Policy, or Education. We congratulate all of these winners: 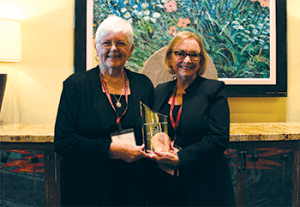 This year, for the first time, we honored and recognized a pioneer for WHNPs: Fran Way, RNC-E, WHNP, MS. Fran’s career in reproductive healthcare began in 1960 and spanned 32 years with Planned Parenthood Affi liates in Iowa and Wisconsin. In 1972, she founded one of the country’s first WHNP programs, which was also the first to be funded by Title X. In 1980, Fran was one of 20 NPs who met to discuss starting a national organization for NPs working in family planning and reproductive health settings. The organization was initially called the National Association of Nurse Practitioners in Family Planning. The term Family Planning was then broadened to Reproductive Health, which was then expanded, finally, to Women’s Health. With regard to her involvement with the National Association of Nurse Practitioners in Women’s Health (NPWH), Fran served as a member of the organizational committee, then on the Board of Directors (BOD), and then as Chair of the BOD from 1988 to 1992.
In 1994, Fran assisted in establishing NPWH’s popular continuing education approval program. In 1997, Fran represented NPWH in a new national coalition of nursing education credentialing organizations. Over the next 10 years, Fran continued to represent NPWH and the interests of WHNPs on a variety of task forces of nursing organizations that worked to develop consensus on role defi nition, accreditation, certifications, and licensure of advanced practice registered nurses. If it weren’t for Fran, digging in her heels and standing up for the role definition of WHNPs, there would be no WHNP specialty.
Because of Fran Way’s role as a founder of NPWH and as a facilitator in guiding the growth and success of NPWH, along with her extraordinary vision, passionate advocacy, and outstanding commitment to the WHNP role, I was deeply honored to present her with the first Fran Way Legacy Award on October 11, 2018.
What a privilege it is to work among such talented and dedicated WHNPs!
– Gay Johnson
Chief Executive Officer, NPWH