While attending a meeting a few years ago, I started thinking about women and their health and asked myself, What are we missing? It occurred to me that there exists a population of women who are seemingly forgotten: older women. Once women survive past their childbearing years and menopause, how do we best take care of them?

Here are some facts that you should know. The number of women aged 65+ years rose from 21.4 million in 2005 to 25.9 million in 2015 and is projected to continue rising at a fast clip. Although women outlive men, they are twice as likely to live in poverty, they are highly likely to have at least one chronic condition, and they are 3 times more likely to be caregivers to others. In many cases, older women’s own health, including their pelvic, urinary tract, skeletal, sexual, and brain health, is neglected.

It is for all these reasons that the first Healthy At Any Age: Women’s Health Over 50 summit was held in October 2016. Representatives of about 20 organizations met in Washington, DC, at this daylong event to discuss issues concerning older women, as well as how to raise awareness about these issues. One outcome of the meeting was the recognition of a need for a coalition—to be led by NPWH—to share resources and facilitate communication.

In 2017, we worked to find ways in which a coalition would add value to this group of organizations and improve the health of women as they age. We just completed our second Healthy At Any Age summit, which was a great success. The morning started with a talk by former Ambassador and Congresswoman Connie Morella (R-Maryland), who is 87 years young and continues to blaze trails by teaching and mentoring the next generation of leaders as Ambassador in Residence for the Women & Politics Institute at American University. Connie epitomizes the vibrant woman who is still contributing to society. Next, participants held lively and informative discussions about resources that are available and about gaps that need to be filled to ensure healthy aging among women. We ended the day with Jill Lesser, President of WomenAgainstAlzheimer’s, who spoke about women as they age and their brain health, which affects so many aspects of overall health.

The main takeaway message from the summit was the importance of the coalition and the magnitude of the member organizations’ investment in the work that lies ahead to improve the health of women as they age. Some comments from the day’s proceedings were as follows: Ambitious. I think you can and will move the needle for women as they age. Great meeting, important work. Looking forward to being a part of this eﬀort.

The plan going forward is to share resources, communicate regularly, divide the work into various task forces, and create an agenda for older women’s health. With our collective effort, we can chart a course to better serve older women all across America. 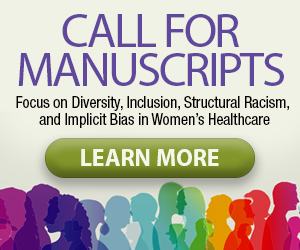