Many Women Experience Menopause Symptoms Earlier Than They Expected 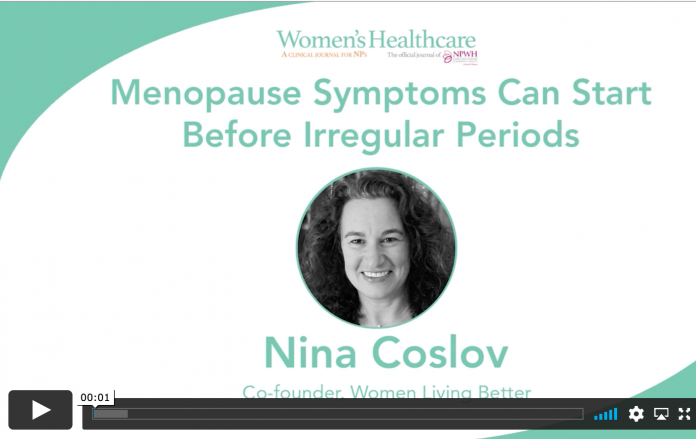 Many women report experiencing menopause-type symptoms as early as their late 30s and early 40s.

The findings, from a survey of more than 2,400 participants, indicate that some women might be surprised to find themselves experiencing menopause symptoms not only much younger than they expected, but before they have stopped having their period.

Nina Coslov, lead author and co-founder of Women Living Better, which conducted the survey, says women reporting these symptoms to their healthcare provider might be told that they’re “Too young for perimenopause” or that “It can’t be perimenopause because you are still getting a monthly period.”

The study results, however, show that symptoms often associated with menopause begin before menstrual cycle irregularity, during what is known as the late reproductive stage (LRS), the time prior to menopausal transition (MT), as defined by the Stages of Reproductive Aging Workshop (STRAW). 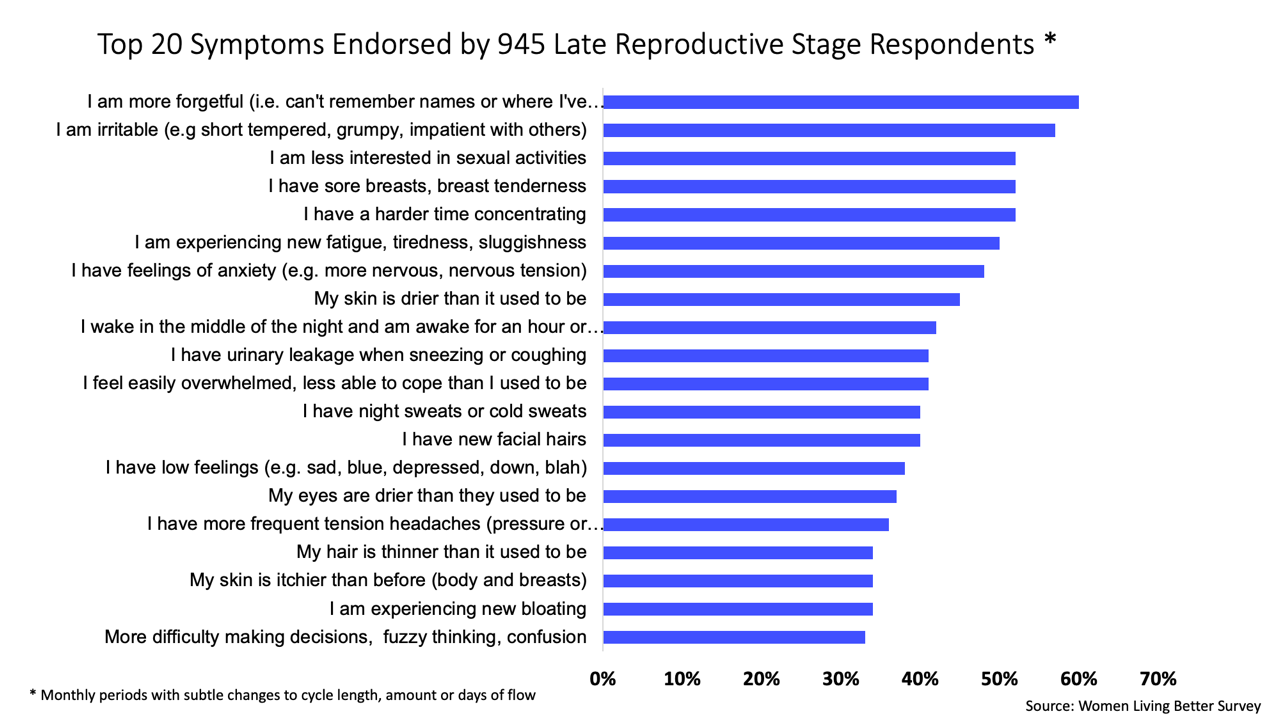 While hot flashes are most commonly associated with menopause, more than 30 percent of the respondents identified having experienced more than half of the 61 symptoms they were asked about. And the types of symptoms between MT and LRS respondents were very similar, with only hot flashes reported as more bothersome by the MT group.

“Women in the LRS experience symptoms strikingly similar to those often associated with the MT,” the authors note. “Women do not expect these changes until the age of 50 years or later and are surprised by such symptoms before cycle irregularity.

“Indeed, when we examined the proportion of LRS women in our sample reporting symptoms, we found that more than 40% indicated awakening in the middle of the night and remaining awake for more than an hour, having night or cold sweats, feeling irritable, anxious, easily overwhelmed, being more forgetful, having difficulty concentrating, breast soreness, being less interested in sexual activity, experiencing urinary leakage when coughing or sneezing, dry skin, new facial hair, and fatigue.”

Coslov said she believes the survey can help healthcare providers counsel patients before these symptoms begin.

“Sharing this information with late 30s patients will set realistic expectations for the path to menopause,” she said.

Nurse practitioners can also check out these resources to learn more about empowering women for healthy aging, assessment and management of osteoporosis and discover how menopause support groups can be helpful.