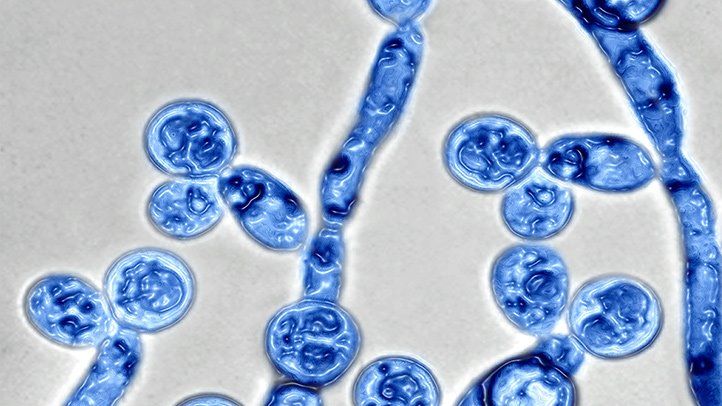 Vulvovaginal candidiasis (VVC) — commonly known as a yeast infection — is a condition many women face at some point.  About half of all women have had at least 1 of these infections clinically diagnosed, and between 6% and 10% are believed to develop a recurrent form of this condition with 3 or more episodes in a single year, according to a recent report.

The Center for Disease Control and Prevention (CDC) defines recurrent VVC (RVVC) as 3 or more episodes of symptomatic VVC in less than 1 year.  According to the agency, RVVC affects <5% of women but carries a substantial economic burden.  RVVC can be either idiopathic or secondary (related to frequent antibiotic use, diabetes, or other underlying host factors).  However, CDC advises, the pathogenesis of recurrent VVC is poorly understood, and the majority of women with RVVC have no apparent predisposing or underlying conditions.

These infections can cause symptoms like burning, itching, or even pain during and after intercourse.  When these infections become chronic or recurrent, the women who experience them are usually reliant on symptom control rather than actually resolving the fungal infection.

In a development that may benefit patients with this stubborn condition, Mycovia Pharmaceuticals just received approval for the first FDA-approved medication to treat RVVC which affects 9 million U.S. women each year (Lancet, 2018).  The Office on Women’s Health in the U.S. Department of Health and Human Services cites that 3 out of 4 women will have a yeast infection at some point in their life and ~50% of women have two or more infections.

The FDA gave the green light to oteseconazole (Vivjoa), making it the first medication approved to treat chronic yeast infections, manufacturer Mycovia Pharmaceuticals announced on Thursday.  Oteseconazole is designed to inhibit fungal CYP51, which is required for fungal cell wall integrity; this interaction is also toxic to fungi, leading to the inhibition of fungal growth.

The agent’s approval was based on a trio of phase III trials comprised of 875 patients across 11 countries.  In the VIOLET studies, 2 global trials (called VIOLET) and one conducted the U.S. (ultraVIOLET), a significantly higher proportion of women randomized to receive the intervention reported no RVVC recurrence during the 48-week maintenance period versus those who received placebo (93.3% vs 57.2% and 96.1% vs 60.6%; P<0.001 for both).

The most frequently reported adverse events were headache (7.4% of patients) and nausea (3.6%).

Oteseconazole should be taken with food, and administered on day 1 at 600 mg, day 2 at 450 mg, and then at 150 mg once a week for 11 weeks starting on day 14.  It can also be co-administered with fluconazole with different dosing instructions, according to the FDA label.

The drug is contraindicated for women who are of reproductive potential, pregnant or lactating and those with hypersensitivity to the drug.  Based on animal studies, it may cause fetal harm.  The drug is also not recommended for women with severe renal impairment or end-stage renal disease, or for those patients with moderate or severe hepatic impairment.  Certain breast cancer drugs may also interfere with oteseconazole.

A commercial launch of the drug is planned for the second quarter of 2022, the company noted.

Towards a treatment consensus

The drug’s approval comes on the heels of a recent article, published in the January 2022 Women’s Health Reports, in which a panel of 5 obstetrician-gynecologists specializing in RVVC met to develop guidelines for the condition’s effective and safe maintenance, given the lack of one offered by the CDC.

The panel concluded that women with RVVC should be treated longer than those with non-recurrent VVC, beginning with initial treatment of 7 to 14 days of topical therapy — versus 1-7 days — or 3 doses of fluconazole, with 100-, 150- or 200-mg taken by mouth once every 3 days.

The type of yeast should be confirmed prior to treatment.  Oral flucoconazole is ineffective against nonalbicans yeast, the panel notes, the cause of 1 in 5 fungal infections.

Contributing factors to recurrent infections also should be addressed, according to the panel, such as intrauterine devices and diabetes.  Ideally, diabetic patients should control blood sugar with drugs other than sodium glucose cotransporter two inhibitors (SGLT2).  In addition, the administration of corticosteroids and antibiotics should be minimized.

The panel also cited the risks associated with the use of some drugs such as oral fluconazole which can endanger women who are on statin drugs, have kidney disease, or are at risk for arrhythmias.  Oral fluconazole has also been associated with miscarriage.  A nationwide cohort study conducted in Denmark and published in 2016 showed a significantly higher chance of miscarriage and stillbirths in women taking oral fluconazole versus those who did not or who used a topical azole (JAMA 2016).

When it comes to topical medication choices, the study concluded that clotrimazole, miconazole, terconazole, and intravaginal boric acid were ideal topical treatments for RVCC caused by Candida albicans.  Nystatin ovules are also an option and may actually be more effective, cites the CDC, but this medication isn’t commercially available in the U.S.and must be compounded by a specialty pharmacy.

Following initial treatment, the experts in the Women’s Health Reports paper suggest that topical treatments of whatever medication is used be continued once to 3 times a week, depending on how often infection symptoms return.  In most instances, twice weekly use of topical treatments is sufficient, according to the report.

Finally, the study authors conclude by stating that, while fluconazole may be enough to suppress RVVC in many women, the 30 to 50% of women who continue to experience recurrent infections after 6 months of maintenance treatment should see a RVVC specialist to identify the cause of its recurrence and to determine the best course of maintenance treatment.

There’s an app for that

In their discussion about choosing a topical for maintenance use, the Women’s Health Reports paper notes that there is an app available from the International Society for the Vulvovaginal Disease (ISSVD) to help clinicians and patients match the best antifungal with the species of yeast that is the culprit.  The tool is designed for health care professionals and informed patients to readily distinguish among the many types of yeast infections and multiple treatment options available.

The app is designed to be used in conjunction with patient visits to assist with finding the best treatment plan for individual patients.  It includes patient education materials that can be emailed directly to patients.  It provides information to determine the correct treatment for the particular species cultured from patients with RVCC and the dosing of each antifungal recommended is included.  The app can be downloaded at https://apps.apple.com/us/app/vulvovaginal-candidiasis-candida-yeast/id1077624993.

All of the expert panel’s recommendations are available for no charge at, “Topical Treatment of Recurrent Vulvovaginal Candidiasis: An Expert Consensus,” at https://www.ncbi.nlm.nih.gov/pmc/articles/PMC8812501/