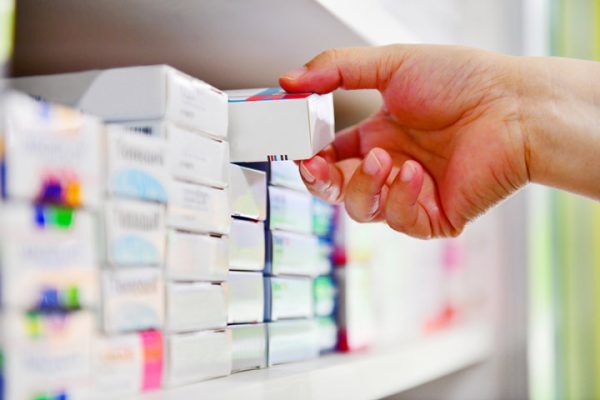 Perrigo Company (PRGO.N) announced last week that its unit, HRA Pharma, has asked the US Food and Drug Administration (FDA) to approve a daily birth control pill for over-the-counter (OTC) sale in the United States, the first such request for this type of contraception.

The application is for a prescription-to-OTC switch for Opill (HRA Pharma), a progestin-only (or non-estrogen) daily birth control pill approved by the FDA in 1973 to prevent pregnancy.

Hormone-based pills have long been the most common form of birth control in the US, used by millions of women since the 1960s.  However, they have always required a prescription, generally so that health care professionals can screen for conditions that raise the risk of rare, but dangerous, blood clots.

The French drugmaker’s application compiles years of research intended to convince the FDA that women can safely screen themselves for those risks and use the pill effectively.

Currently, the only contraception drugs available for women without a prescription are emergency oral pills that can be taken within 3 days after having unprotected sex.  Perrigo said scientific evidence has shown progestin-only pills, such as Opill, are effective at preventing pregnancy and safe for most women to use.

In a company press release announcing the submission, HRA Pharma stated that removing the prescription hurdle to the pill would in turn improve access to a contraceptive “that is well tolerated and notably more effective at preventing pregnancy than all current methods available OTC.”

While the application comes on the heels of the US Supreme Court’s decision last month to overturn the 1973 Roe v. Wade case that legalized abortion nationwide, HRA Pharma’s chief strategic operations and innovation officer, Frédérique Welgryn, characterized the timing of the application as “coincidental,” noting that the firm had been working on its application submission process for many years.

“For a product that has been available for the last 50 years, that has been used safely by millions of women, we thought it was time to make it more available,” Welgryn added.

Over recent years, many common US medications have made the switch from behind the pharmacy counter, including therapeutics for pain relief, heartburn, and allergies.

In each case, manufacturers must demonstrate that consumers can understand the drug’s labeling, evaluate its risks, and use it safely and effectively without professional supervision.  HRA spent 7 years conducting the FDA-required studies, including a trial that followed 1,000 women taking its pill for 6 months.

The pill contains a single synthetic hormone, progestin, which prevents pregnancy by blocking sperm from the cervix.

Most birth control pills contain progestin plus estrogen, which can help make periods lighter and more regular.  Progestin-only pills are generally recommended for women who can’t take the more popular combination pills due to health issues.

However, estrogen also accounts for most of the blood clot risk associated with oral contraceptives.  FDA’s labeling warns against their use in certain women already at risk for heart problems, such as those who smoke and are over 35.

HRA Pharma expects the Agency to hold an advisory committee meeting and approve the application in the first half of 2023.  A timeframe of ~10 months is typical for such approval requests.  An FDA approval would only apply to HRA’s pill, which would be sold under its original brand name, Opill.  HRA acquired the decades-old drug from Pfizer in 2014.

Along with the National Association of Nurse Practitioner’s in Women’s Health, the American College of Obstetricians and Gynecologists (ACOG), the American Medical Association, and the American Academy of Family Physicians, have all previously voiced support for making birth control pills available OTC.

In a statement in response to the announcement, ACOG President Iffath Abbasi Hoskins, MD, FACOG, characterized the submission as “a positive.”  The medical association supports unrestricted access to all hormone-based contraceptives over the counter.

“We know that birth control is not a solution to abortion bans, as people need abortion care for many reasons,” stated Hoskins, who also serves as clinical professor and director of patient safety in the department of obstetrics and gynecology at the New York University Grossman School of Medicine.  The specialist in maternal-fetal medicine added that the pill could still help more people to “control their own reproductive futures.”

“Providing patients with OTC access to the birth control pill is an easy call from a public health perspective as the health risks of pregnancy vastly outweigh those of oral contraceptive use,” David Aizuss, MD, an AMA board member said in a statement in mid-June.

“This historic application marks a groundbreaking moment in contraceptive access and reproductive equity in the US,” Welgryn’s statement continued.