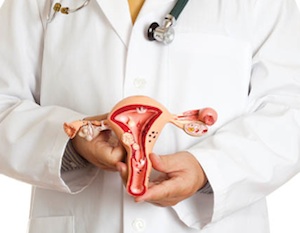 The determination of the precise frequency of adnexal masses is impossible as some adnexal tumors go undiagnosed. A variety of age groups need to be considered while estimating the clinical significance of adnexal masses.
Children to adolescents
Nearly 80% of ovarian cysts in girls under 9 years are malignant and those are mostly germ cell tumors.
About half of the adnexal neoplasms in adolescent girls are mature cystic teratomas or dermoid cysts. Women who have a Y chromosome-carrying gonad stand a 25% chance of developing a cancerous growth.
Overall, about 10% of ovarian cancers were found to be hereditary. Patients with a family history of a non-polyposis colorectal cancer syndrome or breast-ovarian cancer syndrome were at an increased risk for developing cancerous tumors.
Endometriosis, though not common in adolescence, may be present in about half of women who have a painful mass. In adolescent women who are sexually active, tubo-ovarian abscess must be considered as a possible cause of an adnexal mass.
Adults
Most adnexal masses in reproductive age women are benign cysts. Only 10% of masses are malignant. The rate of malignancy is low in patients aged under 30.
About 25% of adnexal growths are endometriomas, 33% are mature cystic teratomas, and the rest are functional cysts or serous or mucinous cystadenomas.
No matter what the age group is, physicians must take into account the possibility of structural deformities and uterine masses. Also, in all premenopausal women, pregnancy-related adnexal masses such as ectopic pregnancy, corpus luteum cysts, theca lutein cysts, and luteomas should be considered.
Research findings
A research conducted by the Duke Evidence-based Practice Center on a contract with the Agency for Healthcare Research and Quality found that ovarian cancer is the leading cause of death from gynecologic malignancies in the US. The annual incidence of ovarian cancer was over 25,000 with an annual mortality of about 14,000.
Read more at News-medical.net