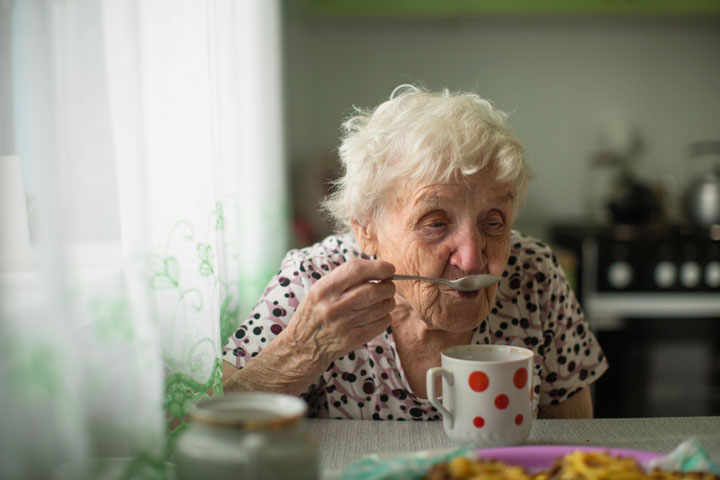 Eating Alone May Contribute to Heart Disease in Older Women

Older women who eat alone are at a higher risk of heart disease, according to a study published this month in Menopause.

Researchers compared the nutritional status and health behaviors of nearly 600 menopausal women older than 65 to determine if there was a difference between those who ate most of their meals by themselves and those who had their meals with other people.

They concluded that solo eaters’ meals were nutritionally poorer, with lower intakes of energy, carbohydrates, dietary fiber, sodium, and potassium than those who ate with others. They were also more than twice as likely to have angina, a symptom of coronary artery disease.

While the researchers found that the solo eaters had poorer nutritional knowledge, they suggested that these women would benefit from nutritional education as well as screening for heart disease.

“This study shows that older women who eat alone are more likely to have symptomatic heart disease. They are also more likely to be widowed and to have lower incomes and poorer nutritional intake,” said Dr. Stephanie Faubion, medical director of The North American Menopause Society (NAMS), which publishes Menopause. “These results are not surprising given that lower socioeconomic status and social isolation contribute to lower quality of life, greater rates of depression, and poorer health.

“Given that women live longer than men, finding ways for older women who are socially isolated to engage and create meaningful social ties may not only improve their nutrition but also their overall health while simultaneously reducing healthcare costs.”

NAMS notes that societal changes have led to more people eating alone due to the increase in single-person households. The Covid-19 pandemic likely exacerbated that trend and the concomitant growth of food-delivery apps and services make it easier for people eat home alone.

Previous studies had already shown the potentially negative effects of eating by yourself, including a higher risk of abdominal obesity and elevated blood pressure. Also, people eating a meal without a companion tend to eat faster, which can lead to increases in body mass index, waist circumference and blood lipids levels.

These factors compound the higher risk of cardiovascular disease that women face as they as the age.