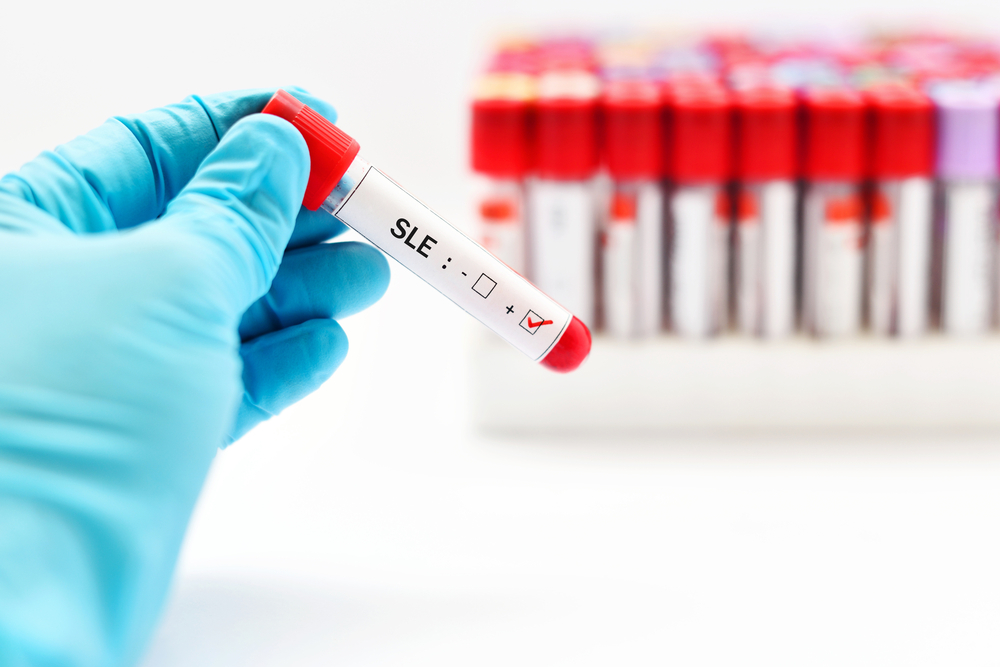 Contraceptive and reproductive care in patients with systemic lupus erythematosus

The purpose of this article is to describe reproductive healthcare needs for patients with systemic lupus erythematosus (SLE), a condition that often affects females of reproductive age, and to describe a retrospective study conducted at Texas Children’s Hospital on contraceptive and reproductive care in female patients with SLE.
Systemic lupus erythematosus (SLE) is a chronic autoimmune disease that can affect multiple systems of the body, including blood components, the kidneys, the lungs, the nervous system, serous membranes, joints, and skin. The etiology of this immune dysregulation involves genetic, hormonal, immunologic, and environmental factors. Autoantibody formation and resulting immune complexes mediate the inflammatory features of SLE, including lupus nephritis and arthritis.
The reported prevalence of SLE in the United States is 20-150 cases per 100,000 individuals. According to the Lupus Foundation of America, about 1.5 million persons in the U.S. have lupus.1,2 Demographic studies have shown a female-to-male prevalence ratio among adults of 9:1. Females of reproductive age are at highest risk for developing the disease, due primarily to the effects of endogenous estrogen production.3 SLE severity varies, ranging from very mild disease to disease with life-threatening complications and substantial morbidity.3 Treatment is individualized, but many patients with SLE require an immune-suppressive medication such as a corticosteroid, cyclophosphamide, methotrexate, azathioprine, or rituximab. These drugs are effective but not curative and can have major untoward effects—thereby necessitating comprehensive patient education and close follow-up.4

Pregnancy risks in patients with SLE

Because of potential SLE-related complications that can affect pregnant patients and their fetuses, contraceptive and preconception counseling are important for reproductive-aged females.5 Such complications include pre-eclampsia, eclampsia, thrombosis, infection, fetal growth restriction, preterm labor, unplanned cesarean delivery, and need for transfusion.6 Patients with both SLE and antiphospholipid antibodies (aPL) can be at increased risk for adverse outcomes such as pregnancy loss and thrombosis.7
Fertility is not known to be affected by SLE.5 However, medications used to treat SLE, including mycophenolate mofetil, cyclophosphamide, methotrexate, and warfarin, can cause structural birth defects such as microtia (congenital underdevelopment of the pinna) and cleft lip or even lead to fetal death.8,9 Not only are these SLE medications potentially teratogenic, but also the disease itself, particularly lupus flares, can increase the risk for pregnancy/fetal complications such as miscarriage, stillbirth, fetal growth restriction, neonatal lupus, and premature birth.6
Contraception and preconception planning are essential in reproductive-aged females with SLE. Because about half of pregnancies in the U.S. are unplanned, healthcare providers (HCPs) need to place particular emphasis on contraception counseling in patients with SLE to help prevent unplanned pregnancies in this high-risk population.5,6 Given the major maternal and fetal complications related to SLE and its treatment, patients who wish to become pregnant should have quiescent or well-controlled disease for at least 6 months prior to conception.10 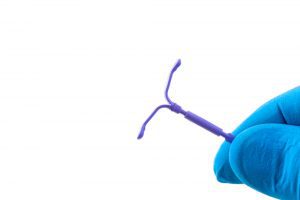 According to the aforementioned Medical Eligibility Criteria (MEC), long-acting, highly effective contraceptive methods might be the best choice for females with conditions that pose an increased risk for adverse health events as a result of pregnancy.8 These patients should be advised that sole use of barrier methods or behavior-based methods of contraception might not be optimal because of their relatively higher typical-use failure rates.8
MEC category 1 includes conditions for which there is no restriction for the use of the particular contraceptive method. Combined hormonal contraceptives (CHCs; i.e., those containing ethinyl estradiol and a progestin) are considered MEC category 2—advantages of the method generally outweigh the theoretical or proven risks—for women with SLE who are aPL negative and lack disease complications such as renal involvement or pulmonary hypertension.8 CHC options include combined oral contraceptives, transdermal contraceptives, and the vaginal ring. By contrast, these CHCs are MEC category 4—contraindicated because of increased thrombotic risk—for women who are aPL positive or aPL status unknown.8
Progestin-only methods are frequently used in patients with SLE. Options include theprogestin-only pill (POP), depot medroxyprogesterone acetate (DMPA), the etonogestrel implant, and the levonorgestrel intrauterine system (LNG-IUS). These methods are MEC category 2 for women with SLE who are aPL negative. For women with SLE who are aPL positive or aPL status unknown, progestin-only methods are Category 3—risk of use may outweigh the benefits. In these cases, HCPs must weigh the known pregnancy risks in patients with SLE against the benefits and risks of the methods.8 According to guidelines from the American College of Obstetricians and Gynecologists, progestin-only contraceptives are safer options than CHCs for women with SLE with aPL, vascular disease, or nephritis.11 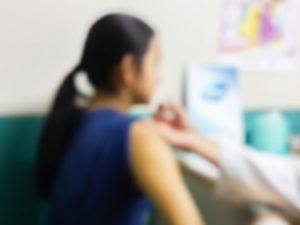 Based on the results of a recent meta-analysis, in patients with SLE and aPL, the risk for venous thromboembolism (VTE) associated with use of progestin-only methods is low.12 In a small cohort study, use of DMPA was associated with a 3.6-fold increased risk of VTE compared with nonuse of hormonal contraceptives (HCs).13 Larger cohort studies are needed to determine whether DMPA places patients with SLE at higher risk for thrombosis. Of note, DMPA, like corticosteroids—used by many patients with SLE—can decrease bone mineral density and effectuate weight gain.8
The copper intrauterine device (IUD), the only non-hormonal IUD, is an MEC category 1 contraceptive in patients with SLE and positive or unknown aPL. It is an MEC category 3 contraceptive in those with thrombocytopenia associated with their SLE because of the potentially increased risk of heavy menstrual bleeding.8
The Table lists MEC categories for various contraceptive options for women with SLE, including those who have no sub-condition, those who are aPL positive, those who have severe thrombocytopenia, and those who are using immunosuppressive agents.8


Table. MEC categories for contraceptive options in women with SLE8

Purpose and background of the study

Methods
Institutional Review Board approval was obtained from Baylor College of Medicine to conduct the study. The authors performed a retrospective chart review involving females <21 years of age with a diagnosis of SLE. Subjects were identified by ICD-9 codes documented between 2000 and 2015 at Texas Children’s Hospital in Houston, Texas—the fourth largest children’s hospital in North America. Only those who had reached menarche and were seen in both the gynecology and rheumatology services were included in the study. Adolescents who were pre-menarchal and/or were not followed by both departments were excluded. The authors de-identified all patient information to protect confidentiality.

Results
The study included 87 menarchal females with SLE (age range, 9-17 years). Most participants had reached menarche at age 12-13 years. Fifty-nine (68%) were aPL positive. Forty (46%) were Hispanic, 28 (32%) were African American, 12 (14%) were Caucasian, and 7 (8%) were of other or unknown ethnicity. Seventy-six patients (88%) received one or more teratogenic medications for SLE management, including methotrexate, mycophenolate mofetil, or cyclophosphamide.

Among the 87 participants, 40 (46%) reported engaging in sexual activity, which was defined as intercourse that could lead to pregnancy or exposure to sexually transmitted infections. Among this sexually active group, 18 (45%) reported consistent condom use. Contraceptive counseling regarding barrier methods and HC options was provided to 82 participants (94%), regardless of their current sexual activity status. Among the entire sample, 62 (71%) started using HCs and 25 (29%) declined them. Among the 62 participants who chose HCs, 2 (3%), who were aPL negative, were started on CHCs and the remainder chose progestin-only HCs: the POP by 20 (32%), DMPA by 20 (32%), the implant by 12 (19%), and the LNG-IUS by 1 (2%). Contraceptive choice was unknown in 7 patients (11%). No VTEs were reported in any HC users.

Discussion
This study was one of the largest retrospective studies completed on contraceptive practices and sexual risk behaviors in female adolescents with SLE. The authors investigated birth-control methods used, sexual activity, HPV vaccine status, and reproductive health considerations in these patients.

Nearly all participants received contraceptive counseling about teratogenic medications, the importance of using reliable and effective contraception, and the avoidance of unplanned pregnancies. Despite this counseling, 29% of participants declined HC use. Among the two participants who were aPL negative and used CHCs and the other patients who used progestin-only methods, none experienced VTE.

Finally, the authors examined HPV vaccine uptake. Two-thirds of the participants reported receiving the HPV vaccination series. Reasons for declining the vaccine were not documented. Of note, studies have shown that women with SLE may be at an increased risk for cervical dysplasias and cervical cancers related to HPV exposure, a risk that may be even greater in those taking immunosuppressive drugs.15 Therefore, HPV vaccination and regular cervical cancer screening are especially important in this patient population.

Limitations
The study had several limitations, the first being its retrospective design. All participants were followed at the same tertiary care center; demographics may not be proportionate to those in other geographic regions. Another limitation is that the contraceptive counseling style and content used in this study likely differed from what other providers might do, a practice that was not examined in the study. Length of time on HC methods was not included in the data collected for the study. Some participants may have just initiated a method and others may have been on the method for a longer period.

To help standardize counseling style and content, a combined gynecology/rheumatology clinic has been established at the authors’ institution wherein one provider counsels newly diagnosed SLE patients. Future studies can be conducted to evaluate rates of contraception use, avoidance of unplanned pregnancies, and HPV vaccination status when patients are seen through a combined clinic that offers standardized counseling for all patients. Because this study did not evaluate additional side effects of contraceptive options in patients with SLE, a study could be conducted to evaluate for increased risk of other adverse effects in this population (e.g., weight gain, mood changes). In addition, patients can be followed over time to lend further support to the safety of progestin-only contraceptives in patients with SLE who are aPL positive. Finally, further studies regarding HPV vaccine counseling in the adolescent female SLE population are needed.

Reproductive healthcare is important for all women; HCPs should be aware of special considerations for those with SLE. Females with SLE are high-risk patients for a multitude of reasons, including potential teratogenic medication use, pregnancy risks, and contraceptive method safety. Results of this study suggest that female adolescents with SLE have similar sexual activity rates as in the general population; therefore, contraception should always be discussed. These results, although limited, support progestin-only options as safe HCs in female adolescents with SLE and positive aPL status. Gynecologic counseling in these patients still has areas that need improvement; a multidisciplinary approach may be beneficial when providing care to females with SLE.

Jennifer P. Kurkowski is a women’s health nurse practitioner (WHNP) and Instructor in Pediatric and Adolescent Gynecology; Jane E. Geyer is a WHNP in Pediatric and Adolescent Gynecology; Martha R. Curry an NP in Rheumatology; Haleh Sangi-Haghpeykar is Professor in Obstetrics and Gynecology; Marietta M. DeGuzman is Associate Professor in Rheumatology; and Julie C.E. Hakim is a physician in Obstetrics and Gynecology, all at Baylor College of Medicine, Houston, Texas. The authors state that they do not have a financial interest in or other relationship with any commercial product named in this article.