1 in 3 Had Postpartum Depression During Early Covid 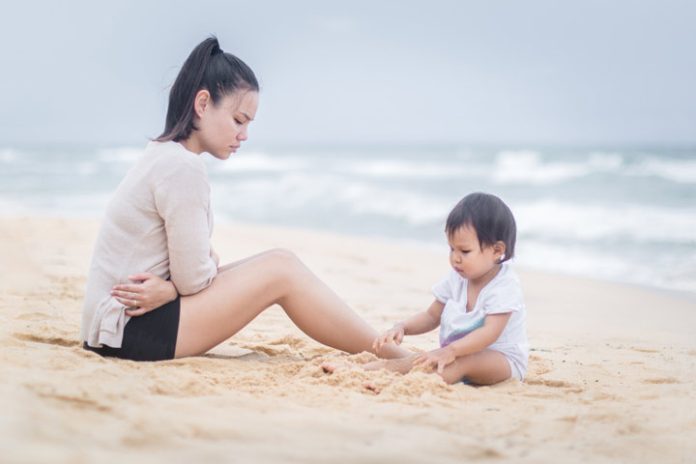 One in three mothers experienced postpartum depression during the early stages of the Covid pandemic and one in five screened positive for major depressive symptoms, according to a study from the University of Michigan School of Nursing and Michigan Medicine.

A separate study by the same team found that women who gave birth in the first six months of the pandemic were more anxious and distressed.

“Even before COVID, we were seeing an increasing number of women with mood and anxiety disorders around the time of pregnancy, including postpartum depression,” said Vanessa Dalton, MD, MPH, an obstetrician gynecologist at University of Michigan Health Von Voigtlander Women’s Hospital and an author for both studies. “Then we layer in COVID, a time when many of us who were taking care of pregnant women had to prioritize reducing transmission of the virus.

“We are starting to understand the potential consequences these measures had on moms in terms of isolation and moms’ mental health.”

The survey of 670 patients who gave birth between February and July 2020 further found that mothers who fed their infants formula had a 92% greater change of screening positive for postpartum depression while those with infants admitted to NICU had a 74% greater risk. Mothers who were worried about Covid for themselves or their infants were 71% more likely to screen positive.

The authors postulated that the restrictions that went into place early in the pandemic may have contributed to their findings.

“Pandemic sequelae such as face mask mandates, fear of infection, NICU visitor restrictions, and social isolation may have helped to slow infection rates, but they may also have contributed to worse postpartum mental outcomes,” they wrote.

Lead author Clayton Shuman, University of Michigan assistant professor of nursing, said he was surprised by the extent of distress the survey reflected.

“Moms said they felt like no matter what they did, it was wrong,” he said.“We have an urgent need to address mental health around the time of pregnancy.

“We have to do a better job of screening and recognizing depression in pregnancy and do whatever we can to remove barriers to mitigate risk factors and make resources and treatment available.”