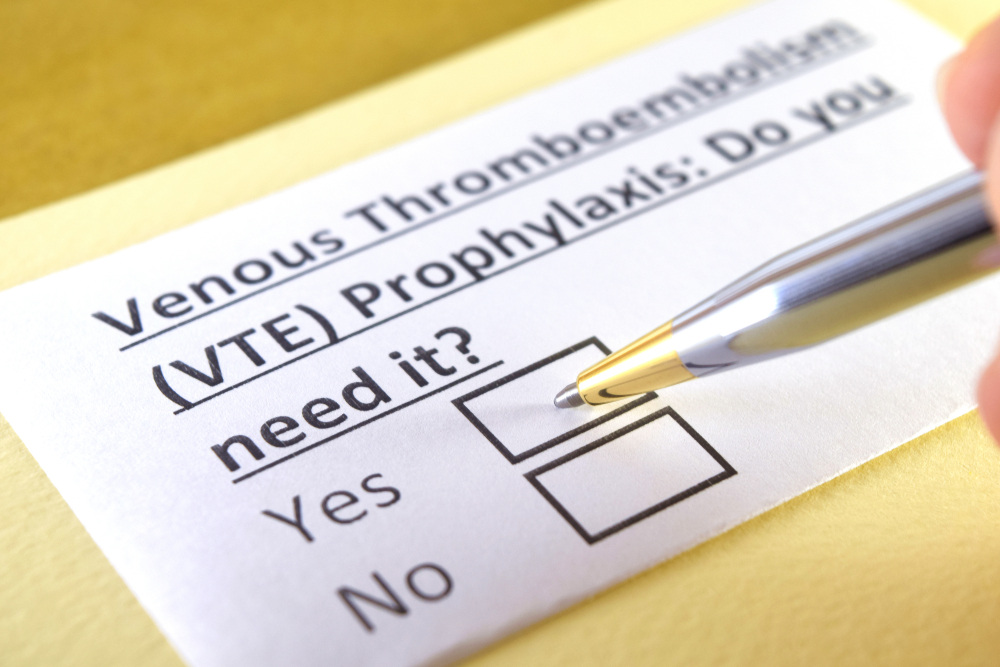 For the first time, a just published analysis indicates that diabetes mellitus (DM) may be associated with venous thromboembolism (VTE) to a greater extent in women than in men.

A research team from the Complexity Science Hub and Medical University of Vienna analyzed 180,034 patients with DM and found evidence that women are at higher risk of VTE than men—particularly during perimenopause.

In contrast, the risk in men was found to be only 1.3 times higher than controls.  According to study author Dr. med. univ. Carola Deischinger, BA, the relative risk of VTE increases in women after the age of 40 in particular.

DM, a chronic disease affecting >8% of the world’s population, is known to be a risk factor for VTE.  According to data from the Centers for Disease Control and Prevention (CDC), of the >37 million Americans who have diabetes (about 1 in 10), approximately 90% to 95% of them have type 2 diabetes.  The US Office on Women’s Health cites that about 15 million women in the country have diabetes, or approximately 1 in every 9 adult women.

VTE is defined as deep vein thrombosis (DVT), pulmonary embolism (PE), or both—the latter being a dangerous complication of thrombosis.  Prior studies have shown that the risk of developing venous VTE is increased in patients with DM.  Further, acute hyperglycemia has been associated with poor clinical outcomes of thrombotic events.

The CDC states that, while the precise number of people affected by deep vein thrombosis (DVT) or pulmonary embolism (PE) is unknown, as many as 900,000 people could be affected each year in the United States.  Further, CDC estimates suggest that 60,000 to 100,000 Americans die of DVT/PE, also called venous VTE, each year.  In fact, sudden death is the first symptom in about ~25% of people who have a PE and 10% to 30% of people will die within 1 month of diagnosis.  CDC’s data on its morbidity and recurrence are also sobering.  Among patients who have experienced a DVT, one third to one half will be left with long-term complications (post-thrombotic syndrome) such as swelling, pain, discoloration, and scaling in the affected limb, and ~33% of people with DVT/PE will have a recurrence within 10 years.

The researchers hold that what is new in their research is the gender differential aspect which may aid women’s healthcare providers’ efforts to tailor treatment regimens.

While, in the past, traditional treatment methods could take minimal account of gender-specific differences in numerous diseases, “thanks to great research efforts and Big Data analyses, we already know much more about this today,” stated co-author Elma Dervic, resident scientist and software engineer from the Complexity Science Hub in Vienna.  As a result, she explained, these differences can be analyzed in detail and treatments can be adjusted accordingly.

This study was preceded by two other studies conducted by the team which also explored the gender-specific differences of patients with DM on the manifestation of depression and Parkinson’s disease, respectively.  Significant gender specific differences were found in these analyses as well.

“Our findings suggest that women with diabetes mellitus should be monitored more carefully for the development of VTE, especially during their perimenopause,” emphasizes Alexandra Kautzky-Willer, MD, head of the Gender Medicine Unit in the Division of Endocrinology and Metabolism, Medical University of Vienna, also a co-author of the study.

“This shows once again that the biological advantage of women —especially for vascular complications in the case of diabetes—is dwindling and their risk increases further with the drop in estrogen in the menopause.  Even more reason for intensive treatment of all risk factors at a younger age,” she emphasized.

Open access to the complete study, “Diabetes mellitus is associated with a higher relative risk for venous thromboembolism in females than in males,” is available here.

Although it provides specific guidance for hospitalized patients, the American Heart Association’s 2020 “Call to Action to Prevent Deep Vein Thrombosis (DVT) and Pulmonary Embolism (PE)” document is a rich primer and your go-to resource for up-to-date clinical details and guidance on a myriad of aspects of VTE.  From common medical illnesses associated with VTE, to common surgical procedures associated with it, to data on patients’ lack of awareness of VTE and its risks, to evidence basis for VTE risk assessment and prophylaxis, individualization of VTE risk reduction and more—all are available at no cost.  Be sure to add it to your ready-reference list.

The Johns Hopkins Venous Thromboembolism (VTE) Collaborative has developed an educational patient handout and video series to better engage patients and their loved ones as partners in preventing blood clots.  The comprehensive but patient-friendly FAQs and companion videos are available for free here.