Which Patients Should Take Paxlovid? 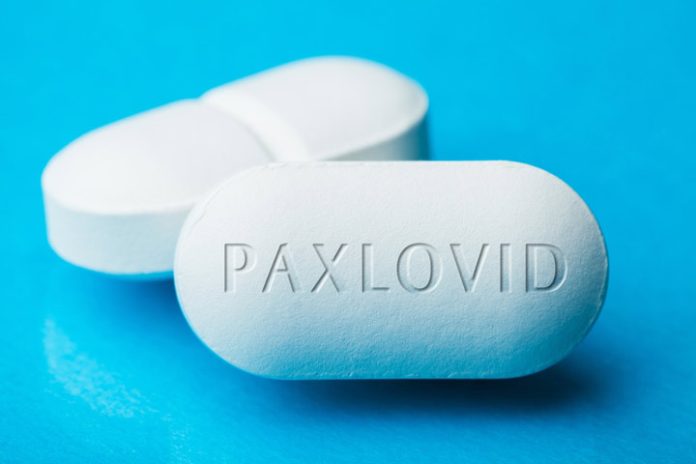 When President Joe Biden tested positive for covid-19 on July 21, his physician recommended he take the antiviral drug Paxlovid. The drug significantly reduces the likelihood of hospitalization or death for someone at high risk of developing severe covid. Biden started the five-day course that day, according to the White House, and within six days he tested negative for the virus and was cleared to leave isolation.

Biden’s chief medical adviser, Dr. Anthony Fauci, also took Paxlovid when he contracted covid in June yet soon tested positive for the disease again. So he took a second round of the drug even though it isn’t approved for that.

Since Paxlovid became available seven months ago, it has eclipsed other available therapies created to forestall life-threatening covid symptoms in high-risk patients. Some healthcare providers are quick to prescribe it, but as with so much about the covid pandemic, there is controversy. Some patients are concerned about a possible rebound of the disease, while others have difficulty convincing their provider they are good candidates for the drug.

“Paxlovid is still the go-to drug” even though it may not be appropriate for everyone, said Dr. Priya Nori, an infectious disease physician in the Montefiore Health System.

In a clinical trial, people who had mild-to-moderate covid and were at high risk for becoming seriously ill lowered their risk of being hospitalized with or dying of the disease by 88% if they took Paxlovid within five days of developing symptoms.

But even as specialists in infectious diseases praise the treatment’s effectiveness, many practitioners say they have questions about prescribing the drug and want better data.

Here are answers to some common questions about Paxlovid.

Q: What is Paxlovid, and how does it work?

Paxlovid is an antiviral medication that is made of two drugs: One blocks a key enzyme that the covid virus needs to replicate, and the second blocks the first drug’s metabolism in the liver so it doesn’t leave the body as quickly. Patients take three pills twice a day for five days.

Q: Who should take Paxlovid?

When the FDA authorized the emergency use of Paxlovid, it specified that the drug was to be prescribed to people at high risk of getting severely ill from covid. The high-risk list is long, including people older than 65 and those who have chronic or serious health conditions such as cancer, obesity, diabetes, asthma, and heart disease.

Yet seven months after Paxlovid was authorized, some patients have the protection of two booster shots of a covid vaccine, and many were previously infected by the omicron variant of the virus. So clinicians are left to assess how much a patient’s history elevates or lowers their risk of severe infection, balancing that against the utility of prescribing a drug that has downsides as well.

Some people who fall into a high-risk category may not be able to take Paxlovid if they take any of a long list of drugs that could interact with the antiviral. Temporarily pausing some drugs on the list — like those that treat high cholesterol or high blood pressure — until a course of Paxlovid is finished may not risk serious health problems. But for people who are on drugs such as transplant rejection drugs or antiarrhythmic drugs that regulate their heartbeats, “these could cause catastrophic complications” if taken with Paxlovid, said Dr. Scott Roberts, assistant professor of infectious diseases at Yale School of Medicine.

Paxlovid is not recommended for people who are unlikely to get seriously ill from covid. In June, the drug’s manufacturer, Pfizer, announced it was discontinuing a clinical trial for standard-risk people because Paxlovid didn’t significantly reduce hospitalization and death in that group. The trial included both vaccinated and unvaccinated people.

Perhaps those results aren’t surprising, since “for people who are low-risk, their risk of getting hospitalized is so low that taking Paxlovid isn’t adding any advantage,” said Dr. Daniel Kuritzkes, chief of the division of infectious diseases at Brigham and Women’s Hospital in Boston.

Also in June, Pfizer announced it had applied to the FDA for full approval for Paxlovid.

Q: What are the options for someone who can’t take Paxlovid?

A couple of other antiviral medications (Veklury and Lagevrio) and a monoclonal antibody drug (Bebtelovimab) also reduce people’s risk of hospitalization and death from covid. But they are less convenient than Paxlovid, requiring injections or infusions, or not as effective. Still, they are possibilities if someone can’t take Paxlovid.

A small percentage of people get covid symptoms and test positive for the coronavirus again after completing a five-day course of Paxlovid. But how many patients are affected and why rebounds occur are much debated.

In the Pfizer clinical trial, 1% to 2% of participants tested positive for covid again after completing a course of Paxlovid. Because the rebound occurred in people who got the drug and those who got a placebo, the FDA concluded that “it is unclear at this point that this is related to drug treatment.”

A study published in June by researchers at the Mayo Clinic found that fewer than 1% of 483 high-risk patients who had received Paxlovid experienced rebound symptoms.

Anecdotal reports suggest that the rebound figure is higher, though. Several prominent people in the medical community have reported experiencing rebound infections and symptoms, though they are typically mild. In addition to Fauci, director of the National Institute of Allergy and Infectious Diseases, the group includes Dr. David Ho, director of the Aaron Diamond AIDS Research Center at Columbia University, and Dr. Peter Hotez, dean of the National School of Tropical Medicine at Baylor College of Medicine.

“I’m still confused about it, and most of the people I speak to about it are still confused, because we don’t know why exactly it’s happening,” said Dr. Robert Wachter, a professor and the chair of the Department of Medicine at the University of California-San Francisco. In May, Wachter tweeted about the rebound experience of his wife, writer Katie Hafner. “The public data on frequency doesn’t sync up with everybody’s experience.”

There are several theories for why rebounds occur. Some experts suspect the drug doesn’t totally eliminate the virus in some people who have a high viral burden, leading to a resurgence after the five-day course. Others suggest that because the treatment is started immediately after covid symptoms emerge, the body’s immune system doesn’t get a chance to get a good look at the virus and ramp up to fight it once the treatment ends. Or it could be that some people clear the antiviral drug from their bodies faster than others.

“If you have faster clearance, you may not have the exposure necessary to clear the virus,” said Ashley Brown, a virologist at the University of Florida in Orlando.

“We are continuing to monitor the data, but we have not seen any resistance emerge to date in patients treated with Paxlovid and believe the return of elevated detected nasal viral RNA is uncommon and not uniquely associated with treatment,” Pfizer spokesperson Kit Longley said in an email.

Q: Given the rebound effect, do current prescription guidelines need to be revisited?

Some medical experts wonder if tweaking the timing or duration of a course of Paxlovid might eliminate the rebound effect some patients experience. If people started taking Paxlovid on day 3 of symptoms, instead of right away, for example, their bodies’ defenses could kick in, bolstered by vaccines or previous infections, Nori said.

“Then we augment with the antiviral, and this rebound might be mitigated,” she said.

Many experts believe a five-day course is just too short, said Wachter, who wants more data. “You would think it wouldn’t be that hard to do a study on five days versus seven days versus 10 days,” he said.

According to Pfizer’s Longley: “There may be some patient populations who may benefit from longer durations of treatment or recurrent treatment, and we are considering additional studies to evaluate this in some populations.”

Q: Fauci took a second course of Paxlovid after experiencing a rebound effect. Is that something other patients can do too?

Fauci said he took a second course of Paxlovid after testing positive for covid and feeling even sicker on the second go-around with the virus.

Prescription guidelines state clearly that “Paxlovid is not authorized for use longer than five consecutive days.”

Not all clinicians agree with the guidelines. “For people who are really high-risk, it’s hard to say, ‘Just take Tylenol,’” said Dr. David Wohl, a professor of medicine in the division of infectious diseases at the University of North Carolina-Chapel Hill.

At Brigham and Women’s Hospital, clinicians don’t generally recommend a second course of Paxlovid for patients who experience a rebound, said Kuritzkes, “though there is some diversity of opinion.”

In the FDA’s guidance to providers in May, Dr. John Farley, director of the Office of Infectious Diseases, said, “There is no evidence of benefit at this time for a longer course of treatment (e.g., 10 days rather than the 5 days recommended in the Provider Fact Sheet for Paxlovid) or repeating a treatment course of Paxlovid in patients with recurrent COVID-19 symptoms following completion of a treatment course.”

Fauci’s move was disconcerting to some clinicians.

“I was a little surprised and taken aback that the country’s top doctor went against guidance,” said Roberts, of Yale. “That sends a mixed message to me. I imagine I’ll get patients who say, ‘Dr. Fauci got two courses. Why not me?’”

Q: Are people contagious if they have a rebound? Should they isolate?

If people test positive again after a course of Paxlovid, Kuritzkes said, it’s assumed they are contagious, and they should isolate from others.

Q: Will the coronavirus become resistant to Paxlovid?

It’s a concern, experts say, but there’s no evidence it’s happened yet.

“The virus is mutating at all regions of its genome at all times, so at some point Paxlovid will probably become less effective than when the study was done a year ago,” Roberts said