USPSTF: Jury Still Out on Pelvic Exams for Most Gynecologic Conditions 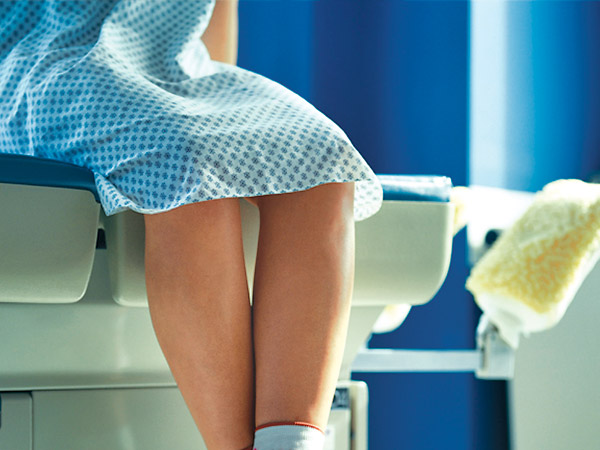 There is insufficient evidence to recommend for or against pelvic exams for most gynecologic conditions among asymptomatic women of reproductive age, said the U.S. Preventive Services Task Force.
Other than cervical cancer, gonorrhea and chlamydia, which have been addressed in separate recommendation statements, the USPSTF cited “insufficient evidence” to assess the balance of benefits and harms of these screenings in asymptomatic, non-pregnant women 18 years of age and older, who are not at increased risk of any specific gynecologic condition.

Notably, the authors reported that they were only able to find “limited evidence” on the accuracy of these examinations to detect ovarian cancer, bacterial vaginosis, genital herpes, and trichomoniasis — with very few studies on screening for other gynecologic conditions with pelvic examination alone.
This final recommendation (I statement) was published on the USPSTF site and simultaneously in the Journal of the American Medical Association. It affirms a draft statement issued last June, with a clarification that the USPST is not recommending against screening, and that it did not consider costs in its review.
The Task Force found inadequate evidence of benefits or harms in routine screening, citing only a few studies that reported false-positive rates for ovarian cancer (ranging from 1.2% to 8.6%), and rates of surgery for patients with abnormal findings (ranging from 5% to 36%). No studies quantified the amount of anxiety associated with these examinations, they noted.

A separate editorial in JAMA Internal Medicine singled out the high false-positive rates with ovarian cancer screening and suggested the associated harms may be “substantial.” George F. Sawaya, MD, of the University of California San Francisco, characterized pelvic exams as a “ritual,” citing a survey of U.S. ob/gyns where over 85% said they performed bi-manual examination even among patients who had undergone a total hysterectomy, including the removal of both tubes and ovaries.