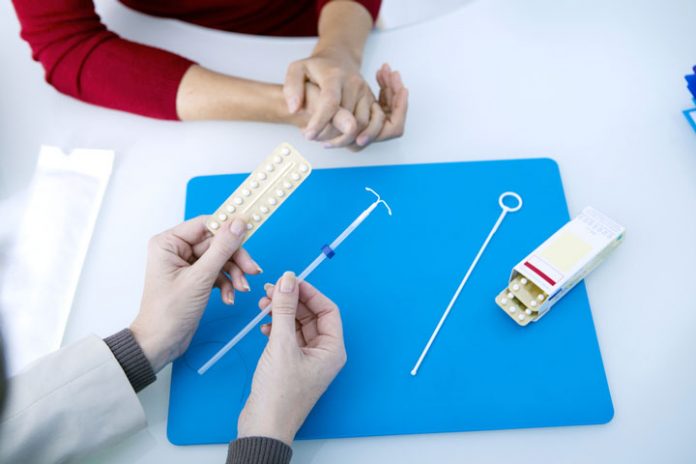 In September, when Texas’ near-total abortion ban took effect, Planned Parenthood clinics in the Lone Star State started offering every patient who walked in information on Senate Bill 8, as well as emergency contraception, condoms and two pregnancy tests. The plan is to distribute 22,000 “empowerment kits” this year.

“We felt it was very important for patients to have as many tools on hand to help them meet this really onerous law,” said Elizabeth Cardwell, lead clinician at Planned Parenthood of Greater Texas, which has 24 clinics across the northern and central regions of the state and provides care to tens of thousands of people annually.

Most of their patients — who tend to be uninsured and have annual household incomes of less than $25,000 — had not known about SB 8 the first several weeks after implementation, said Cardwell. But once they learned about it, patients seemed to rush to get on birth control, she said.

SB 8 allows private citizens, in Texas or elsewhere, to sue anyone who performs an abortion in the state or who “aided or abetted” someone getting an abortion once fetal cardiac activity is detected. This is generally around six weeks, before most people know they’re pregnant. It’s had a chilling effect in Texas, where access to abortion was already limited.

Medical staffs are doubling down on educating patients about birth control. They recognize the strategy isn’t foolproof but are desperate to prevent unintended pregnancies, nearly half of which nationwide end in abortion.

“It’s more important now than it ever has been,” said Cardwell. “I’ve been in abortion care 30-plus years, and my go-to line was ‘You’ve got plenty of time. You don’t have to feel rushed. Talk with your partner. Talk with your family,’” she said. “Now we don’t have that luxury.”

Patients, too, seem to feel a sense of urgency. During September, according to data from Planned Parenthood of Greater Texas, medical staff provided patients with some form of birth control — for example, pill packs, Depo-Provera shots or IUD implant insertions — in more than 3,750 visits, 5% more than in September 2020.

Dr. Jennifer Liedtke, a family physician in West Texas, said she and her nurse practitioners explain SB 8 to every patient who comes to their private practice and saw a 20% increase in requests for long-acting reversible contraceptive methods, known as LARCs, in September.

LARCs, a category that includes intrauterine devices and hormonal implants, have become increasingly appealing because they are 99% effective at preventing pregnancy and last several years. They are also simpler than the pill, which needs to be taken daily, or a vaginal ring that needs to be changed monthly.

Still, LARCs are not everyone’s preferred method. For example, inserting an IUD can be painful.

A doctor’s office is one of the few opportunities for reliable birth control education. Texas law doesn’t require schools to teach sex education, and if they do, educators must stress abstinence as the preferred birth control method. Some doctors opt to explain abortion access in the state when naming birth control options.

Liedtke is used to having to explain new laws passed by the Texas legislature. “It happens all the time,” she said. But the controversy surrounding SB 8 confuses patients all the more as the law works its way through the court system with differing rulings, one of which briefly blocked the measure. The U.S. Supreme Court heard related arguments Nov. 1.

“People just don’t understand,” said Liedtke. “It was tied up for 48 hours, so they are like, ‘It’s not a law anymore?’ Well, no, technically it is.”

Not all providers are able to talk freely about abortion access. In 2019, the Trump administration barred providers that participate in the federally funded family planning program, Title X, from mentioning abortion care to patients, even if patients themselves raise questions. In early October, the Biden administration reversed that rule. The change will kick in this month. Planned Parenthood can discuss SB 8 in Texas because Texas affiliates do not receive Title X dollars.

Dr. Lindsey Vasquez of Legacy Community Health, the largest federally qualified health center in Texas and a recipient of Title X dollars, said she and other staff members have not discussed abortion or SB 8 because they also must juggle a variety of other priorities. Legacy’s patients are underserved, she said. A majority live at or below the federal poverty level.

Nearly two years into the covid-19 pandemic, “we’re literally maximizing those visits,” Vasquez said. Their jobs go beyond offering reproductive care. “We’re making sure they have food resources, that they have their housing stable,” she said. “We really are trying to make sure that all of their needs are met because we know for these types of populations — patients that we serve — this may be our only moment that we get to meet them.”

Specialized family planning clinics that receive Title X dollars do have proactive conversations about contraceptive methods, according to Every Body Texas, the Title X grantee for the state.

Discussions of long-acting reversible contraception must be handled with sensitivity because these forms of birth control have a questionable history among certain populations, primarily lower-income patients. In the 1990s, lawmakers in several states, including Texas, introduced bills to offer cash assistance recipients financial incentives to get an implant or mandate insertion for people on government benefits, a move seen as reproductive coercion.

“It’s important for a client to get on the contraceptive method of their choice,” said Mimi Garcia, communications director for Every Body Texas. “Some people will just say, ‘Let’s get everyone on IUDs’ or ‘Let’s get everybody on hormonal implants’ because those are the most effective methods. … That’s not something that’s going to work for [every] individual. … Either they don’t agree with it philosophically or they don’t like how it makes their body feel.”

Providers can start the conversation

It’s a nuanced subject for providers to broach, so some suggest starting the conversation by asking the patient about their future.

“The best question to ask is ‘When do you want to have another baby?’” said Liedtke. And then if they say, ‘Oh, gosh, I’m not even sure I want to have more kids’ or ‘Five or six years from now,’ then we start talking LARCs. … But if it’s like, ‘Man, I really want to start trying in a year,’ then I don’t talk to them about putting one of those in.”

The Biden administration expected more demand for birth control in Texas, so Health and Human Services Secretary Xavier Becerra announced in mid-September that Every Body Texas would receive additional Title X funding, as would local providers experiencing an influx of clients as a result of SB 8.

But providers said improved access to contraception will not blunt the law’s effects. It will not protect patients who want to get pregnant but ultimately decide on abortion because they receive a diagnosis of a serious complication, their relationship status changes, or they lose financial or social support, said Dr. Elissa Serapio, an OB-GYN in the Rio Grande Valley and a fellow with Physicians for Reproductive Health.

“It’s the very best that we can do,” said Cardwell, of Planned Parenthood of Greater Texas. “There’s no 100% effective method of birth control.”

KHN (Kaiser Health News) is a national newsroom that produces in-depth journalism about health issues. Together with Policy Analysis and Polling, KHN is one of the three major operating programs at KFF (Kaiser Family Foundation). KFF is an endowed nonprofit organization providing information on health issues to the nation