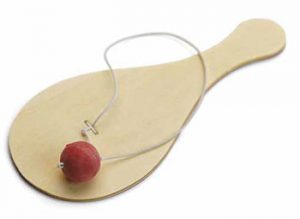 Adolescent pregnancy, versus pregnancy at any other time during the reproductive years, carries the highest risks for maternal morbidity/mortality, low birth weight, and preterm birth.4,5 These risks increase with each subsequent pregnancy.4

Repeat adolescent pregnancies are also associated with escalating social and economic burdens that affect the adolescents, their families, their communities, and society at large, costing more than $9 billion annually.6 Adolescent mothers with more than one child are more likely to attain lower levels of education and live in poverty or remain on welfare.3

Despite all these challenges, many adolescent mothers desire measures to prevent a repeat pregnancy, including use of more effective contraceptives.3 In 2012, the American College of Obstetricians and Gynecologists recommended that long-acting reversible contraceptives—the most effective contraceptives, which include intrauterine contraceptives (IUCs) and implants—be available for adolescent use.5,15 Adolescent mothers who were implant users, versus depot medroxyprogesterone acetate (DMPA) users and oral contraceptive users, were more likely to continue using their method.16  In addition, implant users were less likely to become pregnant than DMPA users or pill users.16 However, according to results of the Contraceptive CHOICE Project, the rate of IUC use among AA adolescent mothers remained lower, at 15%, than that among Hispanics (36%) or non-Hispanic whites (26.5%).17 Lack of knowledge about IUCs and cost of the devices are barriers to their use.18

More than two-thirds of adolescent pregnancies are the result of sexual activity with a partner who is also an adolescent.23 Compared with their non-parenting peers, adolescent fathers tend to have less academic preparation, higher school dropout rates, and lower employment and income potential.23  Nevertheless, support from the father of their children can strengthen emotional bonds and enrich the home environment of adolescent mothers.24

Even under adverse circumstances, some adolescents are resilient enough to rebound from the effects of an unplanned pregnancy and even establish healthy behaviors to prevent a repeat adolescent pregnancy. Resilience is the ability to spring back in the face of adversity.25-27 In adolescents, resilience focuses on assets and resources that enable them to overcome the adverse effects of risk exposure.28

Assets and resources include personal qualities of intelligence, self-efficacy, self worth, hopefulness, and religious connection; having relatively higher socioeconomic status; attending good schools; and having other community advantages.29

As important as social influences and resilience are in their effect on adolescent mothers, few studies have specifically addressed these variables in the prevention of a repeat adolescent pregnancy. One study30  investigated pregnant Hispanics’ protective factors to prevent a repeat pregnancy, whereas another31  examined AA adolescents and their social and environmental stressors, without a focus on repeat pregnancies.

This study had a non-experimental, quantitative, cross-sectional design.

This convenience sample of adolescent mothers gave birth within 1-2 days of being recruited for the study at three hospitals within a tertiary hospital system in the Southeast U.S. Participants were recruited over a 6-month period. Letters of access were obtained from nursing directors of the women’s center at each hospital authorizing permission for access to its adolescent populations. Participants were recruited from the postpartum units of the hospitals by the principal investigator (PI). Inclusion criteria were AA or Hispanic female aged 10-19 years; delivery of a single, live, healthy, full-term infant; and being the major caretaker of the infant. Participants were also asked whether they were able to read English or Spanish on at least a fifth-grade level.

Data collection started once approval of the research protocol was secured from the University Office of Research Integrity and the collaborating hospital. First, the PI met with directors of nursing and staff at the three hospitals. The study and its importance were discussed at meetings to orient nurses and unit staff. Questions were answered. Subject recruitment posters were placed on postpartum units to encourage potential participants to volunteer for the study and as reminders for nurses and staff. Handouts were distributed at antepartum clinics to inform adolescents about the study to encourage their participation during the postpartum period.

The PI visited or called the postpartum units daily to identify potential participants and screen for eligibility. The study was explained and informed consent was obtained from adolescents aged 18 years or older. If prospective participants were younger than 18, the PI obtained informed consent from their parents or legal guardians, and assent was obtained from the adolescent mothers themselves. The study was conducted in each participant’s postpartum room. Participants were informed that the study packet could be completed in 50 minutes, although they could take as long as they needed to read and answer the questions. They were given the choice to complete the study packet in English or Spanish.

Adolescents were informed that participation in the study was voluntary; they could withdraw at any time, with no loss of service from the hospital or adverse repercussions from the university. No individually identifiable information was collected; each completed packet was stored in a sealed envelope, assigned a number, and transferred to a locked drawer in the PI’s office. As is the standard of care, several participants did initiate contraception prior to discharge from the hospital.

The paper and pencil study packet consisted of a demographic data sheet; a list of contraceptive choices, including abstinence; the Adolescent Social Influence Scale (ASIS); and the Wagnild and Young Resilience Scale (RS).

The ASIS, an 11-point Likert-type questionnaire, is available in English and Spanish. The scale had been developed to compare and contrast social influences on Dominican adolescents living in the U.S. and those living in the Dominican Republic.32 Adolescents rated the influence of parents, family, peers, school, and church, ranging from 0 (no influence) to 10 (very strong influence). The reliability estimate was .78 with initial use of this instrument.32 Fathers of the babies were added as an additional social influence for this sample.

Developed in 1993, this 25-item scale measures a person’s internal resources and how he/she copes with difficult life events.27 Items are constructed on a 7-point Likerttype scale from 1 (disagree) to 7 (agree). Based on the initial study using the scale, the reliability estimation was .91. Validity was supported with positive correlation with the Life Satisfaction Index A Scale and the Philadelphia Geriatric Center Morale Scale (r  = .30 and r  = .28, respectively; P  <.001).The Spanish version of the scale had a Cronbach’s α of .93.33

The sample comprised 133 participants, with 77 reporting their race/ethnicity as AA and 56 as Hispanic. Mean age was 17.8 years. To avoid another pregnancy, 85% of participants planned to use contraceptives and 23% planned to remain abstinent.

(Some participants planned to remain abstinent, yet wanted contraception on hand as needed.) The most common choices for intended birth control were DMPA injections and IUCs. Table 1 lists the demographic data collected.

1. What is the relationship between social influences and personal resilience and the intention to use contraception or abstinence to prevent another pregnancy?

Resilience scores for AA adolescent mothers ranged from 57 to 175 (M, 145.8; SD, 21.59). Highest-scoring responses included the following: I usually manage one way or another, I am determined, I have self-discipline, and I have enough energy to do what I have to do. Hispanic adolescent mothers’ resilience scores were 65-174 (M, 142.8; SD, 20.70). Highest-scoring items were I can be on my own if I have to and I am friends with myself. Reliability estimates for the RS were .90 for the English version and .92 for the Spanish version.

2. What is the effect of the mother’s age, race, socioeconomic status, education, social influences, and resilience on using contraception to prevent a repeat adolescent pregnancy for AA and Hispanic parenting adolescent mothers?

Logistic regression was used to analyze effects of the independent variables (age, race, socioeconomic status, education, social influences, and resilience) on the dependent variable of intending to use contraception to prevent a repeat pregnancy. The full model was statistically significant, x2 (11, N = 133) = 27.08, P =.004 (Table 3). Race and resilience were the two significant variables, with resilience (odds ratio [OR], 1.03) being the stronger predictor of adolescent mothers’ intent to use contraception as the method of preventing a repeat adolescent pregnancy. With other factors in the model controlled for, AA mothers were 3.6 times less likely than Hispanic mothers to use birth control (OR, .28) (Table 3).

Previous research has shown that resilient adolescent mothers have the ability to overcome barriers to contraceptive use in preventing an unintended repeat adolescent pregnancy.34,45 They can then rebound to achieve positive outcomes of finishing school, gaining employment, and becoming caring mothers.36 In the current study, resilient AA adolescent mothers reported that they were intent on using contraceptives, indicating that they possessed inner strengths and desires to prevent another adolescent pregnancy. At the same time, AA adolescent mothers, versus their Hispanic counterparts, were less likely to use contraceptives. Also in the current study, 23% of the participants indicated that they planned to remain abstinent as a birth control option. Resilient adolescent mothers, if equipped with cognitive and behavioral strategies and positive social influences, might be able to remain abstinent and therefore prevent a repeat pregnancy.37

Although resilient AA adolescent mothers use contraception, they are less likely to use it than other adolescent mothers. Maternity healthcare personnel (e.g., obstetricians, midwives, nurse practitioners, nurses, social workers) are positioned to have a long-term impact on adolescent mothers through discussions about consistent contraceptive use, use of more effective birth control methods, and encouragement of abstinence and delay of sexual activity.14 It is recommended that sexually experienced adolescents who wish to become abstinent be supported in their decision.20

Parenting adolescents need the support of their own parents and family members. In addition, the father of the baby is an important social influence for the adolescent mother, as shown in this study. Maternity staff can facilitate the father’s involvement in the care of the adolescent mother and child in the immediate postpartum period and can engage him in dialogues on contraceptive use to prevent a repeat pregnancy.

This study was conducted in a southern state in the U.S. and may lack generalizability. Participants were not asked if they were first-time or repeat adolescent mothers; gravidity and parity could explain some of the results.

A longitudinal study with similar variables and varied time points over 2 years would reveal the impact of social influences and resilience on adolescent mothers’ contraceptive use or abstinence at a time when they are most likely to have a repeat adolescent pregnancy. Countries of origin among participants in this study included Chile, Colombia, Guatemala, Haiti, Honduras, Mexico, Nicaragua, and the United States. The cultural impact of one’s country of origin on decisions for contraceptive use or abstinence by minority adolescent mothers would be worthwhile to study.

Nola Holness is Clinical Assistant Professor at Florida International University in Miami, Florida. The author states that she has received financial support from the Florida Nurses Foundation (Undine Sam’s Award).

7. Guttmacher Institute. Pregnancies, Births and Abortions Among Adolescents and Young Women in the United States, 2013: National and State Trends by Age, Race and Ethnicity. September 2017.

10. CDC. Trends in Repeat Births and Use of Postpartum Contraception Among Teens — United States, 2004–2015.

18. Fleming KL, Sokoloff A, Raine TR. Attitudes and beliefs about the intrauterine device among teenagers and young women. Contraception. 2010;82:178-182.