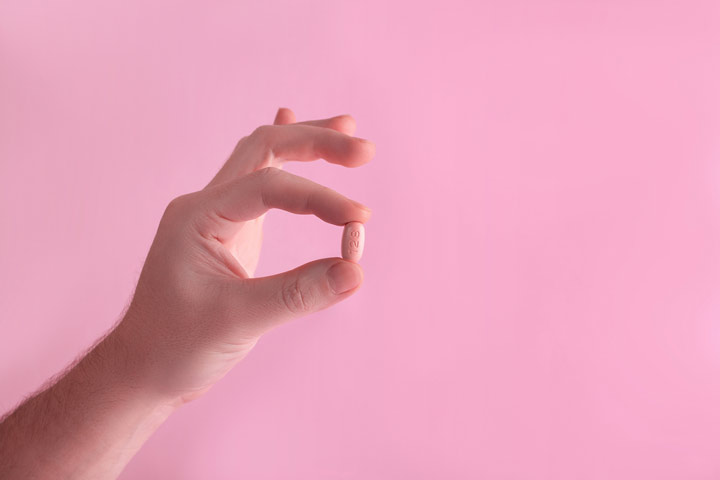 PrEP Is Supposed to Be Free. Why Are Some Patients Still Paying?

Anthony Cantu, 31, counsels patients at a San Antonio health clinic about a daily pill shown to prevent HIV infection. Last summer, he started taking the medication himself, an approach called preexposure prophylaxis, better known as PrEP. The regimen requires laboratory tests every three months to ensure the powerful drug does not harm his kidneys and that he remains HIV-free.

But after his insurance company, Blue Cross and Blue Shield of Texas, billed him hundreds of dollars for his PrEP lab test and a related doctor’s visit, Cantu panicked, fearing an avalanche of bills every few months for years to come.

“I work in social services. I’m not rich. I told my doctor I can’t continue with PrEP,” said Cantu, who is gay. “It’s terrifying getting bills that high.”

A national panel of health experts concluded in June 2019 that HIV prevention drugs, shown to lower the risk of infection from sex by more than 90%, are a critical weapon in quelling the AIDS epidemic. Under provisions of the Affordable Care Act, the decision to rate PrEP as an effective preventive service triggered rules requiring health insurers to cover the costs. Insurers were given until January 2021 to adhere to the ruling.

Faced with pushback from the insurance industry, the Department of Labor clarified the rules in July 2021: Medical care associated with a PrEP prescription, including doctor appointments and lab tests, should be covered at no cost to patients.

More than half a year later, that federal prod hasn’t done the trick.

In California, Washington, Texas, Ohio, Georgia, and Florida, HIV advocates and clinic workers say patients are confounded by formularies that obfuscate drug costs and by erroneous bills for ancillary medical services. The costs can be daunting: a monthly supply of PrEP runs $60 for a generic and up to $2,000 for brand-name drugs like Truvada and Descovy. That doesn’t include quarterly lab tests and doctor visits, which can total $15,000 a year.

“Insurers are quite smart, and they have a lot of staff,” said Carl Schmid, executive director of the HIV+Hepatitis Policy Institute. They are setting up “formularies in a way that looks like I’m going to have to pay, and that’s one of the barriers. They are not showing this is free for people in an easy way.”

Schmid has found repeated violations: bewildering drug formularies that wrongly assign copays; PrEP drugs listed in the wrong tier. Some plans offer zero-cost access only to Descovy, a patented drug Gilead Sciences tested only in men and transgender women that is not authorized by the FDA for use by women who have vaginal sex.

More than 700,000 Americans have died from HIV-related illnesses since the AIDS epidemic emerged in 1981. But compared with its devastating impacts in the 1980s and ’90s, HIV is now largely a chronic disease in the U.S., managed with antiretroviral therapy that can suppress the virus to undetectable — and non-transmissible — levels. Public health officials now promote routine testing, condom use, and preexposure prophylaxis to prevent infections.

“Contracting HIV or AIDS is not a fear of mine,” said Dan Waits, a 30-year-old gay man who lives in San Francisco. “I take PrEP as an afterthought. That’s a huge shift from a generation ago.”

Still, 35,000 new infections occur each year in the U.S., according to KFF. Of those, 66% occur through sex between men; 23% through heterosexual sex; and 11% involve injecting illegal drugs. Black people represent nearly 40% of the 1.2 million U.S. residents living with HIV.

HIV prevention drugs, including a long-lasting injectable approved by the FDA last December, are critical to reducing the rate of new infections among high-risk groups. But uptake has been sluggish. An estimated 1.2 million Americans at risk of HIV infection should be taking the pills, according to the Centers for Disease Control and Prevention, but only 25% are doing so, and use among Black and Hispanic patients is especially low.

“Until we can increase uptake of PrEP in these communities, we’re not going to be successful in bringing about an end to the HIV epidemic,” said Justin Smith, director of the Campaign to End AIDS at the Positive Impact Clinic in Atlanta. Atlanta has the second-highest rate of new HIV infections, after Washington, D.C.

Women remain a neglected group when it comes to PrEP education and treatment. In some urban areas, such as Baltimore, women account for 30% of people living with HIV. But women have been largely ignored by PrEP marketing efforts, said Dr. Rachel Scott, scientific director of women’s health research at the MedStar Health Research Institute in Washington, D.C.

Scott runs a reproductive health clinic that cares for women with HIV and those at risk of infection. She counsels women whose sexual partners do not use condoms or whose partners have HIV and women who have transactional sex or share needles to consider the HIV prevention pill. Most, she said, are completely unaware a pill could help protect them.

In the years since Truvada, the first HIV prevention pill authorized by the FDA, was approved in 2012, lower-priced generic versions have entered the market. While a monthly supply of Truvada can cost $1,800, generic prescriptions are available for $30 to $60 a month.

Even as medication costs have decreased, lab tests and other accompanying services are still being billed, advocates say. Many patients are unaware they do not have to pay out-of-pocket. Adam Roberts, a technology project manager in San Francisco, said his company’s health insurer, Aetna, has charged him $1,200 a year for the past three years for his quarterly lab tests.

“I assumed that was the cost of being on the medication,” said Roberts, who learned about the issue from a friend in January.

Enforcing coverage rules falls to state insurance commissioners and the Department of Labor, which oversees most employer-based health plans. But enforcement is driven largely by patient complaints, said Amy Killelea, an Arlington, Virginia-based lawyer who specializes in HIV policy and coverage.

“It’s the employer-based plans that are problematic right now,” said Killelea, who works with clients to appeal charges with insurers and file complaints with state insurance commissioners. “The current system is not working. There need to be actual penalties for noncompliance.”

Even as they push for broader enforcement, HIV organizations are taking one small victory at a time.

On Feb. 16, Anthony Cantu received a letter from the Texas Department of Insurance informing him that Blue Cross and Blue Shield of Texas had reprocessed his claims for PrEP-related lab costs. The insurance company assured state officials that future claims submitted through Cantu’s plan “will be reviewed to make sure the Affordable Care Act preventive services would not be subject to coinsurance, deductible, copayments, or dollar maximums.”

The news was welcome, said Schmid of the HIV+Hepatitis Policy Institute, but “it shouldn’t have to be so hard.”