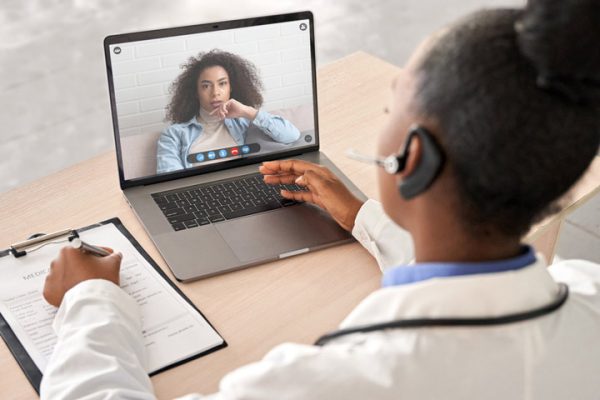 Soon after Dr. Mai Fleming finished her medical residency in the San Francisco Bay Area, she got to work on her Texas medical license. The family medicine doctor had no intention of moving there but invested nine months to master Texas medical law, submit to background checks, get fingerprinted, and pay hundreds of dollars in licensing fees.

It’s a process she has since completed for more than a dozen other states — most recently New Mexico, in February.

“Where I live is an area where abortion is really readily accessible,” said Fleming, who practices in San Francisco, California. “My approach has been to broaden access beyond my geographic bubble.”

Fleming is among a wave of doctors, nurse practitioners, and other health care providers who are getting licensed in multiple states so they can use telemedicine and mail-order pharmacies to help more women get medication abortions.

But they’re increasingly being stymied by state regulations. Many states already restrict doctors’ ability to consult with patients online or by phone and/or dispense abortion pills through mail-order pharmacies. A crop of new legislation could shut them out, pushed by lawmakers who oppose abortion and argue the medication is too risky to be prescribed without a thorough, in-person examination.

So far this year, 22 states have introduced a combined 104 proposals attempting to restrict medication abortions, such as by prohibiting the mailing of abortion pills and/or requiring them to be dispensed in person, according to the Guttmacher Institute, an organization that researches and advocates for abortion rights. Four of those proposals have already been enacted by South Dakota.

In Georgia, lawmakers are considering a measure that would require the pills to be dispensed in person and would prohibit anyone from sending them through the mail. The bill, which has passed one of two chambers of the Georgia legislature, also requires pregnant patients to appear in person for tests to check for rare complications and gather other information, a common strategy anti-abortion lawmakers have used to make medication abortion more difficult to obtain.

“We wouldn’t have a telemedicine visit and teach a woman how to perform a surgical abortion,” said Bruce Thompson (R-White), the Georgia state senator who introduced the measure. “Why would we do that with pills when, frankly, we have plenty of physicians or medical clinics around the state?”

If it passes, Georgia will join the 19 other states that prohibit telemedicine for medication abortions.

In a medication abortion, people who are up to 10 weeks pregnant can terminate their pregnancies by ingesting two pills over 48 hours: mifepristone, which terminates the pregnancy, and misoprostol, which expels it. The method has become increasingly popular, and more than half of abortions in the U.S. in 2020 were medication abortions.

Last year, the FDA made it easier for health professionals to prescribe the drugs used in medication abortions by removing the requirement that they be dispensed inside a clinic or hospital. That opened the door for patients to consult with a certified doctor online or over the phone and get a prescription mailed by a licensed pharmacy.

Dr. Lester Ruppersberger, a retired OB-GYN and president of the Catholic Medical Association in 2016, opposes telemedicine abortion, saying patients should make the decision face-to-face with a doctor.

Women need testing beforehand, he said, as well as access to surgeons or OB-GYNs in case of complications afterward.

“If somebody really wants an abortion, whether it’s surgical or it’s medical, and the closest facility where you can safely get access to that particular procedure is three hours away, then you’ll get in your car, perfectly healthy, and drive three hours to take advantage of the medical system,” said Ruppersberger, who is the medical director of two crisis pregnancy centers in Pennsylvania that provide pregnancy care while discouraging abortion.

But some abortion providers saw the FDA’s regulatory change as an opportunity to expand access for people in states that are restricting abortion procedures and/or medication abortions.

For nearly two years, Fleming flew to Texas a few days a month to perform abortion procedures, but that ended in September 2021, when SB 8, a Texas law banning almost all abortions after about six weeks, went into effect. Since then, similar laws have been introduced or passed in Idaho and Oklahoma.

This summer, the U.S. Supreme Court likely will rule on Mississippi’s proposed 15-week abortion ban, a case that could end the national right to abortion enshrined by Roe v. Wade and leave the question up to states.

Now, Fleming primarily uses telemedicine to try to bring abortions to more people, despite the crackdowns. Many of her patients are from states with permissive abortion rules but live in rural or other areas where abortions are hard to find.

“Ultimately this kind of work does broaden access to folks who have no other options,” Fleming said. “But it’s not actually solving the root issue and the restrictions that shouldn’t exist in the first place.”

At the crux of Fleming’s argument: No matter how many providers get licensed in states that allow telemedicine and mail-order abortion prescriptions, they can’t provide those services in the growing number of states that don’t.

“We’re reaching a point where the states with favorable regulatory situations are already served,” said Elisa Wells, the co-founder and co-director of Plan C, which helps patients get medication abortions.

Once the FDA adopted the new regulations last year, Wells awarded research grants to some providers to get their telemedicine practices up and running. They used the money for malpractice insurance, licensing, and other costs.

One of those doctors, Dr. Razel Remen, based in the Detroit area, has since obtained licenses in multiple states. Remen performs abortions at a Michigan clinic and can serve patients in Colorado, Illinois, Minnesota, and New York and through telemedicine.

Remen said she was inspired to get into telemedicine when she saw the work of Dr. Rebecca Gomperts, who founded a group called Aid Access.

Aid Access relies on nine U.S.-based clinicians to provide medication abortions in the states that allow it via telemedicine. To serve patients in the remaining states, the group works through a doctor and pharmacy based outside the U.S.; neither is subject to U.S. regulations. Gomperts practices in Austria and prescribes abortion medication through an Indian pharmacy.

Joanne Spetz, director of the Philip R. Lee Institute for Health Policy Studies at the University of California-San Francisco, said doctors interested in providing medication abortions across state lines can only do so much as more states shut down the practice.

“These efforts to credential and train and educate more clinicians certainly can help to reduce the pressure on the system,” Spetz said. But “unless somebody wants to try to flout those state laws, it doesn’t necessarily help.”