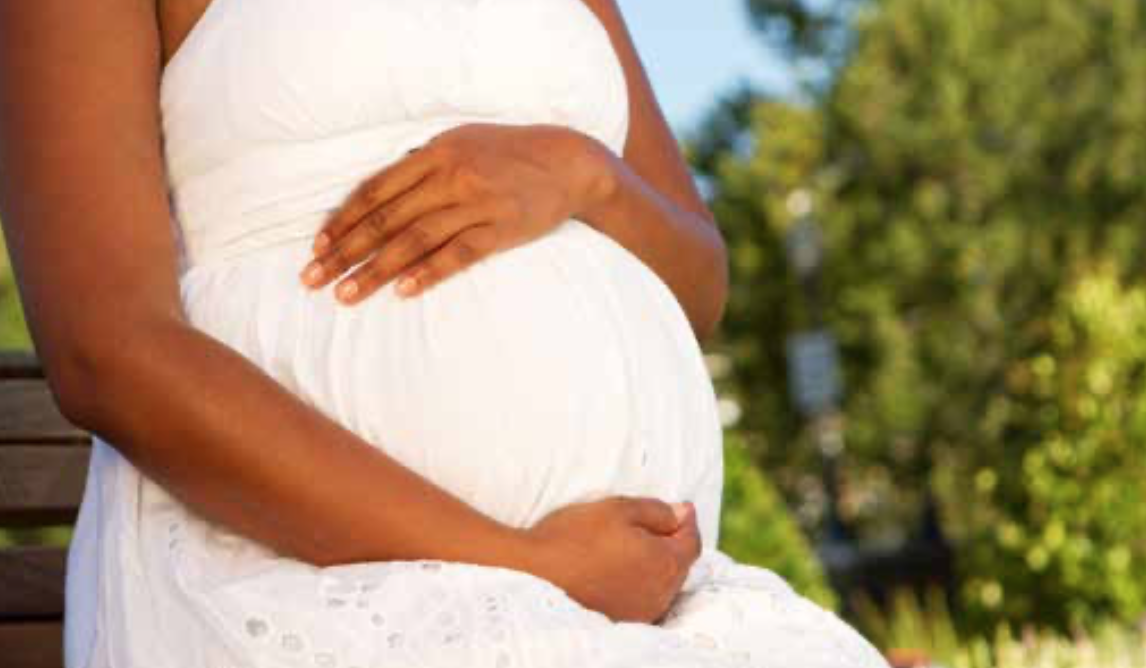 Pregnancy and childbirth are usually considered memorable and fulfilling moments during a woman’s lifetime. The death of a woman during or after pregnancy is tragic for her family and society in general. The prevalence of maternal morbidity and mortality affects Black women disproportionately in the United States. Reducing racial and ethnic disparities in maternal mortality must be a priority. This article focuses on disparities in severe maternal morbidity and mortality among Black women in New York State, and especially in New York City, and statewide efforts to improve pregnancy outcomes.

Severe maternal morbidity (SMM) is defined as an unintended outcome of the process of laboring and birth that results in significant short-term or long-term consequences to a woman’s health.2 To date, no consensus has been reached among healthcare systems and professional organizations as to what conditions should represent severe maternal morbidity.2 The Centers for Disease Control and Prevention (CDC) identifies delivery hospitalizations with SMM by using administrative hospital discharge data and International Classification of Diseases (ICD) diagnosis and procedure codes.3 As of 2014, the most recent year for which national SMM data were made available, there has been a steady increase in rates affecting more than 50,000 women.3 Nationally, Black women experience significantly higher rates of SMM than White women.4

Racial discrimination, structural racism, and implicit racial bias have had a negative impact on Black women’s maternal healthcare and health outcomes.5 Structural racism encompasses public policies and institutional practices that produce and perpetuate racial inequities.6,7 It specifically refers to a totality of ways in which society fosters racial discrimination through mutually reinforcing inequitable systems of housing, education, employment, earnings, benefits, credit, media, healthcare, and criminal justice.8 Racial bias is a fundamental cause of inequities in health, creating barriers that persist even in the absence of interpersonal racism. Implicit biases are unconscious attitudes that can influence affect, behavior, and cognitive processes. Such biases impact patient–healthcare provider interactions, treatment decisions, treatment adherence, and patient outcomes.6,7

The causes of inequities in maternal morbidity and mortality are not fully understood and are likely multifactorial. The reality of discrimination, structural racism, and implicit racial bias, however, must not be ignored as major contributors. Multifaceted strategies are needed to address racial inequities and improve maternal healthcare and health outcomes for Black women.

Data and experiences in New York State (NYS), and particularly in New York City (NYC), provide a compelling picture of racial inequities in maternal healthcare and health outcomes for Black women. In NYC, non-Hispanic Black women were 12 times more likely than non-Hispanic White women to die from pregnancy-related causes between 2006 and 2010.9 Non-Hispanic Black women with a college degree still had higher SMM rates than women of other races or ethnicities who never completed high school.10 Black women who had a normal prepregnancy body mass index still had higher rates of SMM than obese women of every other race/ethnicity.10

Investigators examined the extent to which Black–White differences in rates of SMM in NYC hospitals could be explained by differences in the hospitals where Black and White women deliver.11 The data demonstrated that racial differences in the distribution of deliveries could possibly contribute to the Black–White disparity in SMM rates in NYC hospitals.11 They also concluded that if Black women delivered at the same hospitals as White women, almost 1,000 Black women could avoid an SMM event during their delivery hospitalization annually in NYC.11 These results suggested that in addition to examining social determinants of health, quality of care is identified as an additional means to reduce racial disparities.11

In the documentary film “The Naked Truth: Death by Delivery,” Black women shared their personal experiences of enduring racism while giving birth in NYC.12 Doulas discussed the importance of patient advocacy and making birth a less traumatic experience. A parent survivor explained the details of losing her daughter after a preventable maternal hemorrhage. A human rights lawyer who works with local organizations to bring Black maternal mortality into the national spotlight shared her perspective of the impact of racism on disparate maternal mortality outcomes. She stated that “if the numbers were reversed and White women were dying at the rate Black women are dying, there would be political will to address this problem.”12 Listening to patients’ real-life stories about their experiences with bias and racism in healthcare settings allows for providers and politicians to understand the negative impact of this disparity.

Researchers examined the association between county-level structural racism indicators and the odds of SMM in NYS.13 Data from a retrospective review of birth records over a 2-year time period and county-level data on the structural indicators female educational attainment, employment, and incarceration were merged. Prominent racial inequality existed among the three structural indicators in the nine counties studied. Four of the counties were within NYC. It was further discovered that residing in a county with high racial educational inequality was associated with higher odds of SMM in NYS, even after adjusting for individual and hospital-level characteristics. The authors concluded that studies of maternal disparities should consider multiple dimensions of structural racism as a contributing cause to SMM. This was also the first study to their knowledge to examine the association between structural racism and SMM, which is an additional area for potential intervention.13

In 2016, NYS had the 30th lowest ranking in the nation for maternal mortality rate, which improved to 23rd in 2019.14,15 Racial disparities persist, however, with NYC Black women faring significantly worse than White women. Fortunately, New York policy leaders have seen the need for improvement and heeded the call to action with a statewide plan.

Focus on reduction of racial disparities in maternal health outcomes

In April 2018, Governor Andrew M. Cuomo heralded a comprehensive, multipronged plan to review and address maternal mortality and morbidity in NYS.16 The major focus established was reduction of racial disparities in maternal health outcomes. Over 1 year, a hard-hitting campaign led to achievement of multiple initiatives toward improving maternal health outcomes.16,17

The first step in the campaign was to establish a taskforce on maternal mortality and disparate racial outcomes with the charge to provide expert policy advice and develop recommendations for improving maternal outcomes, addressing racial and economic disparities, and reducing the frequency of maternal mortality and morbidity. The taskforce was led by the commissioner of the New York State Department of Health (NYSDOH), the president of the New York Association of Licensed Midwives, the president of the State University of New York Upstate, and the NYC Health and Hospitals department chair of obstetrics and gynecology, with representation from the obstetrician medical community, hospitals, legislature, and appointed state officials as well as other stakeholders and members of the community. In the ensuing year, several initiatives were implemented or progressed toward implementation. At the conclusion of the year, the taskforce issued recommendations for ongoing work. These recommendations are summarized in Table 1.17

Two initiatives implemented in 2018 majorly informed the taskforce in making recommendations. The taskforce conducted commissioner listening sessions, and the governor sponsored a statewide symposium on racial disparities and implicit bias in obstetric care.17 As well, the NYSDOH began work to formalize a state maternal mortality review committee (MMRC). Other initiatives led to forward movement in piloting the expansion of Medicaid coverage for doulas, support for CenteringPregnancy demonstrations, and expansion of the NYS Perinatal Quality Collaborative to translate evidence-based guidelines to clinical practice to reduce maternal mortality and morbidity. Collaboration of the State Board of Medicine, NYSDOH, medical schools, schools of nursing, American College of Obstetricians and Gynecologists (ACOG), and Association of Women’s Health, Obstetric and Neonatal Nurses led to recommendations for undergraduate, graduate, and continuing education regarding issues of maternal health. These education recommendations are listed in the Box.17

During the summer of 2018, seven community listening sessions were conducted across NYS in partnership with the NYSDOH-funded Maternal and Infant Community Health Collaboratives in Albany, Bronx, Brooklyn, Buffalo, Harlem, Queens, and Syracuse. Community participants included recent and currently pregnant women and families, the majority of whom were Black.17

Participants across all seven listening sessions asked for elimination of barriers that prevent women from getting quality healthcare services and increases in the support needed to help women have healthy pregnancies. They stressed the need for better understanding of the reasons Black women have higher maternal mortality rates. Participants asked for acknowledgment of the impact of race and racism on disparities in maternal mortality and action to address how healthcare systems and practices perpetuate continued racial inequities. Table 2 lists barriers and suggestions for addressing the racial disparities in maternal mortality from participants in the listening sessions.17

The Symposium on Racial Disparities and Implicit Bias in Obstetrical Care convened in November 2018 with 50 multidisciplinary healthcare providers and stakeholders from across NYS in attendance. The goal for the symposium was to identify concrete strategies to reduce racial disparities and their negative health impacts, with an emphasis on the hospital setting.17

Participants recognized that a combination of strategies was necessary to serve people from all racial and ethnic backgrounds with compassionate, equitable obstetric care. Three key recommendations brought forward by the symposium participants were deployment of a pilot project by the NYSDOH for hospitals to conduct implicit racial bias training, implementation of enhanced communication and cultural competency education for clinical staff in training, and application of system-wide efforts to support enhanced team-based care that would optimize postpartum care.17

In August 2019, the NYSDOH formally established through statute a state MMRC comprised of health professionals who serve and/or are representative of the diversity of women and mothers across the state. Collaborating with ACOG district II and the City of New York, the MMRC reviews maternal deaths in NYS.17 The MMRC is tasked to analyze maternal deaths for preventability, factors that contributed to the deaths, and identify strategies to address contributing factors. Recommendations are provided to the NYSDOH to reduce maternal mortality and morbidity that specifically address racial and economic disparities.17

On October 30, 2019, NYS was one of 24 states awarded a grant from the CDC to support ongoing work to reduce maternal mortality rates and address racial disparities.18 The award totals $450,000 to the NYSDOH to work in partnership with the New York City Department of Health and Mental Hygiene. The funding from the CDC is intended to help sustain the work of the NYS MMRC in facilitating an understanding of the drivers of maternal mortality and complications of pregnancy, as well as racial disparities in maternal mortality rates.19 The MMRC will recommend to the commissioner clinical and community interventions to improve outcomes for families and communities.18 One highlight of the NYS 2020 budget included an $8 million investment over 2 years to fund initiatives to combat maternal mortality, including a comprehensive education and training program to reduce implicit racial bias in healthcare institutions statewide; expansion of community health worker programs in key communities across the state; an innovative data warehouse to provide near real-time information on maternal mortality and morbidity; and a board of experts within the Department of Health to conduct a multidisciplinary analysis to review each and every maternal death in NYS and develop actionable recommendations to improve care and management.19

It had been hoped to provide an update on these 2020 plans and data prior to publication of this article. However, the Covid-19 pandemic has caused a pause in access to this information.

Black women are 3 times more likely in the United States and 12 times more likely in NYC to die from a pregnancy-related death than are their White counterparts.1,9,11 Structural racism has a prevalent role in shaping persistent health inequities in Black maternal morbidity and mortality.5–8,11–13 Concerted, statewide efforts, however, are actively in place to help significantly reduce poor maternal outcomes in NYS.16–19 As women health nurse practitioners, we should identify causes and contributing factors of SMM and mortality to implement preventive strategies and reduce healthcare inequities in maternal outcomes.

Rewa Thompson is Clinical Assistant Professor at Stony Brook University, School of Nursing, in Stony Brook, New York. The author has no actual or potential conflicts of interest in relation to the contents of this article.