NPs are a new lifeline for opioid addicts 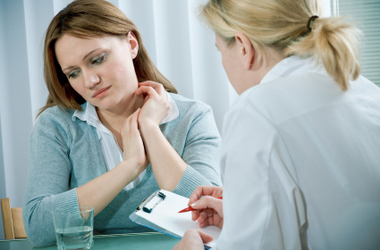 WASHINGTON—Doctors working on the front lines of the nation’s heroin epidemic may be getting some fresh troops starting in 2017—battle-ready health professionals such as Danielle Eddings.
Eddings is a nurse practitioner in Springfield, Mo., eager to take advantage of a new federal law that will allow nurse practitioners and physician assistants to administer a highly effective anti-addiction medication called buprenorphine. Right now, only physicians can prescribe that drug, and they are limited to treating 275 patients per year.
That means a tide of patients get turned away every day at the Ozarks Community Hospital’s Northside Clinic where Eddings works, because the only doctor in the practice has hit his patient cap.
“There’s a dire need,” said Eddings, a psychiatric mental health nurse practitioner at the clinic. “There’s tons of people who can’t get treatment because it’s so limited.”
Congress approved a sweeping bill to address the opioid crisis earlier this year. That measure, now law, included a provision allowing certain non-physicians to treat addicts with buprenorphine.
Last week, federal health officials paved the way for that to take effect—detailing 24 hours of required training for nurse practitioners and physician assistants to complete before they can begin prescribing buprenorphine and similar medications. Buprenorphine is classified as a Schedule III narcotic, and it works by blocking opioid receptors in the brain and minimizing withdrawal symptoms.
It’s part of a treatment regimen called medication-assisted therapy, or MAT, and it’s been proven highly successful. Given in combination with behavioral therapy and other counseling, 70 to 80 percent of patients become stable.
Some doctors worry that allowing non-physicians to treat addicts with the medication will lower the quality of treatment and increase street access to another powerful drug with potential for misuse. But even those who express such concerns say the scope of the opioid crisis requires this expansion.
“We’re in the middle of an unprecedented epidemic,” said Dr. Arturo Taca, a St. Louis psychiatrist and president of the Midwest Society of Addiction Medicine. “There’s a lack of providers and a lack of experts in the field” to treat a growing number of patients suffering from addiction. 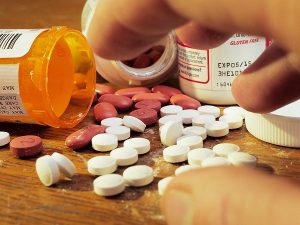 Taca said there are only about 30 addiction specialists practicing in Missouri, while the opioid problem in the state has risen rapidly. From 1999 to 2014, opioid-related death rates in Missouri have increased 7.6 times for women and 3.8 times for men, according to the state Department of Mental Health. More than 1,000 Missourians died in 2014 from opioid overdoses.
The trend is playing out across the country, where the nation’s approximately 5,000 addiction specialists struggling to respond, said Stuart Gitlow, past president of the American Society of Addiction Medicine and a Rhode Island physician.
Trying to get more doctors into the field won’t work, Gitlow said, because it’s more difficult and less profitable than other specialties. “So one of the decisions was ‘Okay, let’s go with PAs and NPs and see if that helps’,” he said.
While these are highly qualified professionals, Gitlow noted that they do not have same years-long medical training as doctors have and may have little to no addiction education.
Feds prosecute pain-clinic workers as drug dealers
“Imagine if we don’t have enough plumbers and as a result, I’m bringing in electricians to work on my sink,” he said. “We’re kind of sitting on pins and needles waiting to see how this will all work out.”
He and others say there’s no question the new rule will tap a vast new pool of providers for addiction treatment. There are about 220,000 licensed nurse practitioners in the U.S. and 110,000 physician assistants—and many of those folks are already lining up for the 24 hours of training.
Under the new rule, PAs and NPs will be able to treat 30 patients annually with buprenorphine starting in 2017 and then up to 100 patients each year after that.
“The interest is extremely high,” said Josanne K. Pagel, president of the American Academy of PAs and executive director of PAs at the Cleveland Clinic Health System.
Pagel noted that PAs already regularly see patients suffering from addiction but were limited in their ability to help them.
“We felt that our hands were tied,” she said. “PAs just need the tools to be able to treat them.”
Since passage of the addiction law, Pagel said, she’s been besieged with emails and phone calls from PAs eager to sign up for the training, which will focus on opioid detoxification, patient assessment, and the pharmacology of buprenorphine.
“I think it’s going to move the needle in combating this crisis,” Pagel said. “It’s going to make a difference.”
Eddings agreed and said she plans to complete the coursework in early January, so she can start seeing patients in Springfield.
Her boss, Dr. Salvador Ceniceros, said that could help cut the clinic’s approximately 75-person waiting list in half. But, he added, it’s still not enough.
“It will help, there’s no doubt,” he said. But he said it’s not unusual for his clinic to get 20 calls a day from new patients seeking treatment, and they need other care besides buprenorphine—including scarce counseling or therapy services.
“The numbers are just … you have no idea,” Ceniceros said.
via USA Today