Marijuana Use during Pregnancy and Lactation 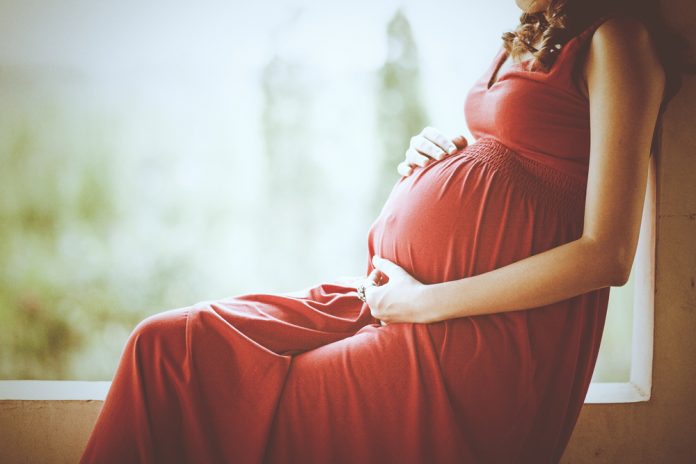 The National Association of Nurse Practitioners in Women’s Health (NPWH) advocates for a nonjudgmental and evidence-based approach to screening and counseling women concerning marijuana use during pregnancy and lactation. NPWH supports strategies to educate the public about safety concerns and to reduce marijuana use during pregnancy and lactation. Legislation, policies, and clinical processes should ensure that women who use marijuana have access to nonjudgmental, nonpunitive, patient-centered healthcare throughout pregnancy, birth, and postpartum period. NPWH supports ongoing research on the effects of marijuana use on fetal and neonatal outcomes, long-term effects on neurodevelopment, and safety of use during breastfeeding.

Although available data concerning the effects of in utero exposure to marijuana on fetal and neonatal outcomes as well as long-term effects on neurodevelopment are not conclusive, there are emerging trends that warrant concern.5,7–10 Data are insufficient to evaluate the effects of marijuana use on infants during breastfeeding. Because of uncertainties, women who use marijuana and are pregnant or lactating should be encouraged to discontinue marijuana use.11–13

Marijuana is the dried component of the cannabis plant. It is consumed through smoking, eating, vaping, and dabbing. Cannabis plants produce more than 400 chemical entities (cannabinoids), including the main psychoactive component THC.5

THC is absorbed from the lungs when marijuana is smoked, vaped, or dabbed or absorbed from the gastrointestinal tract when ingested and is distributed rapidly to the brain and fat tissues. THC molecules cross the blood–brain barrier and activate cannabinoid receptor type 1 (CB1) located in the reward center of the brain.9 Psychoactive effects include heightened sympathetic activity, increased cardiac output, deterioration of motor coordination, and immunosuppression.9 THC is metabolized in the liver and has a half-life in blood that varies from 20 to 36 hours in the occasional user to 4 to 5 days in heavy users. It has a half-life of approximately 8 days in fat deposits. Because of THC’s lipophilic characteristics and its long half-life in fat deposits, THC may be detected in blood samples for as long as 30 days after use.14

Marijuana use and adverse fetal and neonatal outcomes

Few well-designed studies have reviewed fetal and neonatal outcomes correlated with marijuana use during pregnancy. Those that do exist are conflicting and conclusions are limited by reliance on self-reporting of marijuana use and confounding factors such as high rates of concomitant tobacco use, polysubstance use, and socioeconomic factors.

One systematic review with meta-analysis of 24 studies focused on the effects of marijuana use during pregnancy on maternal, fetal, and neonatal outcomes.10 The fetal and neonatal findings of the meta-analysis demonstrated that neonates exposed to marijuana in utero had a decreased birth weight and were more likely to require admission to a neonatal intensive care unit (NICU) than those without the exposure. No association was found between in utero marijuana exposure and intrauterine growth restriction, decrease in head circumference, Apgar scores, or preterm birth. This systematic review did not adjust for concurrent use of tobacco or alcohol in the meta-analysis.

Another systematic review with meta-analysis of 31 studies focused on marijuana use during pregnancy and incidence of adverse neonatal outcomes.15 In this meta-
analysis, the pooled data adjusted for tobacco use and other confounding factors. The pooled adjusted estimates demonstrated no statistically significant increased risk for low birth weight, admission to a NICU, or preterm birth related to use of marijuana during pregnancy. The researchers concluded that the association between marijuana use during pregnancy and adverse neonatal outcomes may be attributed to concomitant tobacco use and other confounding factors rather than to marijuana use alone.

Findings from smaller studies regarding the impact of concomitant marijuana and tobacco use during pregnancy on neonatal outcomes are conflicting. One retrospective cohort study found that while marijuana use alone during pregnancy was not associated with increased adverse neonatal outcomes, the concurrent use of tobacco and marijuana was associated with decreased birth weight, decreased head circumference, and preterm birth.7 A cross-sectional study using data from a statewide population survey found an association between marijuana use during pregnancy and increased risk for low birth weight. After adjustment for tobacco use, the incidence of low birth weight was attenuated, but it was still statistically significant.8

Marijuana use and long-term neurodevelopmental effects

Humans have an endocannabinoid system allowing them to produce their own cannabinoids. These endocannabinoids are released in reaction to specific CB1 receptor agonists that are produced only when and where they are needed and are rapidly removed by a membrane transport system. Endocannabinoids affect various excitatory or inhibitory neurotransmitter systems.

It is difficult, however, to ascertain the exact neurodevelopmental effects of antenatal marijuana exposure in humans due to frequent concurrent use of other substances including alcohol, tobacco, and illicit drugs. Pregnant and nonpregnant tobacco smokers, alcohol drinkers, and users of illicit drugs are 2 to 3 times more likely to use marijuana.16 Environmental and sociodemographic variables also may contribute to adverse neurodevelopmental outcomes otherwise attributed to marijuana.10,15

Nevertheless, a limited number of longitudinal studies of children with known antenatal marijuana exposure suggest an association with attention span problems, behavioral problems, lower scores on tests of visual problem solving, and visual-motor coordination.11 There is also concern that antenatal exposure to marijuana can potentiate brain susceptibility in a manner that may result in risk for polysubstance abuse in offspring.11

Marijuana use and maternal health

In addition to the concern regarding the effect marijuana use may have on fetal and neonatal outcomes and neurodevelopment, it is important to also recognize associated health risks for the mother. Although data are limited, studies have found an association between maternal marijuana use and increased risk for anemia, excess gestational weight gain, less than daily prenatal vitamin use, food insecurity, and high number of stressors.8,10

Data indicate that regardless of pregnancy status, women who use tobacco, alcohol, and/or illicit drugs are more likely to have also used marijuana in the previous year.16 Women who continue to use marijuana during pregnancy are more likely to also use tobacco.4,8 Evaluation and counseling for polysubstance use is relevant when a woman, pregnant or not, reports marijuana use. Substance dependence is also a potential risk for women who use marijuana. In one study, approximately 18% of pregnant women and 11% of nonpregnant women who used marijuana in the past year met the Diagnostic and Statistical Manual of Mental Disorders (DSM)-IV criteria (study conducted prior to publication of DSM-5) for substance abuse and/or dependence.16

Nurse practitioners (NPs) should ask all women who are pregnant or planning a pregnancy about marijuana use as part of routine tobacco, alcohol, and other substance use screening. Women who report marijuana use should be counseled about potential harms of use during pregnancy and advised to discontinue use while pregnant. NPs should be aware of increased risk for marijuana use in women who are abusing tobacco, alcohol, or other illicit drugs when inquiring about substance use to obtain a comprehensive assessment.16 Information about the possible additive adverse effects of combined tobacco and marijuana use should be provided.

Pregnant women who report using marijuana for nausea, anxiety, depression, or pain should be offered safe, evidence-based, effective alternative treatments.  There are no data to support the efficacy of marijuana for nausea and vomiting of pregnancy. Given the potential harmful effects for the fetus, marijuana should not be recommended as a treatment for pregnant women.5

NPs who provide prenatal care have the unique opportunity to have repeated interactions with patients throughout pregnancy and can provide follow-up on marijuana use as needed. An ongoing nonjudgmental and supportive approach can foster a therapeutic, patient-centered relationship. When marijuana or other substance dependency is identified, the NP should provide referrals for specialized help.

NPs must be aware of substance use testing and reporting requirements in their state or community. While state legalization may protect adults who use marijuana, state and community policies vary regarding testing for substance use in pregnant women and mandatory reporting. The fact that marijuana remains a Schedule I drug on the federal level further complicates consequences surrounding testing for substance use in pregnancy. Patients should be informed of existing reporting requirements and potential ramifications. NPs should advocate for the retraction of legislation that exposes pregnant women with substance use disorders to criminal or civil penalties.17,18

In December 2019, the Substance Abuse and Mental Health Services Administration (SAMHSA) published the guide Preventing the Use of Marijuana: Focus on Women and Pregnancy. This guide provides information on approaches that NPs and other healthcare providers can use at the clinical and community level to address the risks associated with the use of marijuana by pregnant and postpartum women.19

NPWH will provide leadership to ensure that:

• Continuing education programs and other evidence-based resources are available to NPs to learn and update knowledge regarding screening, patient education, and counseling to discontinue marijuana use during pregnancy and lactation.

• NPs are equipped with consistent, clear, up-to-date messaging regarding the risks associated with marijuana use during pregnancy and lactation.

• NPs have the resources needed to advocate for public awareness initiatives that educate the public about safety concerns and to reduce marijuana use during pregnancy and lactation.

• Research on fetal and neonatal outcomes and long-term neurodevelopmental effects of maternal use of marijuana during pregnancy and lactation is encouraged and supported.

• Legislators and other policy makers have information regarding evidence-based, nonpunitive strategies to address the needs of pregnant women with substance use disorders.

Approved by NPWH Board of Directors: January 6, 2020