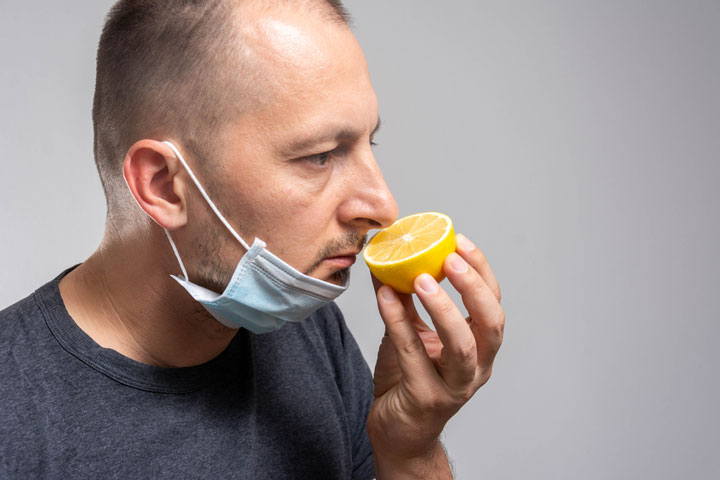 Loss of Smell From Covid Usually Returns Within 2 Months: Study

The loss of smell due to Covid-19 is much more common in those with a mild form of the virus than in moderate or severe forms.

And while that may be an initial consolation to patients, it is inevitable that they will want to know: When will I get my sense of smell back?

Research published in the Journal of Internal Medicine earlier this month attempts to answer that question.

After analyzing data from 2,500 patients in 18 European hospitals, the researchers found that all but 15.3 percent of those suffering a loss of smell had recovered it within two months and fewer than 5 percent remained without it after six months.

Can take as little as two weeks

They found that more than a third of patients had regained their sense of smell within two weeks, which fits with how quickly people recover from simple nasal congestion due to a cold.

“The high prevalence of nasal symptoms could partly explain the occurrence of short OD (olfactory dysfunction) in some patients who rapidly recovered olfaction once the nasal symptoms disappeared,” they note. “Typically, OD occurring as part of the common cold is related to nasal congestion, rhinorrhea and olfactory cleft oedema and lasts 2‐3 weeks.”

While longer-lasting effects suggest a more extensive injury to olfactory cells, “the neurogenesis of the olfactory cells is possible but may take several months.”

For those patients, the authors point out that the vast majority (from 75 to 85 percent) have recovered within two months.

Among their other findings: