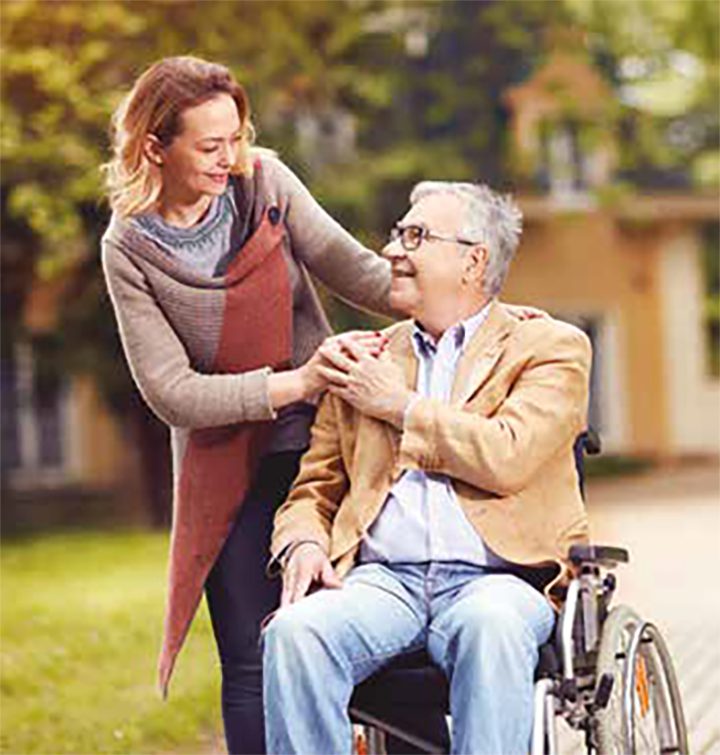 Health policy and the female caregiver: The impact on women’s health

As healthcare providers (HCPs), we are aware of the demographic shift and increased longevity that have resulted in a rise of the aging population in the United States and in many other countries around the world.1 These changes have increased the need for “informal” caregivers, usually partners or relatives, to provide assistance to individuals at varying levels of healthcare need. Unpaid caregiving by partners, family members, or even friends remains the main source of long-term care for older persons worldwide.1 This caregiving, usually provided by women, can have an adverse impact on caregivers’ health, quality of life, economic stability, and longevity.2,3 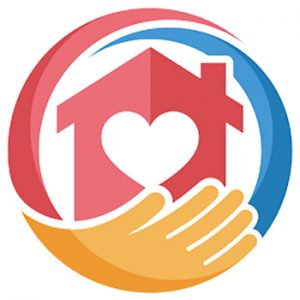 Increasing longevity, the aging of the large Baby Boomer generation, and a decline in fertility and subsequent family sizes of younger generations have all contributed to the rising need for informal caregivers amidst a shrinking pool of prospective younger caregivers. The 65-and-older population in the U.S. is projected to nearly double over the next three decades, ballooning from 48 million to 88 million by 2050.1 Declining fertility levels have been one of the main propellers of a demographic shift to an older population; the global fertility rate is near or below the 2.1 replacement level in all world regions except Africa.1 In 2030, the first wave of Baby Boomers will turn 85, an age when people are twice as likely as those even a decade younger to need help getting through the day. However, because of shrinking family sizes over the past few decades, fewer young or even middle-aged adults will be available to care for their older relatives in the years ahead.1

The caregiver role has become a significant public policy issue that affects healthcare costs, personal losses of wages and benefits, and stability of the workforce. Of note:

NPWH is providing leadership by participating in two coalitions in Washington, DC, that aim to increase awareness of the impact of the female caregiver role: the Coalition for Women’s Health Equity8 and Healthy at Any Age: Women’s Health over 50.

As a key member of this coalition, which comprises about 20 organizations, NPWH participated on the steering committee for its 2nd Annual Women’s Health Empowerment Summit. On May 16, 2018, more than 300 women from across the country met in Washington, DC, to highlight actionable steps to address inequities that endanger women’s health and safety. The summit featured National Women’s Law Center President & CEO Fatima Goss Graves, whose organization administers the TIME’S UP Legal Defense Fund, and Rep. Raul Ruiz, MD (CA-36). Samantha Abrams, Executive Director of the March on Washington Film Festival, served as summit emcee. In addition to lead sponsor Hadassah, the Women’s Zionist Organization of America, Inc., the American Heart Association and Women Against Alzheimer’s were key in focusing attention on policy briefings, scientific advances, financial implications of disease, and the direct impact of policy and advocacy work. 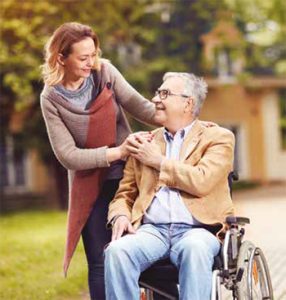 As a participating organization on the steering committee for the summit, NPWH helped organize a speaker panel, Caregiving Across the Lifespan: the Disparate Impact of Caregiving on Women and Opportunities for Change. Panel members discussed the burden and opportunities presented by caregiving and legislation that would require the government to develop strategies to recognize and support family caregivers. As a panel member representing NPWH, I was honored to speak as both a women’s health nurse practitioner who provides healthcare to many informal caregivers and a daughter of two 96-year-old parents living in partially assisted care. As an NPWH member, I was able to speak directly to the impact on the female caregiver, the invisibility of the issue, and the gap in our healthcare system to recognize and assess the caregiver status of patients, as well as the impact that being a caregiver has on women’s health. The importance of advocating for our patients who are caregivers to practice self-care and disease prevention was stressed. All women who serve as caregivers were encouraged to describe their caregiver roles to their HCPs at health visits.

This event was streamed live on Facebook and generated a lot of Twitter activity among the organizations (#HealthEquity4Her and #NWHW). More information about the other speakers and the summit itself is available here.

Healthy at Any Age: Women’s Health over 50 Coalition

Gay Johnson, CEO of NPWH, described the second Healthy at Any Age summit in her message in the June 2018 issue of Women’s Healthcare. The Healthy at Any Age: Women’s Health over 50 Coalition takes a broad view of women’s health issues as they age, and is launching the National Older Women’s Health Agenda. This agenda includes health issues related to women as caregivers and the adverse impact of caregivers’ long-term neglect of their own health.9 Caregiver-related topics of pay, respite care, mental and physical health, and medication management are considered opportunities for improving healthcare for older women. NPWH will lead the coalition’s communications and meetings and will recruit select public, private, and nonprofit organizations to join the founders. The ongoing journey of the coalition is to unite diverse sectors, share resources, and create strategies that advance the health and well-being of older U.S. women for decades to come.

Healthcare providers are encouraged to bring the caregiver role into the health assessment visit with a few simple steps:

1) Ask questions. Listen to their stories.

3) Increase your knowledge of health policy and the role of caregivers.

Research and public discourse on the caregiver role and its specific impact on women must remain a focus of national and local community attention. Women’s healthcare providers can increase the visibility of the issue through comprehensive assessment in health exams, promotion of education, and provision of support resources for their caregiving patients, as well as increase public policy awareness and action.

Diana M. Drake is Clinical Associate Professor and Specialty Coordinator of the DNP WHNP Program at the University of Minnesota School of Nursing and Program Director for Integrative Women’s Health at the Women’s Health Specialists Clinic, both in Minneapolis. She is Chair of the NPWH Policy Committee and Chair Elect of the NPWH Board of Directors.