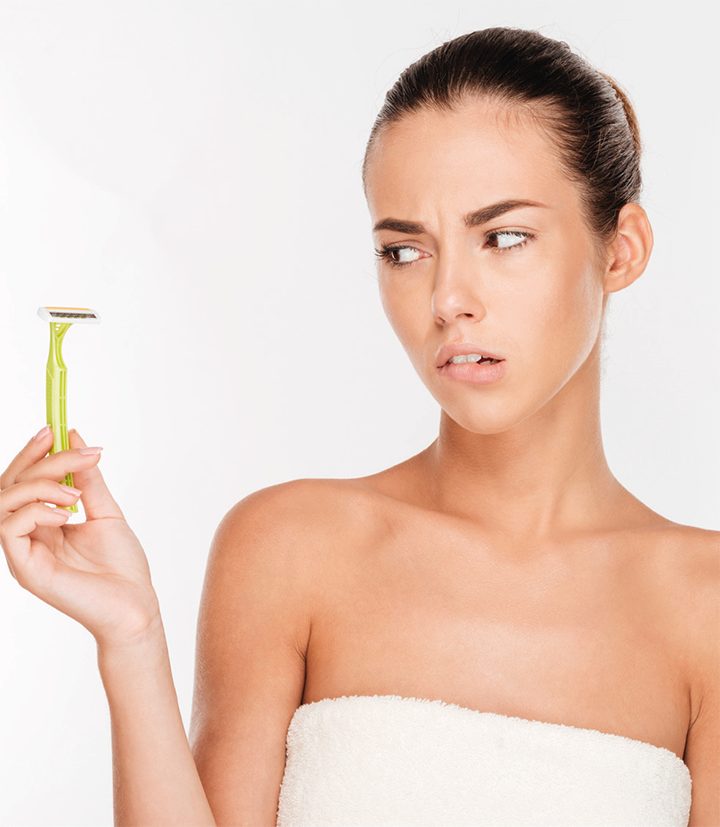 Many women pose questions to their healthcare provider (HCP) about the removal of pubic hair. Although not medically indicated, removal of hair around the genitals is done for a variety of reasons. Complications may arise as a result of this practice. In this column, the evolution of genital landscaping and considerations for HCPs are discussed. 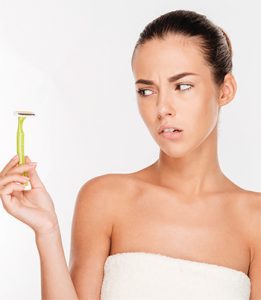 More than half of all women in the United States report removing some or all of their pubic hair, a practice that is more prevalent among younger women than among their older counterparts.1,2 Women cite various reasons for removing this hair, including hygiene, comfort, sexual pleasure, and conformity with perceived social norms.3,4 Shaving is the most common method of body hair removal, presumably because of its low cost and ease of access.3 Other methods include waxing, trimming, laser hair reduction, electrolysis, and use of cream depilatories. Despite the perceived advantages of pubic hair removal, the practice can be associated with certain health-related complications.2,5-9 Healthcare providers (HCPs) caring for women are in a position to offer counseling and recommendations for avoiding or remedying some of the known complications  of pubic hair removal.

The exact purpose of pubic hair on the human body remains a mystery, but it is believed to contribute to human sexual attraction between females and males through pheromone signaling.10,11 In addition, the presence of pubic hair prevents skin-to-skin friction during activities such as walking, exercise, and sex.10 The reasons for removing pubic hair, especially in the modern day but also in centuries past, may be easier to understand.
Although often deemed a relatively new practice, genital grooming dates back to ancient times:10 Artwork depicted Egyptian women with perfectly groomed triangles of pubic hair, Greek women with partially shaved genitals, and other European women without any pubic hair at all. In medieval times, many men and women removed their pubic hair to avoid spreading lice.11 France introduced the bikini in the 1940s, resulting in a modern- age shift in genital grooming practices worldwide.5  Playboy magazine came to the U.S. market in the 1950s, when removal of pubic hair was not yet commonplace. Starting in the 1970s, however, pornography consumption began to rise steadily, leading to increased presence of the nude female body in magazines and films.12,13 Current day Playboy centerfold models display much less pubic hair than did those from past decades. It is likely that the increased visibility of female genitalia in the media led to increased scrutiny of female pubic hair and to its eventual partial or full removal.
Pubic hair removal became more popular among Australian and British women in the late 1990s and early 2000s.14,15 (Although the cause-and-effect relationship was reversed, the increasing popularity of pubic hair removal in the early 2000s was credited with the sharp decline in British cases of pubic lice.16) Soon after, U.S. women began following the trend.10,17,18

Although more than half of all U.S. women report partial or full removal of their pubic hair, most of these women report the presence of at least some pubic hair.1,19 Full removal of hair on the genitals is more common among younger women; only about 2% of women older than 50 years engage in this practice.19 Ninety-five percent of male and female college students report removing pubic hair at least once in a 4-week period, and 50% of female students report that they maintain a complete absence of pubic hair at all times.3
The practice of pubic hair removal is more common among young females who are sexually active and may, in fact, signal the onset of sexual activity in adolescent girls.20 In addition to younger age, total pubic hair removal is associated with partnered (but unmarried) status, recent cunnilingus, recent examination of one’s own genitals, identification as bisexual, and higher scores on the Female Genital Self-Image Scale and Female Sexual Function Index.19 In addition, genital grooming is positively associated with having a strong libido, experiencing digital stimulation of the vulva and vagina, having casual sexual partners, and using personal hygiene products and vaginal creams.1
A large proportion of women may remove their pubic hair before gynecologic examinations, which may skew HCPs’ perceptions of typical pubic hair removal practices.19 And many adolescent girls remove their pubic hair—for one reason or another—before fully reaching sexual maturity, making it difficult for pediatric and gynecologic practitioners to diagnose Tanner staging.21 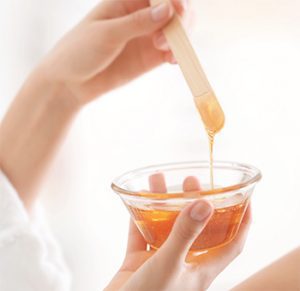 More than half of women who remove pubic hair experience health complications such as skin abrasions and ingrown hairs, although only 4% seek care from an HCP for such problems.2 Risk factors for complications associated with pubic hair removal include Caucasian ethnicity and obesity.2 In fact, overweight and obese women are nearly 3 times as likely as normal-weight women to experience complications from removing pubic hair.2 Healthcare providers need to understand the various modalities that women use to remove hair around the genitals in order to counsel them with regard to safe practices.
Waxing of the genitals has been associated with eruptive syringoma and severe skin burns.7,8 In one Australian hospital, 20% of patients presenting with hair-removal wax burns required debridement and splint skin grafting.8 An Australian woman with uncontrolled type 1 diabetes developed life-threatening Streptococcus pyogenes cellulitis and Herpes simplex infection of the external genitals after a Brazilian bikini wax.5
Removal of pubic hair by waxing, shaving, or clipping may be a risk factor for sexually transmitted infections such as molluscum contagiosum because of the microtraumas associated with each of these hair removal methods.6 In addition, women who remove all or some of their pubic hair, versus those who leave the hair intact, report a higher usage of vaginal hygiene products.1 Many over-the-counter feminine hygiene products contain known vulvar irritants that may further predispose women to contact dermatitis and other vulvovaginal irritation or infection.

Hair distinguishes humans from other mammals. Modification of hair on the human body represents societal norms and personal preferences. Reasons for removing pubic hair vary, although many women are unaware of the potential risks associated with this practice. HCPs should inquire about their patients’ specific genital grooming practices and offer recommendations to reduce potential risks for trauma and infection.
Brooke M. Faught is a nurse practitioner and the Clinical Director of the Women’s Institute for Sexual Health (WISH), A Division of Urology Associates, in Nashville, Tennessee. She is a Fellow of the International Society for the Study of Women’s Sexual Health (ISSWSH). The author states that she serves as a speaker and advisory board member for AMAG Pharmaceuticals and Valeant, an advisory board member for Symbiomix, and a speaker for Duchesnay.