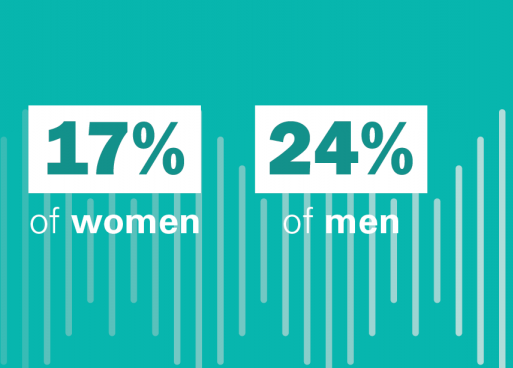 Few Women Over 50 Asked About Hearing Loss by Their PCP 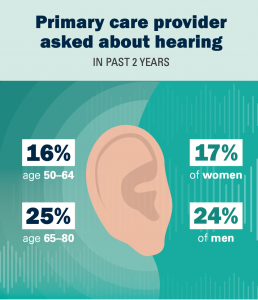 about hearing loss in the past two years and women are asked even less than men, according to a poll conducted by the University of Michigan.

“Failing to detect and treat hearing loss can have serious consequences for older adults,” the report’s authors wrote, “such as worsening cognition, poorer health, reduced quality of life, and loss of independence.”

Half said their hearing is excellent or very good

The survey, from June 2020, also found that one in four respondents have had a hearing test in the last two years which, again, was more common among men than women (28% vs 18%).

About half of those who responded rated their hearing as excellent or very good, 33% as good and 16% as poor. Men were more likely to rate their hearing as fair or poor, as well those over 65.

“Age-related hearing loss remains a neglected primary care and public health concern,” the authors note. “Consistent use of screening tools and improved access to assistive devices that treat hearing loss can enhance the health and well-being of older adults.”

Hearing evaluations are often not prioritized during health assessments for older adults, the authors maintain, even though it is expected to be done as part of a Medicare Annual Wellness Visit, although traditional Medicare does not pay for hearing tests.

Screening can be done with one question: “Do you think you have hearing loss?” which has been shown to be highly predictive of true hearing loss, they note. Still, some patients might not recognize they have hearing lost until they are tested.

“A person’s ability to hear greatly affects how they interact with other people, loved ones, and the environment around them,” says Alison Bryant, Ph.D., senior vice president of research for AARP, a supporter of the poll. “It’s discouraging to learn that the majority of adults over 50 are not getting their hearing tested regularly, and may not know that their hearing is declining.”