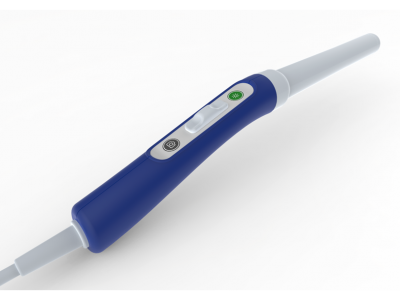 January was Cervical Health Awareness Month, and this year, that designation held special significance for Nimmi Ramanujam, professor of biomedical engineering and global health and director of the Center for Global Women’s Health Technologies.
Since 2012, she and her research team have been developing and testing a portable colposcope, called the “Pocket Colposcope,” to increase access to cervical cancer screening in primary care settings. Last month, 20 of these devices were produced for distribution to international partners.

SCREENING IS KEY TO EARLY DETECTION AND EFFECTIVE TREATMENT

According to the World Health Organization (WHO), more than 85 percent of the more than 270,000 annual deaths from cervical cancer occur in low and middle income countries. The disease is easily treatable if identified early, but because access to effective screening is limited in low-resource settings, early detection is often not possible.
And even if access to screening is available, for example via human papilloma virus (HPV) testing, a confirmatory test is needed before a woman can receive treatment. In the United States, this test is performed through colposcopy. However, a clinical colposcope is typically not available in a primary care setting, and in many low and middle income countries, often the alternative is to visualize the cervix with only the naked eye—a method that often results in missed diagnoses. The cost of a clinical colposcope—upwards of $20,000—presents yet another barrier.
The Pocket Colposcope is designed to address these barriers. It brings that secondary test—traditionally performed using a clinical colposcope by physicians at referral centers—to the primary care setting. In addition, it’s easy for a broad range of health care providers with different levels of training to use.

ABOUT THE POCKET COLPOSCOPE

After four generations of development, the team has created a beta prototype of the Pocket Colposcope in collaboration with product design and development company 3rd Stone Design, Inc.
The Pocket Colposcope is significantly less expensive, smaller and lighter than a traditional clinical colposcope. Weighing less than two pounds, it fits inside a pocket (hence the name). The device enables healthcare providers to zoom and capture images by pressing a button with their thumb. Images taken with the Pocket Colposcope are transmitted instantly to a smartphone, tablet or laptop.
Read more at Duke Global Health Institute