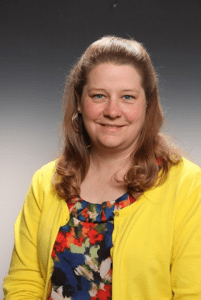 Dr. Randee Masciola has been on faculty teaching in the WHNP program at The Ohio State University College of Nursing since 2004 and became an Assistant Professor of Clinical Nursing in 2016.  She is the Director of the DNP program and has been a practicing WHNP at Professionals for Women’s Health in Columbus, Ohio since 1998.

Her areas of expertise in women’s health include the role and scope of practice of the WHNP, role of the WHNP with a DNP, preconception care, male sexual health, and mother-daughter sexual communication. She has presented nationally and published on all of these topics. Dr. Masciola is a former Board of Directors member for NPWH (2017-2019) and currently co-chairs the Academic Program Leader and Consumer Education subcommittees for NPWH.  She is actively involved in the National Organization of Nurse Practitioner Faculties and sits on two special interest groups for reproductive health and program directors.