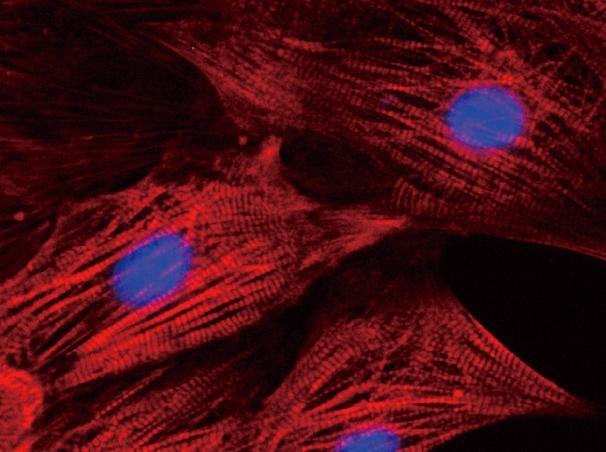 Common Virus Tied to Diabetes, Heart Disease in Women Under 50

A type of herpes virus that infects about half of the U.S. population has been associated with risk factors for Type 2 diabetes and heart disease in normal-weight women aged 20 to 49, according to a new UC San Francisco-led study.
A research team, headed by first author Shannon Fleck-Derderian, MPH, of the UCSF Department of Pediatrics, and senior author Janet Wojcicki, PhD, MPH, associate professor of pediatrics and epidemiology at UCSF, found that women of normal weight who were infected with cytomegalovirus (CMV), which typically causes no evident symptoms, were more likely to have metabolic syndrome. This condition includes risk factors such as excess abdominal fat, unhealthy cholesterol and blood fat levels, high blood pressure and elevated blood glucose.
In contrast, women infected with CMV who also had extreme obesity – defined as a body mass index (BMI) of at least 40 – were unexpectedly less likely to have metabolic syndrome than women with extreme obesity who were not infected with CMV.
The study appears Feb. 23, 2017, in the journal Obesity.
Weight Predicts Metabolic Syndrome in CMV+ Women
“The likelihood that women infected with CMV will have metabolic syndrome varies dramatically, depending on the presence, absence and severity of obesity,” Fleck-Derderian said. The UCSF research team did not find these same associations between CMV and metabolic syndrome in the men included in the study.
Scientific evidence indicates that metabolic syndrome may be triggered by long-acting, low-intensity inflammation. But while studies have implicated obesity in chronic inflammation, a large minority of individuals with obesity do not develop metabolic syndrome, and many normal-weight individuals do, leading researchers to search for additional drivers of chronic inflammation that also may influence risk for developing metabolic syndrome.
Read more at ScienceBlog