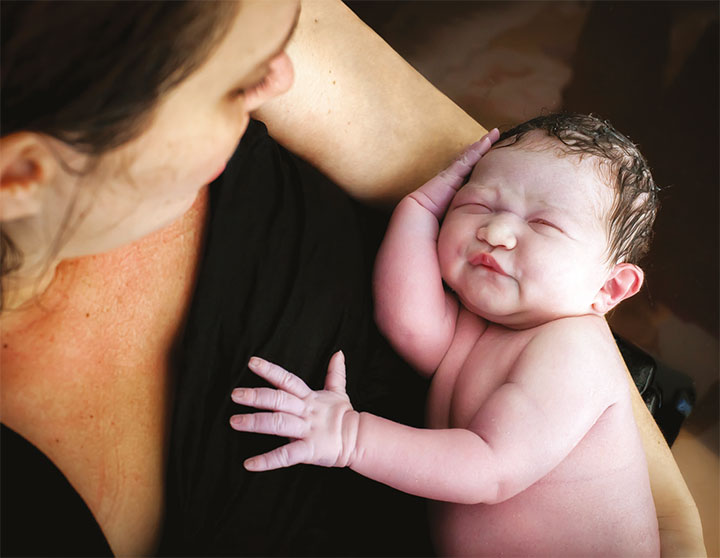 Out-of-hospital births (OHBs) have increased in the United States in recent years. However, available evidence to date shows that OHBs, when compared with in-hospital births, are associated with higher levels of neonatal morbidity and mortality. The authors of this article offer an evidence-based checklist to help maternity care providers and their patients understand these risks and determine whether an in-hospital birth might be a better choice for them.

The rate of out-of-hospital births (OHBs) is increasing in the United States.1-6 Data indicate an increase of 72%, from 0.87% of U.S. births in 2004 to 1.50% in 2014.1 OHBs are defined as those intended to occur at home or at a freestanding birth center. In modern times, a woman might choose to have an OHB, which is typically attended by a midwife, in order to have a more personalized birth experience, with less medicalization and fewer interventions. Indeed, OHB studies have shown consistently reduced rates of obstetric intervention (e.g., less frequent electronic fetal monitoring [EFM] or artificial rupture of membranes) in OHBs, with women exerting more control over their birth experiences.2,7,8 Women cite other advantages of OHB, including increased affordability, greater access to vaginal birth after cesarean section (VBAC), and greater privacy afforded by the home. Midwives, the primary providers attending OHBs, are committed to women’s right to choose a birth location and have a natural, intervention-free birth.9

All of these advantages notwithstanding, the safety of OHB must be considered in the context of provider skill level, available equipment, transfer accommodations, access to timely interventions, and an integrated medical back-up team for maternal and fetal/newborn health. Healthcare providers (HCPs) caring for pregnant women are responsible for offering them the best evidence to make an informed decision about the site where they will give birth.

Healthcare providers’ knowledge about the adequacy of birth site locations and the risk criteria for their patients is essential for ensuring optimal maternal and neonatal outcomes. The purpose of this article is to provide an evidence-based checklist for women/couples who are considering OHB, with the safety of mother and infant as paramount. The checklist can be used to facilitate discussion between HCPs and women/couples considering OHB. 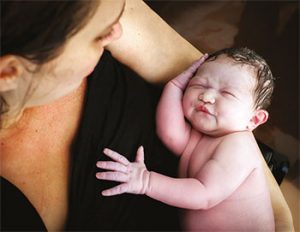 The American College of Nurse Midwives (ACNM), the American College of Obstetricians and Gynecologists (ACOG), and the American Academy of Pediatrics (AAP) have each issued policy statements regarding planned OHB.10-12 The ACNM’s policy statements support planned OHBs in selected low-risk women.10 This stance differs from that of ACOG and the AAP,11,12 resulting in substantial controversy concerning planned home births. ACOG and the AAP have stated that hospitals and accredited birth centers are the safest and the preferred settings for birth.11,12 However, both organizations express respect for the right of women to make medically informed decisions about their birth site. The key words are medically informed, with high-quality information and maternal/fetal risk screening provided during all three trimesters in an objective, non-biased, and developmentally appropriate manner.

Balancing these organizations’ recommendations with their patients’ sincere desires for OHB, HCPs should follow the most current evidence and practice guidelines and communicate them to patients in a thoughtful, reality-based context. HCPs must be knowledgeable, frank, and open about maternal and perinatal outcome data to ensure informed decision making on the part of their patients. For example, HCPs need to be able to adequately counsel and screen patients considering OHB, not only during the initial prenatal visit, but also throughout pregnancy, labor, and delivery, and document such discussions. A natural birth setting with a hands-off approach must be balanced against the potential for increased fetal and neonatal risks (e.g., higher rates of intrapartum fetal death and neonatal mortality) in a U.S. maternity system that may not be well integrated for OHB.8,11,14

Recent retrospective analyses of data from U.S. birth certificates obtained through the CDC-linked birth/infant mortality dataset 15 have illuminated the differences in neonatal mortality rates associated with birth setting, risk factors, and birth attendants.1,3,14-18 The information represents approximately 4 million births in the country each year. In the analysis of 2006-2009 data, a significantly higher neonatal mortality risk was noted for midwife-attended OHBs versus midwife-attended hospital births.3 This analysis included only singleton, vertex, and term births without congenital malformation. Highest risks for neonatal mortality were for women who were ≥41 weeks’ gestation and for primiparas.14-18

The authors of the study identifying these two risk factors have suggested that they be added to current ACOG absolute contraindications for OHB: malpresentation, multiple gestation, and history of cesarean delivery (Box 1).11,18 An analysis of 2004-2014 data suggested that the appropriate selection of low-risk women for OHB is improving. In other words, fewer high-risk females, including adolescents, older women, and those with multiple gestation, are choosing OHB. The percentage of first-time births in an OHB setting also has declined.1 Of note, the VBAC rate remains higher among OHBs than among hospital births.1 According to ACOG, because of the unpredictability of complications requiring emergency medical care, home birth is contraindicated for women undergoing TOLAC (trial of labor after cesarean delivery).19

The checklist for parents considering OHB (Box 2) was developed by the authors to facilitate discussion with patients regarding best practice for OHB. This comprehensive list of key points has been drawn from current data from U.S. studies (Table) and from the ACNM’s, ACOG’s, and the AAP’s recommendations regarding OHB policies essential for informed decision making. The checklist also includes a list of other sources of information about OHB.

The checklist can be introduced early in pregnancy for women/ couples considering an OHB. HCPs should first ask women/couples in a non-judgmental manner what they desire in an OHB and what they perceive as not desirable in a hospital birth. After all, hospital births with certified midwives can be natural, with little intervention. Misconceptions about hospital births can be corrected and the potential for meeting women’s labor and birth goals within the hospital setting can be discussed.

Women/couples should be informed that U.S. studies indicate hospital births are safest, especially from the perspective of the fetus/ newborn.2,14-20 They also need to understand that OHBs have inherent risks, including a lack of specialized monitoring equipment (e.g. EFMs), a lack of facilities and personnel for urgent/emergent intervention, and a lack of newborn resuscitation equipment. Such deficits may result in increased risks for neonatal morbidity (e.g., seizures, low Apgar scores, hypoxic ischemic encephalopathy) and mortality.14,16,17 The checklist should be revisited throughout the pregnancy to ensure focus on any evolving risks or contraindications to OHB. The checklist can be incorporated with home and birth center consent forms. 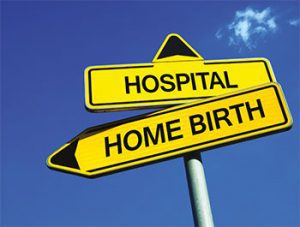 Women/couples clearly have the right to make medically informed decisions about the birth site that seems best for them. However, HCPs are obliged to provide essential and timely information about the safety of the birth site options being considered. Discussion concerning how to achieve the birthing experience that women/couples desire in the safest possible setting is important. OHBs are not as well integrated into the overall U.S. maternity care system as they may be in other countries, magnifying the challenges related to time—time to transfer, hospital triage time, and time to implement interventions such as anesthesia and cesarean section—if an emergency for the neonate or the mother arises. To help women/couples make the best possible decision in this regard, education and frank communication, coupled with professional recommendations based on evidence-based research findings and risk assessment throughout the pregnancy, are key. The checklist for patients considering OHB serves as a springboard to start the patientHCP dialogue to optimize fetal/newborn and maternal outcomes.

Joanne B. Stevens and Carol Botwinski are Associate Professors and Jorden McPhee is a family nurse practitioner (NP) student, all at the University of Tampa, Department of Nursing, in Tampa, Florida. Dr. Stevens has practiced for more than 25 years in maternal/child care as a National Certification Corporation (NCC)-certified women’s health NP and Dr. Botwinski has practiced for more than 25 years in neonatology as an NCC-certified neonatal NP. The authors state that they do not have a financial interest in or other relationship with any commercial product named in this article.