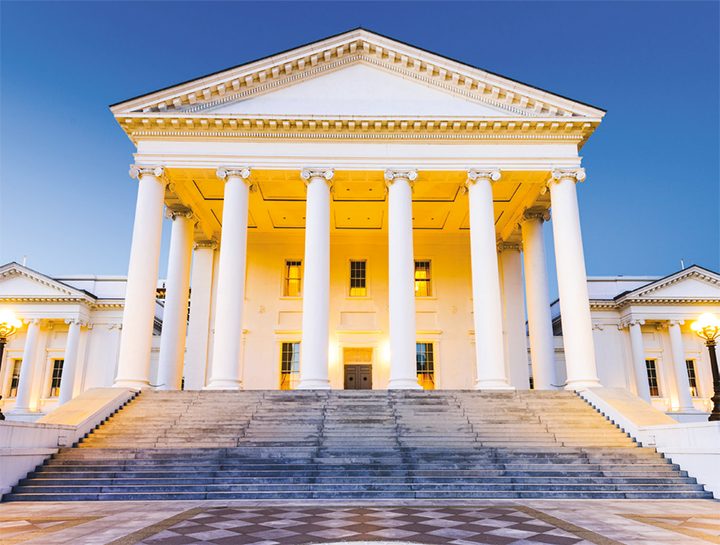 My career as a nurse advocate

When I was 6 years old, I knew I wanted to be a nurse. I followed through on this aspiration and pursued nursing throughout my adult career. At the same time, I’ve always considered myself artsy. I collect art—there are no bare walls in my house—and I have done a lot of needlework and have even won some awards. But my mission, my passion, which I developed early in my nursing career, is patient advocacy and access to care for women and newborns. 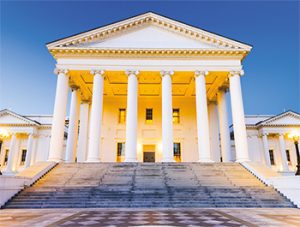 I was a master’s-degree nurse working at the bedside and loving the interaction with my patients, but I was also wondering how I could make a difference in more than one life at a time. In the mid-1980s, I was asked casually, “Can you help us develop a phone tree that we can use for statewide legislative advocacy?” Before I knew it, I was involved in state and national health policy issues: family medical leave, the push for affordable malpractice insurance for nurses in Virginia, Medicaid expansion for pregnant women and newborns, and the first sex education program for the county schools.
I decided to learn everything I could about healthcare policy and women’s issues. I even thought about leaving the bedside to focus on health policy full time, but I just couldn’t leave nursing. Being active in my professional nursing organization has provided a way for me to use my voice on behalf of women and newborns. When volunteer and leadership opportunities at local, state, and national levels were presented to me, I seized them. Along the way, I met other nurses, Nancy Sharp and Judy Collins, who were mentors, and who are now colleagues and friends in healthcare advocacy.

Later advocacy as a nurse practitioner

In the mid-1990s, I was considering returning to school—perhaps in health policy, maybe to earn a PhD, or perhaps to become a nurse practitioner (NP). My colleagues at the time supported my decision to remain close to patients, but I also still cared deeply about health policy. I decided to become a women’s health NP and continue my advocacy. In 1998, as a brand-new NP, I became a member of my regional chapter of the Virginia Council of Nurse Practitioners and joined their new Government Relations Committee. Our goal was to develop a two-part plan to develop strong relationships with our elected officials and to start to address the need for prescriptive authority for scheduled drugs for Virginia NPs. The council had been successful in achieving limited prescriptive authority for unscheduled medications in 1991 (HB 1402, Delegate Marshall, and SB 606, Senator Schewel). To achieve our goal, we needed to educate our state legislators about the role and cost effectiveness of NPs as healthcare providers. In 1999, our bill (SB 744, Senator Edwards) was to continue the NP/MD supervision ratio of 4:1 for NPs with prescriptive authority, lifting the sunset clause that would have reverted the ratio to 2:1 in 2000. We succeeded, and the bill became law in July 1999.
Our next challenge was prescriptive authority for controlled substances for Virginia NPs. We initially wanted to include all Schedules, II through V, in our bill, but we were persuaded to include only Schedules III through V by our bill patron. In 2000, HB 818 (Delegate Devolites) passed the House but was stopped in a Senate hearing. We needed to decide quickly whether to pull our bill or accept a compromise that each schedule would be rolled in over a 3-year period, with a progress report due to the General Assembly in 2003. We accepted the compromise and quickly returned to meeting with Senators to inform them of the change to our bill. We succeeded in the Senate and then again in the House. We stayed focused throughout the regulatory process and celebrated our success, which meant we could diagnose and treat shingles and we could write prescriptions for pain medications if our patients needed them.
How did we accomplish all of this? Although social media had not yet come into prominence, we had the Internet and a new means of communication called email. We also spent a lot of time on the phone, encouraging members to join our efforts. We used a toll-free number to call members of the General Assembly about our bill, and encouraged our family, neighbors, and colleagues to call, write, and visit. We met with legislators individually at breakfast, at town hall meetings, in their district offices, after church, or in the grocery store. We started having a legislative reception each year to keep our concerns about our patients and our practices in the spotlight. Slowly but surely, we developed strong relationships with our legislators and educated them about what it means to be an NP. Our other successes during this time included the following1:

Many colleagues shared in all the work that led to our success. I wish I had room to name them all. I know that we changed the face of NP practice in Virginia.

In 2010, the Institute of Medicine (IOM) published a report, The Future of Nursing: Leading Change, Advancing Health, which was the product of an initiative by the Robert Wood Johnson Foundation (RWJF) and the IOM to assess the need to transform nursing and to develop recommendations that would change the face of nursing. The RWJF and AARP developed a public initiative, The Future of Nursing: Campaign for Action, to increase public awareness. The key recommendation for us as NPs was that nurses should practice to the full extent of their education and training, a primary feature in our advocacy. Other key recommendations were as follows2:

It was an exciting time for us. President Obama was in office, and healthcare and the Affordable Care Act were top headlines. The prospect of Medicaid expansion would lead to many more patients and a need for more providers. As NPs, we wanted to be those providers. However, the opposition against us was strong and focused, and the General Assembly needed to hear from us again and again, to be reminded about our education and training as NPs. Many years of nursing research revealed the quality and safety of the care we provided, as well as the high degree of patient satisfaction with our care. Several times we sponsored legislation, only to be denied in Committee. Some of us were members of Virginia’s Advisory Committee of Joint Boards of Nursing and Medicine or the Virginia BON or we participated in governmental appointments such as the Virginia Prescription Drug Monitoring Program. We continued our yearly legislative receptions across the state and pushed our legislators to hear our stories and visit our clinical practices.
In 2017, a patron who was willing to work with us and with our opponent helped develop a bill that would satisfy everyone. With our off-year wave election, the face of the General Assembly suddenly was more willing to hear us. Our challenge: We needed to educate the newly elected members and shore up endorsements from our long-time supporters and organizational partners. Our elected officials gave us their full-throated support. The 2018 General Assembly acted on our bill. HB-793 (Delegate Robinson), Nurse Practitioner Practice Agreements, passed with nearly unanimous “yea” votes in both chambers and was signed by our new governor, a physician.
This bill, a transition-to-practice bill, has been used in other states to remove the barrier of requiring a practice agreement with a physician to practice as an NP. As many as 50% of our state’s NPs are eligible to transition to practice without such an agreement by filing an attestation form that they meet the criteria. We must now encourage our members to make this advancement part of their practice. While we celebrate our success this year, we are also working to develop regulations, and our opponent continues to try to thwart our success. Once again, we will report to the General Assembly about the implementation of our bill into our practice. Much work remains to be done to continue our journey to full practice authority. We must support our friends in the General Assembly; answer questions about our safety, quality, and clinical practice; and as always, be the advocate for our patients.

Grassroots advocacy: How can you be successful?

All nurses should expect to work as advocates. In fact, advocacy is now taught as part of our role as a nurse. Advocacy will keep you busy, and you will learn a lot about people and how your government works. It may even change your life’s work. Besides, don’t you want to make a difference for your patients and your practice? As Thomas Jefferson said in 1787, We in America do not have government by the majority. We have government by the majority that participates.
Carola Bruflat is a newly retired WHNP who worked in a private obstetrics/gynecology practice in Northern Virginia. She is an active member of the National Association of Nurse Practitioners in Women’s Health (NPWH) and served as an NPWH Board Member from 2012 through 2015. She is an active member of the Virginia Council of Nurse Practitioners and is the PAC Chair. The author states that she does not have a financial interest in or other relationship with any commercial product named in this article.