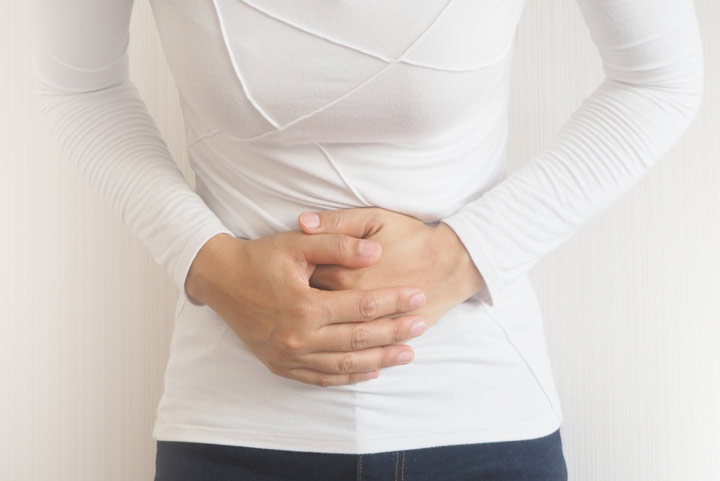 According to the US Agency for Healthcare Research and Quality (AHRQ), an estimated 26 million US women between the ages of 15 and 50 have leiomyomas or, more commonly, uterine fibroids (UF).  UF are benign tumors that originate in smooth muscle cells of the myometrium, the thick middle layer of the uterine wall that contracts during childbirth and menstruation.  More than 15 million such women will experience associated symptoms or health concerns related to UF.  Most women will develop one or more uterine fibroids during their reproductive lifespan (Baird et al., 2003).

AHRQ characterizes the personal and societal costs of diminished quality of life, disruption of usual activities and roles, lost work time, and healthcare expenditures to American women due to UF as “substantial.”  Factoring in all types of interventions for UF, the Agency estimates that direct annual healthcare costs in the US are projected to exceed $9.4 billion.  “Lost wages, productivity, and short-term disability are estimated to total more than $5 billion, perhaps as much as $17 billion, with roughly $4,624 in costs per woman in the first year of diagnosis,” the Agency reports.

Is nutrition a UF factor—either causative or curative?

Given the significant burden of disease for UF, one Poland-based research team recently undertook a comprehensive examination of published data to determine the role that vitamins and diet might play in both the risk and treatment of UF.

Their review, which spanned 20 years of the medical literature, was published earlier this Spring in the journal Nutrients.

In search of UF options

Iwona Szydłowska, MD, of the department of gynecology, endocrinology and gynecological oncology at Pomeranian Medical University in Szczecin, Poland, and colleagues utilized PubMed and Medline to perform their review.  In toto, the researchers examined 272 English language, full-text articles from 120 publications to assess any correlation between diet and UF risk and treatment.

After study analysis, Szydłowska and colleagues reported that the link between Vitamin D deficiency and the risk of UFs was strongly indicated.  Further, Vitamin D deficiency can actually stimulate cell proliferation and leiomyoma growth.  “In fact, Vitamin D3 appears to be an ideal, inexpensive therapeutic agent for non-invasive treatment of UFs, or at least fibroid growth stabilization, without contraindications and side effects of hormone therapy,” the authors concluded.  In addition, Vitamin D3 can also promote a healthier composition of the intestinal microbiota, they note, which improves the gut barrier function.

Szydłowska and colleagues found the research on the role of Vitamin A in UF to be contradictory.  However, they note that treatment with retinoids reduces cell proliferation and extracellular matrix formation and increases apoptosis in fibroids.  Therefore, they concluded that a diet rich in Vitamin A, as well as the use of synthetic retinoid analogs, can prevent UF development and limit their growth.  “A diet rich in carotenoids, such as lycopene, can reduce the incidence of UFs and promote decrease in volume,” they counseled.

The authors reported having found little data in their literature search on the role Vitamin E may play in UF, and the study results they did find appeared at odds.  Some of the studies they examined indicated that high concentrations of Vitamin E may actually contribute to fibroid growth—particularly in Caucasian women.  “Vitamin E, despite its antioxidant properties, appears not to demonstrate proven beneficial effects in terms of leiomyoma prevention and management,” they determined.

Based on the lack of available, conclusive studies, the authors determined that no clear conclusions could be drawn regarding either vitamin E and C supplementation.  However, “A diet enriched in fruits and vegetables, as sources of carotenoids, polyphenols, quercetin, and indole-3-carbinol, constitutes an easily modifiable lifestyle element with beneficial results in patients with UFs,” researchers wrote.  However, researchers added that there were some combination dietary and lifestyle option cautions.  For example, their review revealed evidence that cigarette smoking combined with high β-carotene intake “exacerbated the risk of fibroid formation.”

Contributions from the plant world

The authors’ research indicated that role of polyphenols, such as those found in green tea, in UF prevention was dependent on the dose, its duration of use, and patient selection.  For example, the authors cite, Miriello et al. noted that combined daily supplementation of epigallocatechin-3-gallate (EGCG) the major catechin in green tea at 300 mg, vitamin D (50 μg), and vitamin B6 (10 mg) can, “with no side effects, reduce myoma volume and related symptoms and improve patients’ quality of life.”  Catechins, natural antioxidants that help prevent cell damage and provide other benefits, can reduce the formation of free radicals in the body, protecting cells and molecules from damage.

On the other hand, the researchers note the caution which the European Food Safety Authority (EFSA) flagged in 2018 regarding the potential adverse hepatotoxic effects of green tea catechins at intakes ≥800 mg EGCG/day taken as a dietary supplement.

Many studies on curcumin, 1 of the 3 major curcuminoids in the turmeric plant, have demonstrated its antioxidant, anti-inflammatory, anti-carcinogenic and immunoregulatory activity at the molecular level, the researchers related.  “By suppressing anti-apoptotic proteins, curcumin can protect against the formation and growth of tumors, including uterine myomas.”  Thus, they summarize, curcumin/turmeric’s anti-inflammatory properties appeared to be “a desirable dietary component” both for women at risk of developing UF as well as in those women already impacted by the disease.

Although the exact effect of probiotics on uterine fibroids has not yet been thoroughly evaluated to date, Szydłowska and colleagues stated that the protective role of dairy products such as yogurt, has been indicated.  Further, trace elements such as selenium can also contribute to the antioxidative and anti-inflammatory properties of a recommended diet.  By contrast, heavy metals, endocrine-disrupting chemicals, cigarette smoking, and a diet low in antioxidants and fiber were associated with UF formation—in addition to genetic predispositions.

Overall, the researchers concluded that their survey of the published literature supported the conclusion that certain vitamins, plant compounds, and selenium are all useful in treating and preventing UFs.  “Natural compounds present as an alternative route in UF treatment, especially in patients with contraindications for hormonal therapy,” they wrote. They further determined that “In women treated conventionally [for UF], natural compounds can strengthen therapeutic effects.”

The complete review article, “Dietary Natural Compounds and Vitamins as Potential Cofactors in Uterine Fibroids Growth and Development.” Nutrients. 2022;14(4):734. can be accessed at no charge at https://www.ncbi.nlm.nih.gov/pmc/articles/PMC8880543/