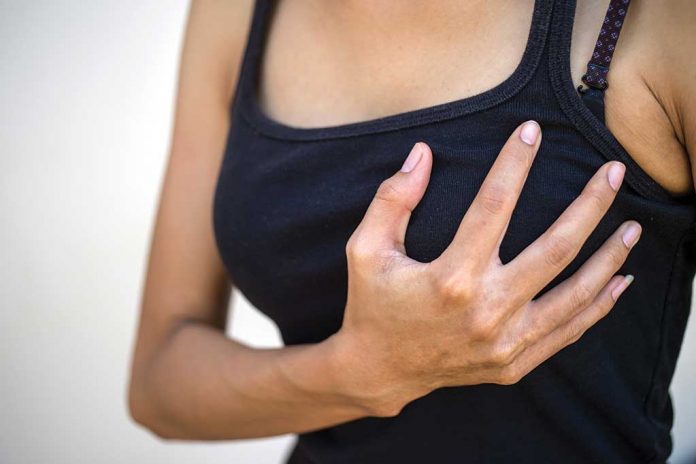 By Kathryn Trotter, DNP, CNM, FNP, FAANP
Should we worry about cancer?
SM, a 38-year-old African-American woman, presents to the office with a complaint of pain in the left breast for the past 6 months. Pointing to the outer lateral breast, she describes intermittent achiness, along with a sharp stabbing pain lasting about 30 seconds if the breast is pressed or palpated. She asks whether this pain might be a symptom of breast cancer. She is also seeking pain relief because her symptoms occasionally interfere with sleep and her exercise routine. On a scale from 1-10, SM rates her overall breast pain a 3 and the sharp stabbing pain a 6. She says that the pain in her left breast does not necessarily worsen prior to menses. However, a few times a year, she reports experiencing premenstrual tenderness in both breasts. She has not noticed nipple discharge or retraction, dimpling, skin color change, nodularity, or a mass. 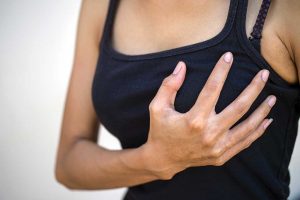 SM asks whether she should stop drinking caffeinated beverages or take a vitamin to ease the mastalgia. The NP explains that caffeine elimination has shown only limited benefit in this regard. Likewise, no vitamin deficiency has been related to breast pain, and vitamin supplementation has not been shown to relieve mastalgia.10 However, iodine, with its antioxidant properties, may be effective. A small study showed that iodine 3,000-6,000 mcg daily for 5 months was more effective than placebo in reducing pain, tenderness, and nodularity in women with cyclic mastalgia.11 The Table lists levels of scientific evidence for selected alternative therapies, including iodine, for mastalgia and other benign breast conditions.12
For patients with more severe debilitation from mastalgia, pharmacotherapies such as danazol, tamoxifen, or bromocriptine may be considered. A meta-analysis of randomized trials found that all three of these medications offer significant relief from mastalgia.13 However, each medication has major side effects and loses efficacy after discontinuation.3,8,14 Danazol, a synthetic androgen, is the only medication approved by the FDA for the treatment of mastalgia caused by fibrocystic breast changes.14

How does the follow-up proceed in this particular case?
Two weeks later, SM’s bilateral mammogram with targeted USG to the left breast from 12 o’clock to 6 o’clock is negative for calcifications or cysts. A 6 mm x 4 mm oval hypoechoic mass in the left breast at 8 o’clock consistent with benign fibroadenoma is noted. The radiology report is BI-RADS (Breast Imaging Reporting and Data System) 3, probably benign.15 A 6-month follow-up USG to recheck this mass for stability is recommended.
The NP contacts SM to discuss the imaging results. SM is delighted that the results show no sign of cancer, and reports that her breast pain has been better since her last visit. SM has not taken any OTC NSAID products and has not yet shopped for a new bra. The NP discusses two options for further follow-up: a repeat left breast USG in 6 months or a USG-guided biopsy of the left breast mass in 2-4 weeks to verify that it is benign. The NP further explains that if the biopsy results confirm that the mass is a fibroadenoma, no excision is necessary. The plan would still be to repeat the USG in 6 months to check for stability as per American College of Surgeons guidelines.16
SM elects to proceed with the biopsy because of her maternal history of breast cancer. Although the standard of care supports watchful waiting in this case—a benign presentation—some clinicians uphold the classic triple test to evaluate any mass for cancer: Feel it, image it, biopsy it.17 The NP orders the imaging-directed biopsy within a month. Three weeks later, the NP receives the pathology report. It states: Breast, left, 8:00, USG-guided needle core biopsy: benign breast parenchyma with fibroadenomatous and fibrocystic changes, negative for malignancy. Because this benign pathology result correlates with the imaging abnormality, a 6-month USG follow-up is suggested per the routine biopsy protocol.
The NP shares with SM the biopsy results and follow-up recommendation for another USG in 6 months. The NP includes an explanation that no further treatment is necessary because the tests confirm the benign nature of the fibroadenoma. To be thorough and comprehensive, the NP uses the Breast Cancer Risk Assessment Tool to inform timing of screening breast imaging.18 Although SM has a first-degree relative who has had breast cancer and now has had a breast biopsy herself, the tool indicates that her lifetime risk for developing breast cancer is 12%—which is not significantly elevated relative to the 10% lifetime risk for a woman of the same age and race/ethnicity in the U.S. population. The NP encourages SM to undergo a screening mammogram at age 40.
Fibroadenomas are the most common benign tumors in the breast, and appear most commonly in females in their teens, 20s, or 30s. They are solid masses of both glandular breast tissue and stromal (connective) tissue.1 They are not precancerous and are not excised unless they grow quickly or are extremely painful.16 In SM’s case, the fibroadenoma is an incidental finding—she may have had it for a few years—and it is likely not the cause of her pain.
SM receives instructions to follow up sooner if her breast pain worsens or if a new mass, bloody nipple discharge, retraction, or skin color change occurs. She is advised that if the sports bra and an occasional oral NSAID are not helpful, she might consider a 1-month trial of the topical diclofenac gel 3 times daily, as needed, to see whether it provides relief. In addition, she may try warm or cold packs on the breast for symptomatic relief. SM is pleased with the news and agrees with this plan. 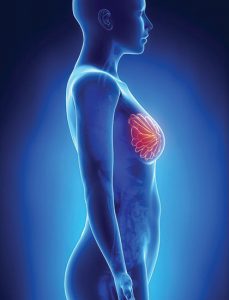 Alcohol Free Holidays for Baby and Me

Do alternative therapies help with menopause?