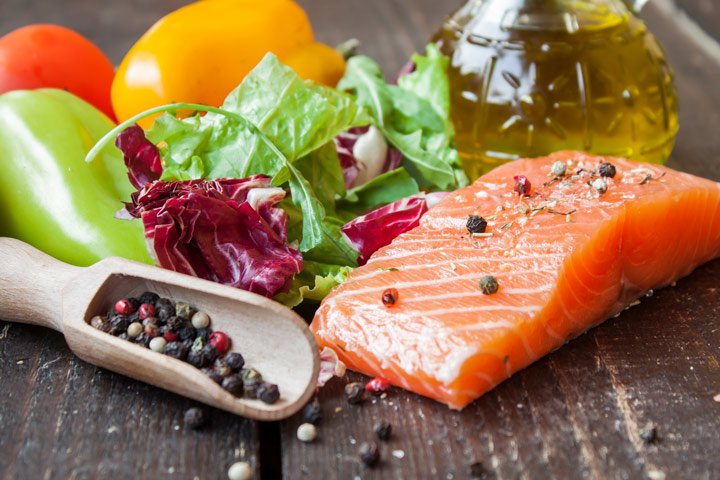 New research just published in the Journal of the American Heart Association (AHA) suggests that a woman’s risk of developing preeclampsia can be reduced by more than 20% through adherence to a Mediterranean-style diet.

An analysis of data from women enrolled in the Boston Birth Cohort, indicate that greater adherence to a Mediterranean-style diet was associated with a 22% reduction in the odds of developing preeclampsia.  Black women, who are at higher risk for preeclampsia than other patient cohorts, experienced even more risk reduction than non-Black study participants.

The risk and the challenge

Despite advances in cardiovascular and obstetric care, hypertensive disorders of pregnancy and pregnancy‐related mortality remain major public health problems in the United States. Preeclampsia, a disorder of widespread vascular endothelial malfunction and vasospasm that occurs after 20 weeks’ gestation, is clinically defined by hypertension and proteinuria, with or without pathologic edema.  In preeclampsia, the mother’s high blood pressure reduces the blood supply to the fetus, which may receive less oxygen and fewer nutrients. According to the Centers for Disease Control and Prevention (CDC), preeclampsia occurs in about 1 in 25 pregnancies in the US and can lead to seizure, stroke, multiple organ failure, and even death of the mother and/or baby.

Cameron and colleagues (JAHA, 2022) found that the incidence of new‐onset hypertensive disorders of pregnancy (gestational hypertension and preeclampsia/eclampsia) have nearly doubled in both rural and urban areas in the US from 2007 to 2019, with accelerating rates since 2014.  Further, the National Institutes of Health’s Eunice Kennedy Shriver National Institute of Child Health and Human Development states that infants born preterm due to preeclampsia are at higher risk of some long-term health issues.

Given its significant and rising public health burden, research is underway to identify modifiable factors that can be targeted for preeclampsia prevention.  In this newly released study, a team of clinicians from Johns Hopkins University sought to explore whether a Mediterranean‐style diet was protective for preeclampsia in a large cohort of racially and ethnically diverse, urban, low‐income women.

Adoption of the Mediterranean-style diet, with its emphasis on vegetables, fruits, legumes, nuts, olive oil, whole grains and fish, has been demonstrated in prior studies to reduce the risk for heart disease in adults.  In fact, the Hopkins team had already determined in a previous study that greater adherence to a Mediterranean‐style diet was associated with reduced risks of preterm birth and low birth weight in pregnant women.  Their hypothesis for this study followed: given the shared risk factors between cardiovascular disease, preterm birth, and preeclampsia, might observance of the Mediterranean diet also reduce the risk of preeclampsia?

To explore their theory, the investigators analyzed data from the Boston Birth Cohort, a prospective cohort study based in Boston, Massachusetts.  The Cohort’s race and ethnicity composition reflects the patient population of the Boston Medical Center, the largest safety net hospital in Boston which serves a predominantly urban, low‐income, minority population and from which all study participants were recruited.

Among 8,623 participants, researchers analyzed health and dietary data for 8,507 women with an average age of 25 years old.  Nearly half the patients were Black, 28% were Hispanic, and the remainder were White or of unspecified race.  Maternal sociodemographic and dietary data were obtained via interview and food frequency questionnaire within 24 to 72 hours postpartum, respectively.  Questionnaires tracked maternal intake of various foods by weekly frequency for the duration of pregnancy.

However, women who ate a Mediterranean-style diet during pregnancy had more than 20% lower odds of developing the condition.  A subgroup analysis of Black women demonstrated that their risk was reduced even further to 28% among those who adhered to the Mediterranean regimen.

“This is remarkable because there are very few interventions during pregnancy that are found to produce any meaningful benefit,” stated lead author Anum S. Minhas, MD, MHS, chief cardiology fellow and a cardio-obstetrics and advanced imaging fellow at Johns Hopkins University, in a statement issued by the AHA .  “And medical treatments during pregnancy must be approached cautiously to ensure the benefits outweigh the potential risks to the mother and the unborn child.”

“The US has the highest maternal mortality rate among developed countries, and preeclampsia contributes to it,” he noted.  “Women should be encouraged to follow a healthy lifestyle, including a nutritious diet and regular exercise, at all stages in life.  Eating healthy foods regularly, including vegetables, fruits, and legumes, is especially important for women during pregnancy.  Their health during pregnancy affects their future cardiovascular health and also impacts their baby’s health.”

The complete study findings for consideration in your practice are found at no cost here:  “Mediterranean‐Style Diet and Risk of Preeclampsia by Race in the Boston Birth Cohort.”

A wealth of preeclampsia resources for you and your patients

In the US, preeclampsia is a leading cause of maternal death, severe maternal morbidity, maternal intensive care admissions, cesarean section, and prematurity (Rana et al. 2019).  Preventing such outcomes begins with keeping current on best clinical practices and the special education efforts you make with your patients at risk.  Here are some high-quality sourced assets to empower you on both fronts.

The National Institutes of Health’s Eunice Kennedy Shriver National Institute of Child Health and Human Development points clinicians to a plethora of tools and resources to aid you in your care of these patients at risk, including: