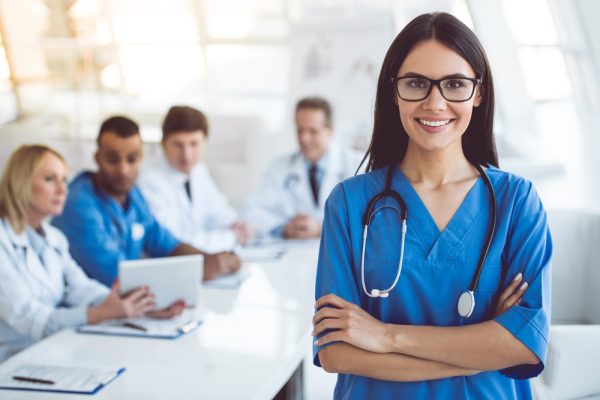 The National Association of Nurse Practitioners in Women’s Health (NPWH), in collaboration with the National Certification Corporation (NCC), completed its Women’s Health Nurse Practitioner (WHNP) Workforce Demographics and Compensation Survey in fall 2018. Major objectives of the survey were (1) to obtain detailed demographic information to understand who today’s WHNPs are, where they work, what they do, and which populations they serve, (2) to identify trends in employment compensation specific to WHNPs, (3) to ascertain associations among WHNP education, experience, practice characteristics, and compensation, (4) to identify associations among experience, practice characteristics, and employment/role satisfaction, and (5) to explore trends and attitudes regarding the preceptor role.

This report highlights findings from the 2018 NPWH WHNP Workforce Demographics and Compensation Survey. A second report will be prepared to identify important associations among the data and to describe findings related to trends and attitudes regarding the preceptor role.

All WHNPs were eligible to participate in the survey. Participants were recruited through an email invitation with a link to the survey. This invitation, which was sent through the NCC, was emailed to all NCC-certified WHNPs (N = 11,319). In addition, NPWH sent notifications about the survey through its weekly email brief over a period of 3 weeks. The NPWH notification included information for WHNPs to contact the Communications and Outreach Associate at the NPWH office if they did not receive the email invitation or if they were a WHNP but not currently certified as such and wanted to participate in the survey. No additional participants were recruited. The survey was open for 3 weeks. NCC sent three follow-up emails to encourage participation.

The survey was administered via Survey Monkey software. Participants’ anonymity was maintained. A total of 2,374 WHNPs completed the survey, for a response rate of 21%.

The analysis for this report was completed using IBM SPSS Statistics 25.0. 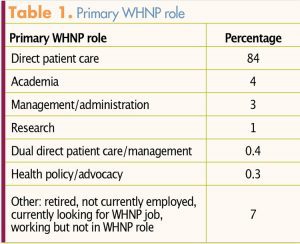 What do WHNPs do?

A total of 2,137 respondents (90%) indicated that they currently provide direct patient care as a WHNP, with 84% describing this as their primary WHNP role (Table 1). Other respondents reported their primary WHNP roles as being in academia, management/administration, research, dual direct patient care/management, or health policy/advocacy. Approximately 7% of the respondents indicated that they were retired, not currently employed, looking for a WHNP job, or working, but not in a WHNP role.

What are the demographics for WHNPs who currently provide direct patient care?

What types of direct patient care do WHNPs provide and where do they provide this care?

Approximately 16%* of respondents reported caring for hospitalized patients as part of their WHNP responsibilities in their primary care setting, with the majority of this group providing antepartum, postpartum, and/or gynecologic care. Other types of care provided by WHNPs for hospitalized patients included gynecologic oncology care, breast conditions/oncology care, and urogynecology care.

What is the educational level of WHNPs?

The majority of respondents (77%) indicated that they prepared for the WHNP role in master’s degree, post-master’s certificate, or doctor of nursing practice (DNP) programs, with the remaining 23% doing so in non-degree certificate programs. Most WHNPs (85%) reported currently holding master’s or doctoral degrees as their highest level of education (Figure 4). An additional 3.5% of respondents indicated they were currently working on doctoral degrees, primarily DNP degrees.

* This percentage does not include several WHNPs with dual CNM certification who reported that they provided intrapartum care. 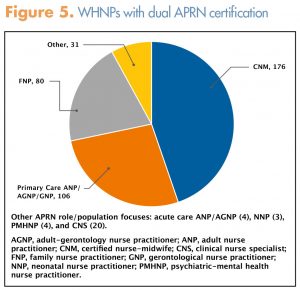 What is the compensation for WHNPs who provide direct patient care?

Respondents were asked to describe their compensation arrangement of annual salary, hourly wage, or net annual income if self-employed, or whether they volunteered their time. Of the 1,950 respondents (91%) who provided income information, 73% reported annual salaries, 25% reported hourly wages, and 2% reported net annual incomes for self-employment. Fewer than 1% reported that they volunteered their time. 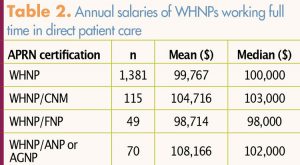 Two out of three respondents (66.8%) reported that they worked full time (35+ hours/week) in direct patient care. Themean annual full-time salary for respondents certified solely as WHNPs was $99,767. Annual salaries did show some variation between respondents who were certified solely as WHNPs and those who were dual certified. Other salary variables (e.g., years of experience, worksite setting, specialty practice, doctoral degree) were not analyzed for this report. Table 2 lists annual WHNP salary information in relation to certifications. The mean hourly wage for respondents who reported working full time or part time in direct patient care was $54.25.

Fewer than half of respondents (42.9%) indicated that they received a bonus separate from a pay increase in the past 2 years. Bonuses were based on a variety of criteria (Table 3). Some respondents indicated more than one criterion for determining bonus amount.

Are WHNPs who provide direct patient care satisfied with their career and employment? 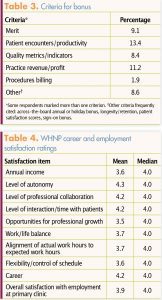 Which memberships in women’s health and APRN organizations do WHNPs hold?

The 2018 NPWH WHNP Workforce Demographics and Compensation Study focused on WHNPs who provide direct patient care. A second survey could help capture demographics and compensation data for WHNPs who function in the WHNP role outside of direct patient care (e.g., academia, research, administration, policy). In addition, the data from this national study may not necessarily reflect regional and state environments.

WHNP salaries are likely influenced by several variables. Some of these variables include years of experience, worksite setting, self-employment, and specialty focus. This report provides annual salaries based on the variable of solo versus dual national NP certification. Further data analysis would allow for a second report that could identify important associations among data, including these salary variables. 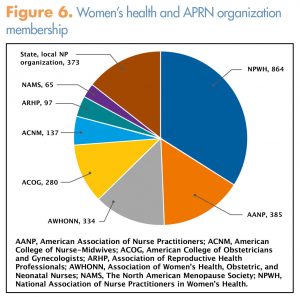 NPWH thanks Dr. Jagdish Khubchandani for his time and expertise in providing data analysis and assisting with the preparation of this report. Dr. Khubchandani is Associate Professor of Health Science at Ball State University in Muncie, Indiana.