Non-suicidal self-injury (NSSI) is an increasingly common way in which adolescents and adults cope with emotional pain. This article covers ways to recognize NSSI behaviors before they cause irreversible damage and to guide patients toward receiving the treatment they need.

Non-suicidal self-injury (NSSI) is the act of deliberately injuring one’s own body tissues for non–socially-sanctioned reasons. NSSI is also known as self-harming, self-inflicted violence, self-mutilation, or cutting—in the absence of suicidal intent.1 Nurse practitioners (NPs) can play an important role in identifying patients who self-injure and helping them obtain appropriate therapy. The authors discuss the nature and prevalence of NSSI, risk factors and common signs and symptoms of NSSI, and available therapeutic
interventions.

A phenomenon first described in the literature in the 1960s, NSSI has provoked growing concern. Because of its increasing prevalence, NSSI has been added to the Diagnostic and Statistical Manual of Mental Health Disorders, Fifth Edition (DSM-5).2 The term self-injury refers to a broad range of behaviors resulting in damage to body tissue (Box 1).2 The term non–socially-sanctioned reasons is included in the DSM-5 definition of NSSI in order to exclude tattooing and piercing, unless either is done with the intent to self-injure.3 Although non-suicidal intent is a defining characteristic of NSSI, persons who repeatedly engage in this behavior may indeed be suicidal. Both females and males engage in NSSI, although females are more likely to cut themselves and males are more likely to burn or hit themselves.4,5

The nature of NSSI

Strong evidence suggests that NSSI is an emotion-regulating behavior.6-8 Many persons who self-injure do so to regulate their intense negative emotions and calm themselves quickly.3,8 Others may do so to evoke emotion when they feel dissociated, to self-punish, to gain self-control, to solicit attention, or to gain acceptance by or show allegiance to a group.3,8 In many cases, NSSI behavior serves multiple purposes.3,8

Although somewhat counterintuitive, the act of hurting oneself has been shown to make the person engaging in the practice feel better via multiple potential pathways. Some empirical support exists for a theory that self-injury may result in a release of pain-relieving, even euphoria-inducing, endorphins.9 The relief is real, but the respite is short lived; NSSI behavior can be addictive.9 Others posit that the theory of endogenous opioid release is an oversimplification of the relief mechanisms involved, and that additional study is needed.10,11

Self-injurious behavior has been reported in 13%-25% of adolescents and young adults, with the behavior commonly beginning between the ages of 14 and 24.3,4,12,13 Some studies have suggested that young persons identifying as bisexual or questioning are at significantly elevated risk for self-injury compared with their heterosexual and homosexual peers; this finding is especially true for females.8,14 Other studies have reported the following risk factors for NSSI: depression, depression in one’s parents, anxiety, substance abuse, borderline personality disorder (BPD), post-traumatic stress disorder, self-identification as non-heterosexual, emotional or physiologic distress, and difficulty with interpersonal relationships.9,14

Students who lack teacher support and who are exposed to a negative peer climate in the school setting are at higher risk of NSSI.15 Engagement in NSSI among young persons may also be attributed, at least in part, to social contagion. Some young persons begin cutting themselves after they learn that a friend has tried it or after they are exposed to NSSI via a movie, a song, or the Internet.16 A comparison of the lyrics of contemporary songs with those written before 1990 shows that the number of songs referring to NSSI has increased almost 20-fold. References to NSSI in movies have increased almost 3-fold over the same time period.17

Although often initiated in adolescence, NSSI is not limited to this age group, with a reported adult lifetime prevalence of approximately 6%.5,18 Adolescents and adults with mental illness are reported to have the highest incidence of NSSI. Common co-morbid disorders found in adolescents and adults with NSSI include emotional distress, anxiety, depression, and emotional dysregulation.5 Recent research suggests that adolescents whose parents exhibited self-regulatory challenges such as substance use or attention deficit disorder were at increased risk for NSSI.19

Nurse practitioners, especially those who care for adolescents and young adults, play a key role in identifying NSSI. Many patients with NSSI feel shame and guilt and therefore try to hide their self-harming behaviors.8 Awareness of NSSI risk factors and common signs/symptoms can alert NPs to perform a more thorough assessment for these behaviors in relevant cases. Although specific signs attributed to NSSI are difficult to identify, direct closed questions regarding self-harm can be effective.

Signs of NSSI that may be found during a physical examination include unexplained or clustered scars, fresh cuts, burns, or other signs of bodily damage. Common areas of injury are those that are easily accessible: the upper chest and torso, the arms, and the legs. Unexplained use of bandages, blood stains on clothing, and inappropriate dress for the weather (e.g., long-sleeved shirts in the summer) may be observed. In patients with these physical findings, the index of suspicion for NSSI may be even higher in those who have BPD, depression, a substance use disorder, an eating disorder, or a conduct disorder.4

When interacting with a patient in whom NSSI behaviors are suspected, NPs need to establish an atmosphere of trust and engage in open and honest communication. Any self-injuries discovered during the visit should be addressed with compassion and without judgment. To confirm that the injuries are related to self-harming acts, NPs can ask the patient about what prompts her to self-injure, how this behavior is affecting her life, and what she believes would help stop this behavior. The questions listed in Box 2, developed by the authors from their combined 25 years of professional experience and a review of the primary literature, can facilitate establishment of an open dialogue.

Once NSSI is identified, the NP can use the Self-Harm Behavior Questionnaire (SHBQ) to further assess the case.20 The SHBQ can be used to aid in diagnosing NSSI and differentiating patients who are at an increased risk of suicide. This self-report instrument effectively measures NSSI, suicidal ideation, suicidal threats, and previous suicide attempts.21 Reliability data for the SHBQ have been shown to be high, with internal consistency values for alpha consistently above 0.9; validity of this tool has also been demonstrated when used in adolescents. The tool relies on both quantitative and qualitative questions such as “Have you ever hurt yourself intentionally without wanting to die?” and “What type of reaction were you hoping to get from others?” Studies have shown that the greater the severity of the NSSI, the higher the suicide risk.22,23 When NSSI does not ease the emotional pain, or when the person stops engaging in the behavior without ongoing support, suicide risk may increase.8 Even if a person’s suicide risk is low, certain NSSI behaviors—for example, cutting oneself deeply—can increase the risk for infection, which could, without proper care, result in sepsis or even death.24

Once the existence of NSSI is confirmed, the next step is to ensure the patient’s safety. If the patient appears to pose a substantial threat to herself or others, NPs must institute emergency safety measures such as direct admission or emergency detention. If the patient is not a major threat to herself or others and is not ready to engage in treatment, NPs should respect her wishes, convey understanding, and maintain an open line of communication. Expressions of empathy are important to build trust and rapport. Validating that other people with similar levels of stress, chaos, family history, health history, or life experiences have injured themselves can help keep lines of communication open.25,26 Of note, validation is not the same as condoning or endorsing the behavior.

For patients with mild, new-onset NSSI who want to stop engaging in the self-injurious acts, NPs who feel comfortable treating them can initiate a discussion about recognizing triggers for the behavior. They can also provide suggestions about various therapeutic approaches (Box 3). The recovery process, even in mild cases, is usually characterized by frequent exacerbations and remissions. For patients whose problems are moderate to severe, longer term, and/or more complex, NPs can describe the types of treatment that are available and refer them to a mental healthcare provider experienced in working with patients with NSSI.

No consensus exists regarding the efficacy of any one intervention or combination of interventions in treating NSSI. A typical approach may entail managing the patient’s co-morbid condition (e.g., depression, anxiety), improving her awareness of triggers and symptoms, developing a plan to avoid the triggers and manage the stress, and enhancing her capacity to regulate her emotional distress.27

Psychotherapeutic approaches
Approaches focusing on collaborative therapeutic relationships, motivation for change, and the self-injury behaviors themselves have been shown to reduce NSSI.28 Cognitive behavioral therapy (CBT) is the evidence-based treatment of choice for reducing relapse.29 CBT includes the use of skills such as problem solving, assertiveness, and distress tolerance. Even with aggressive treatment, 40%-60% of adolescents continue to self-injure.30 Other psychotherapeutic interventions used to treat patients with NSSI include dialectical behavior therapy, emotion regulation group therapy, manual-assisted cognitive therapy, and dynamic deconstructive psychotherapy.28

Pharmacologic approaches
Neurobiologic factors contributing to the dysregulation of norepinephrine, dopamine, serotonin, and endogenous opioids may be at play in patients with NSSI.31 However, evidence validating pharmacotherapy targeting these neurobiologic factors in NSSI remains limited. No medications are specifically approved by the FDA to treat NSSI.

Findings from a 2014 systematic review offer some support for the use of medications targeting psychiatric co-morbidities for symptom improvement in individuals with NSSI, especially depressed adolescents.28 Results of a randomized controlled trial (RCT) support the use of the atypical antipsychotic aripiprazole in patients with NSSI and BPD.32,33 In a non-randomized controlled study, use of the atypical antipsychotic ziprasidone, when compared with other antipsychotics, resulted in reductions in self-injurious behavior in adolescents.34

Results of several trials of lesser quality have suggested improved clinical outcomes with medications such as fluoxetine, venlafaxine, buprenorphine, and naltrexone.35-38 However, these results must be replicated with more stringent controls and larger sample sizes in order to validate them. The limited research to date provides hope, but it is insufficient to enable even an initial structuring of an evidence-based decision tree to guide pharmacotherapy.28 Off-label prescribing of medications is reserved for psychiatrists with experience in treating NSSI in collaboration with NPs and other members of the interdisciplinary care team.

Although the review of the literature reveals promising groundbreaking work in identifying and treating NSSI, the state of the science is still in its infancy. Additional well-designed RCTs that separate out and clearly identify co-morbid conditions in the sample population are needed. When seeing patients displaying suspected NSSI behavior, NPs can identify the behavior, create an atmosphere in which the patient can safely express her feelings, and decide whether to offer therapy or refer the patient to a mental healthcare provider. Patients who self-injure need support and empathy. Instilling hope, improving patients’ coping skills, and encouraging therapy such as CBT are among the most important elements of treating NSSI. Referrals and interdisciplinary care are encouraged to improve care coordination and patient outcomes.

Erik P. Southard is Associate Professor and Chair, Department of Advanced Practice Nursing; Renee N. Bauer is Assistant Professor and Director of the Accelerated 2nd Degree Track, Department of Baccalaureate Nursing; and Andreas M. Kummerow is Instructor and Director of the RN to BS Track, Department of Baccalaureate Nursing Completion, all at Indiana State University in Terre Haute. The authors state that they do not have a financial interest in or other relationship with any commercial product named in this article. 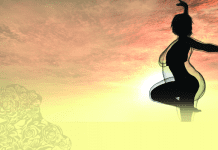