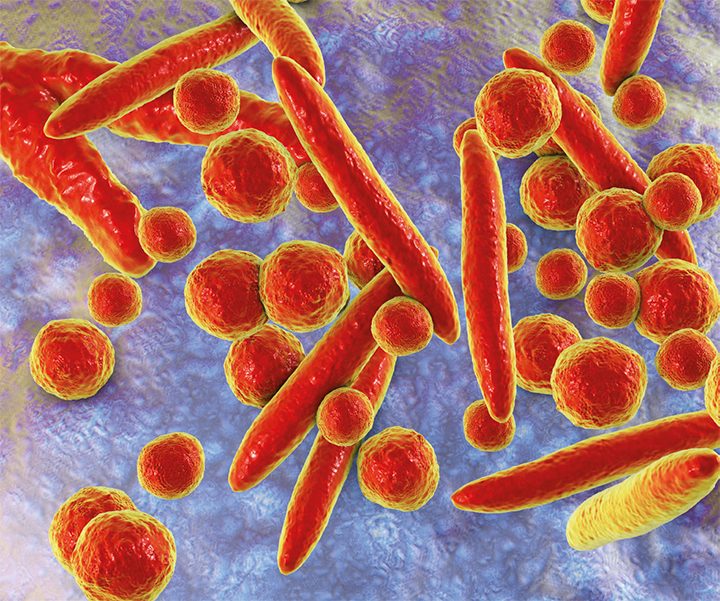 Mycoplasma genitalium-related infection: An STI not quite ready for prime time

Mycoplasma genitalium has been designated by the CDC as an emerging concern among sexually transmitted pathogenic bacteria. Although M. genitalium-related infections are becoming more prevalent worldwide, and more is being learned about them, many questions about the pathogenesis and management of these infections remain unanswered. Until clear clinical guidelines are established, what should healthcare providers know about M. genitalium-related infections?
Healthcare providers (HCPs) reading this article may be familiar with the bacterium’s name, Mycoplasma genitalium, or perhaps they have heard some vague references to it in articles about sexually transmitted infections (STIs). However, if HCPs are not sure which symptoms are associated with M. genitalium related infections, when to order a test or even if such a test exists, where to obtain a sample for testing, or how to treat a diagnosed infection, they are not alone. HCPs are likely to have many questions because STI experts still have many questions. The picture of M. genitalium is slowly coming into view, but this bacterium and the clinical syndromes it causes are not quite ready for prime time. What do HCPs need to know about this growing threat, and how do they integrate this knowledge into practice while waiting for clear clinical guidelines? HCPs can become familiar with the syndromes that M. genitalium causes, know when and how to test for the bacterium (or at least when to suspect it), and know which antibiotics are most effective in treating it. This article provides an overview of emerging knowledge of this bacterium, the diseases it causes, the challenges it poses, and developing clinical recommendations.

Mycoplasma genitalium is a member of the class of bacteria called Mollicutes. Within the genus Mycoplasma are several species, many of which are not clinically relevant. The human genital tract is the main site of colonization for three known species of Mycoplasma: M. hominis, M. genitalium, and M. penetrans.1 In 2015, the CDC first included M. genitalium informally in its Sexually Transmitted Disease Treatment Guidelines as an emerging STI.2 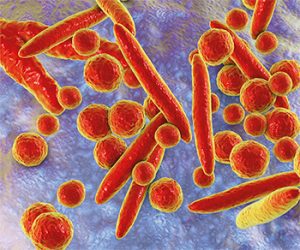 In the 1980s, M. genitalium was identified as a cause of male nongonococcal urethritis (NGU).3 Since then, the role of this pathogen in male NGU has been well established. The prevalence of M. genitalium infection in men with NGU is 10%-25%.4-7 Among men with persistent or recurrent NGU, however, M. genitalium positivity increases to 41%-50%.5-7 In most settings, M. genitalium-related NGU is more common than urethritis caused by Neisseria gonorrhoeae and almost as common as or more common than urethritis caused by Chlamydia.8 M. genitalium-related infections have been identified in the male foreskin, rectum, and epididymis as well. Less is known about the natural history of infections in these areas because they are mostly asymptomatic.
In addition, less is known about the pathogenesis of M. genitalium-related infections in women than in men. Fewer studies have been conducted in the former, and sample sizes have been small. M. genitalium has been found in the urethra, cervix, endometrium, and Fallopian tubes. Proving causation of genital tract syndromes such as cervicitis and pelvic inflammatory disease (PID) is more challenging. Many M. genitalium-related infections are asymptomatic. Furthermore, diagnoses for conditions such as cervicitis and PID are imprecise and subject to variability among HCPs. Proving any microbiologic diagnosis in PID is difficult, although evidence is building.
In vitro studies show microscopic damage of cilia in human Fallopian tubes by M. genitalium.9 Stronger evidence of a causal role in female genital tract infections was provided by Lis et al10 in their recent meta-analysis. This meta-analysis, in which studies reported between 1980 and 2014 were reviewed, showed that M. genitalium-related infection was associated with an approximately two-fold increased risk of cervicitis, preterm birth, spontaneous abortion, PID, and infertility in women.

Challenges in diagnosis and treatment

The small size and simple structure of M. genitalium are at the root of the clinical challenges in addressing this bacterium. First, diagnosis is hampered by limited availability of testing. At present, no FDA-approved diagnostic tests are available. Culture takes weeks to months. Susceptibility testing is even more challenging and is available at only a few laboratories in the United States. Although nucleic acid amplification tests (NAATs) using polymerase chain reaction (PCR) and transcription-mediated assay (TMA) are not FDA approved, several large medical centers and large commercial laboratories have made them available by completing the required validation studies. Specimens from the cervix, urethra, vagina, and urine are all acceptable sites for NAATs.
Second, M. genitalium poses several treatment challenges. Mycoplasma bacteria lack a cell wall, a feature that makes them resistant to many common antibiotics (e.g., beta-lactams such as penicillins and cephalosporins). At present, only two antibiotics, azithromycin and moxifloxacin, have been shown to have acceptable efficacy in treating M. genitalium-related infections.11 Treatment with a 7-day course of doxycycline is inadequate; the median cure rate is 31%.2 Likewise, ciprofloxacin, ofloxacin, and levofloxacin have poor activity against M. genitalium.11 Other agents such as gemifloxacin, sparfloxacin, grepafloxacin, trovafloxacin, and garenoxacin are under investigation.11
Mycoplasma genitalium infections are rapidly developing resistance to azithromycin. Before 2009, the cure rate with azithromycin in these cases was about 85%; since 2009, it has dipped below 67%.12 In some settings, approximately 50% of all M. genitalium infections are resistant to azithromycin.2 Some studies have shown that retreatment with an extended-dose regimen of azithromycin may increase efficacy marginally, whereas other studies have shown no improvement.13 Although azithromycin is becoming less effective, the cure rate for moxifloxacin, between 85% and 100%, remains strong.2,13

If M. genitalium infection is clearly established as a cause of genital tract syndromes in both men and women and is known to be sexually transmitted, should HCPs start screening for it? Many criteria must be fulfilled before a large-scale public health screening program can be recommended. With respect to what is known about M. genitalium, some of these criteria are met, whereas others are not.14 It is known that this bacterium is common and communicable, two criteria that support screening efforts. By contrast, it is uncertain whether M. genitalium infection causes significant morbidity and how often it causes PID and other major sequelae.14 Is morbidity preventable? Treatment is not consistently effective. Is it associated with major costs? Few data exist on the potential healthcare-related costs and the population-level morbidity of infection.14
Routine Chlamydia screening of young women was recommended after clear evidence showed that such screening reduced the incidence of PID (and therefore ectopic pregnancy, chronic pelvic pain, and infertility).14 However, even the success of this intervention is in question. The prevalence of Chlamydia infections continues to rise despite 20 years of widespread screening.15

For now, until more information becomes known about M. genitalium, Golden et al14 have suggested a few indications for testing: (1) persons failing treatment for urethritis, PID, or cervicitis; and (2) sex partners of persons diagnosed with M. genitalium infection. These authors go on to suggest that some HCPs may consider testing even first cases of urethritis, PID, and cervicitis if resources allow. If test results are negative for Mycoplasma, doxycycline may be preferred in an effort to decrease the drive toward azithromycin resistance.14
The CDC still recommends a single dose of azithromycin 1 g for treatment of M. genitalium infection. Study results suggest that longer regimens may be marginally superior, but only for persistent or recurrent infections. For patients with recurrent cases initially treated with azithromycin, the CDC recommends moxifloxacin 400 mg/day for 7, 10, or 14 days.2 Routine tests-of-cure for asymptomatic persons are not recommended.
Although much remains unknown about this elusive bacterium, the body of evidence regarding M. genitalium is growing rapidly. The next CDC STD Treatment Guidelines will likely be released in 2020. HCPs can hope for much more robust guidance in this next issue of the guidelines.
Melanie A. Deal is a nurse practitioner at University Health Services at the University of California, Berkeley. The author states that she does not have a financial interest in or other relationship with any commercial product named in this article.