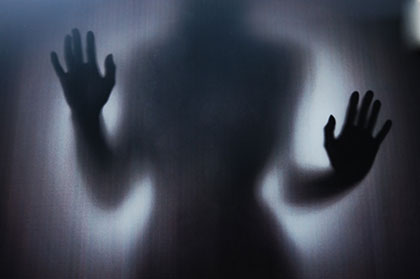 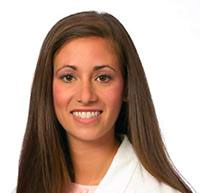 By Brooke M. Faught, MSN, WHNP-BC, IF
Healthcare providers (HCPs) need to understand a patient’s experience of a health condition in order to provide effective care in a holistic manner. This recommendation is especially important in cases of elusive health conditions that may be unfamiliar to most patients and even to some HCPs. In Part 1 of this two-part series, readers learned that persistent genital arousal disorder (PGAD) involves unwanted, unwarranted, persistent symptoms of genital arousal that frequently border on pain. In many cases, these symptoms are debilitating. In part 2 of this series, two women share their personal experiences with PGAD. Two additional accounts of PGAD are available. 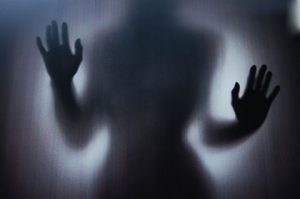 I am a 36-year-old Canadian mother of two young children. I was 32 when I got PGAD from an SSRI drug here in Canada. I only went on the drug because I was having sleep issues caused from anxiety over my child’s health issues. When I started the drug, within 3 days I started to notice a weird pulsation—almost like a twitch—in my vagina. I was concerned but felt that maybe I was getting a bladder infection so I went to the doctor, who told me I did not have a bladder infection. I decided the only thing I had done differently since getting the weird vaginal symptom was start the SSRI. So I discontinued it after being on it for 10 days total.
This is when it all got worse. I started to get horrible arousal sensations and the twitching continued and was really bad. I also had restless legs sensations and a very overactive bladder. It was awful. It was like a switch was flicked to full on in my spine and affecting my bladder, vagina, and legs. I then went to my family doctor because I couldn’t sleep; the sensations were constant. He told me he thought it was pudendal neuralgia, even though I told him it only started after the drug. He then put me on gabapentin and clonazepam, and over the span of 2 years, it calmed down.
I decided to go off the medications and my PGAD has remained calm. Also during this time, I saw a vascular surgeon who treated me for pelvic congestion syndrome. I don’t think it helped too much. (I have an identical twin with pelvic congestion syndrome, and she does not have any PGAD symptoms.) I had an MRI done, which showed I also have two Tarlov cysts as well as sacral joint dysfunction and inflammation. My symptoms in the beginning were very traumatic and bothersome. Four years later, they are mostly mild, but I still have some flares with it, usually if I sit too much or if I get a bladder infection. I avoid anything that messes with serotonin or dopamine because I feel this is why I have PGAD. I believe I have some type of dopamine and serotonin dysregulation in my brain from the SSRI.
PGAD has affected my daily living to the point where it makes sleep difficult. I had to find a job where I could stand instead of sit; sitting too long can make the PGAD worse. PGAD has also affected my marriage. My husband does not understand that it affects every aspect of my daily living. It has added to our marital breakdown and we rarely have any intimate relations because of it. PGAD has destroyed many aspects of my life. I was diagnosed with PTSD from the whole PGAD ordeal because it was so scary and unknown.
The worst part of PGAD was not PGAD itself; it was the feeling of hopelessness. I went to my family doctor, who refused to believe that the SSRI caused this and was mean and very dismissive. He refused to order the necessary tests and just said it was pudendal neuralgia—even though I had only PGAD and no other pudendal neuralgia symptoms. I know it was the drug and what I want all doctors and the public to know is that these drugs can and do cause PGAD and it is permanent. I will never be cured because the damage to my brain is done. But I have managed to survive it and help make it mild. First, I stay away from all medications if possible. I take only natural things for symptom relief such as chamomile, magnesium, and valerian root. I also use a TENS machine and get pelvic floor physiotherapy.
My hope is that someday PGAD will be better known and there will be effective mainstream treatment for it. I wish that doctors will be more knowledgeable about it and help their patients who come to them with PGAD from any of the known triggers. Until then, I continue to persevere and cope the best I can and help others who also suffer from PGAD. Thanks for reading my story.
Brooke M. Faught is a nurse practitioner and the Clinical Director of the Women’s Institute for Sexual Health (WISH), A Division of Urology Associates, in Nashville, Tennessee. She is a Fellow of the International Society for the Study of Women’s Sexual Health (ISSWSH). The author states that she serves as a speaker and advisory board member for Shio-nogi and Valeant and an advisory board member for the Female Health Company.